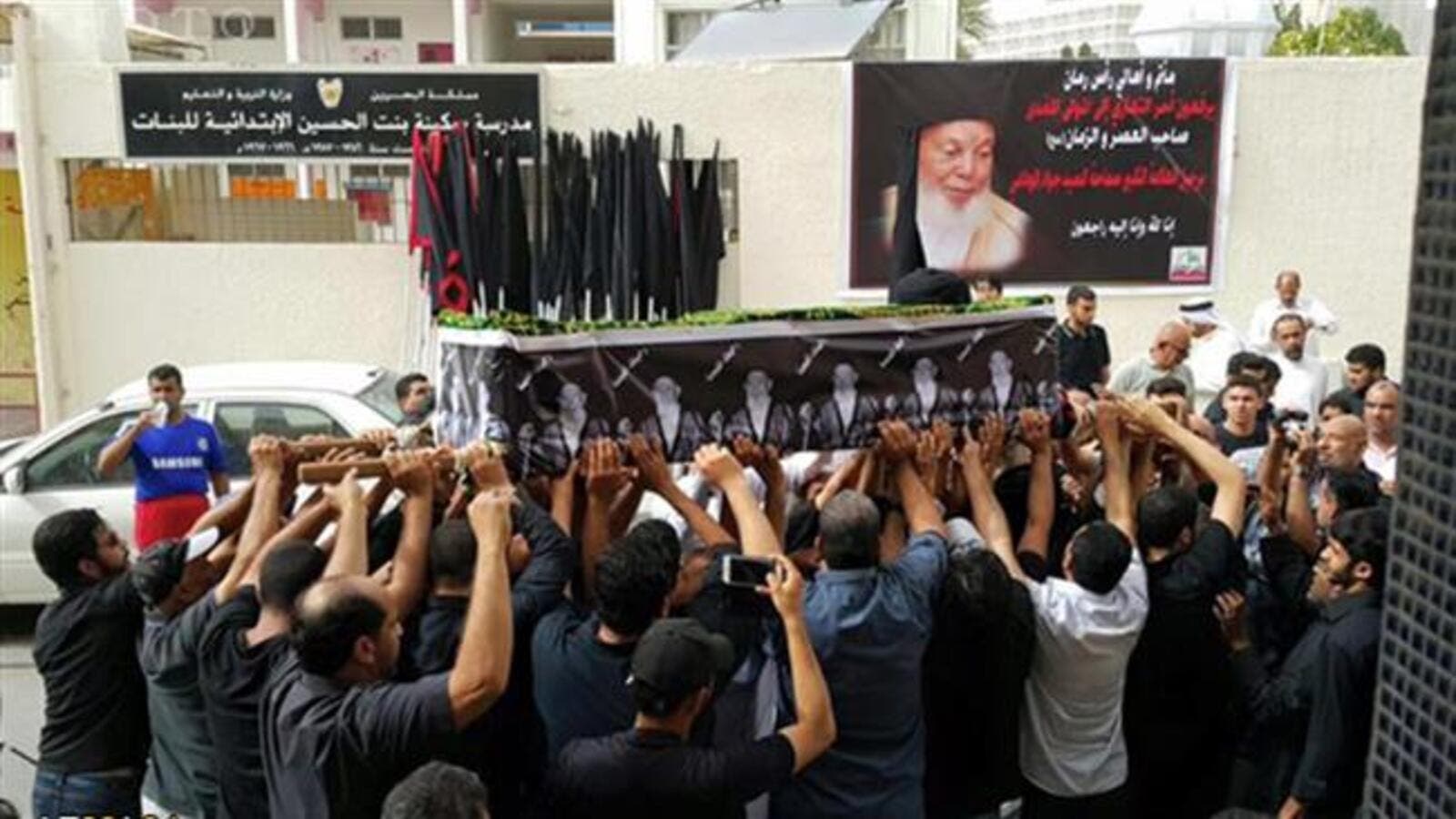 Bahraini mourners carry the coffin of Allameh Seyyed Javad al-Veda'i during his funeral procession in the capital Manama on March 22, 2016. (PressTV)

The Shia Muslim cleric was one of the most prominent leaders of the Bahraini revolution.

Allameh al-Veda'i, who passed away at the age of 93 on Monday, was hospitalized last Friday after his health deteriorated.

Despite the possibility of a crackdown by security forces, people marched in their thousands to take part in his funeral. Many political and social figures also attended his funeral.

The Shia cleric was known as a popular leader who fought for human rights in Bahrain. He was an outspoken critic of the al-Khalifa regime and signed many anti-regime statements made public by other renowned Bahraini clerics and activists.

Since February 2011, thousands of anti-regime protesters in Bahrain have held numerous demonstrations on an almost daily basis, calling for the Al Khalifa family to relinquish power.

The uprising, however, has been met with a heavy-handed crackdown, with security forces killing more than a hundred and jailing hundreds more, including senior opposition leaders.

Manama has also enjoyed the support of Saudi and Emirati troops in quelling the protests.

UK-based Amnesty International and other rights groups have repeatedly censured the Bahraini regime for the "rampant" human rights abuses against anti-government protesters.