Published June 6th, 2021 - 09:04 GMT
A US soldier walks at the Qayyarah air base, where US-led troops in 2017 had helped Iraqis plan out the fight against Daesh in nearby Mosul in northern Iraq, before a planned US pullout. (File/AFP)
Highlights
American military forces' major airbase in Iraq was attacked by unknown aerial vehicles.

Unmanned aerial vehicles have reportedly struck a major airbase in Iraq’s western province of Anbar, where American military forces and trainers are stationed. 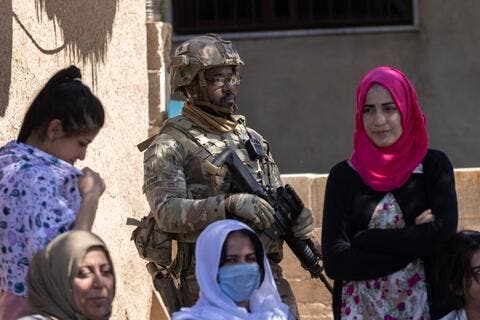 The report said C-RAM and Patriot missile systems deployed at the base were not able to intercept the aircraft.

BREAKING: President Biden has ordered U.S. military forces to conduct airstrikes on infrastructure used by militant groups in eastern Syria, in response to recent attacks against Americans in Iraq.https://t.co/aKa6vFtsfD

The Security Media Cell affiliated with the Iraqi prime minister’s office, however, said the drones had been shot down.

No group has claimed responsibility for the attack yet, which is the latest in a series of assaults that have targeted US occupation forces over the past few months.

Back on May 24, a barrage of rockets landed inside the same airbase. An unmanned aerial surveillance system also attacked Ain al-Asad on May 8, and a hangar for military aircraft was damaged as a result.

Two days after the attack, Iraqi lawmakers approved a bill that requires the government to end the presence of all foreign military forces led by the US in the country.

On January 8, 2020, Iran hit Ain al-Asad with a barrage of precision missiles that left more than 100 American forces with “traumatic brain injuries”, according to the Pentagon.

Iran described the missile attack on Ain al-Assad as a “first slap.”

On April 8, Iraq and the US said they had agreed on the eventual withdrawal of US “combat” troops from Iraq, and that the two sides would hold talks to work out the timing.

The mission of US forces is now allegedly focused on “training” Iraqi troops to fight Daesh, but American troops target popular anti-terror fighters from time to time. 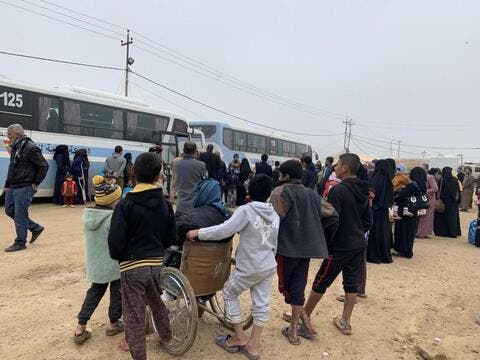 Iraqi resistance groups have warned that they will treat the American troops as occupying forces and take up arms against them if they refuse to leave their country.