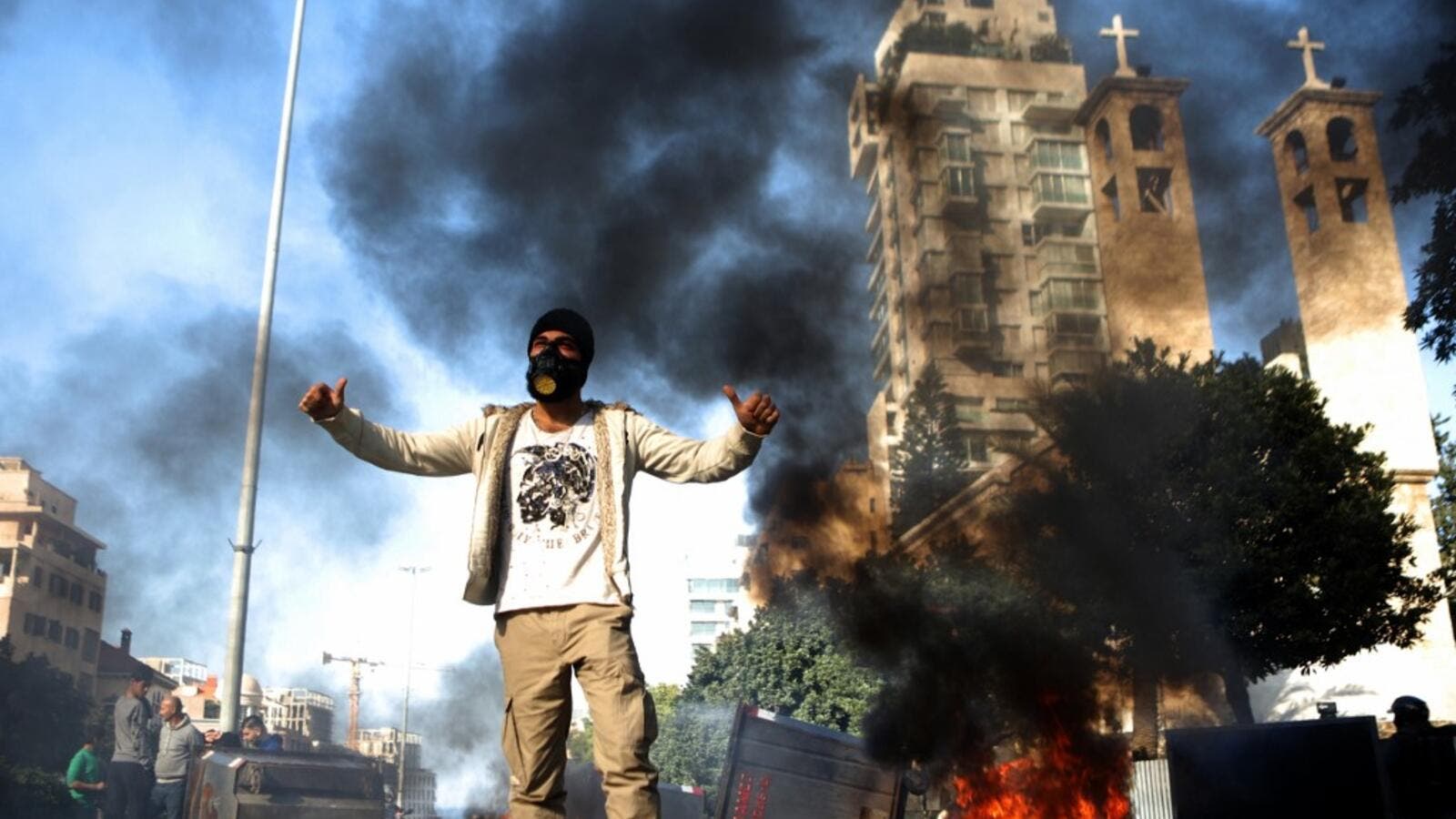 A Lebanese anti-government protester gestures next to burning garbage bins set up to block a road in the capital Beirut, on January 14, 2020. Lebanese protesters resumed blocking major highways in what they said would be a "week of wrath" demanding an end to a nearly three-month political vacuum. Although protests had declined in size in recent weeks, demonstrations have been ongoing since October, increasingly targeting banks and state institutions blamed for driving the country towards collapse. PATRICK BAZ / AFP
Highlights
Protesters outside the central bank then attacked security forces, pelting them with stones and fireworks. Security forces used tear gas to disperse them.

At least 20 people were injured late Tuesday in clashes between protesters and security forces in front of the central bank in Lebanon's capital.

Protesters outside the central bank then attacked security forces, pelting them with stones and fireworks. Security forces used tear gas to disperse them.

Lebanon suffers from high unemployment, slow growth and one of the highest debt ratios in the world, with the debt burden reaching $86.2 billion in the first quarter of 2019, according to the Finance Ministry.