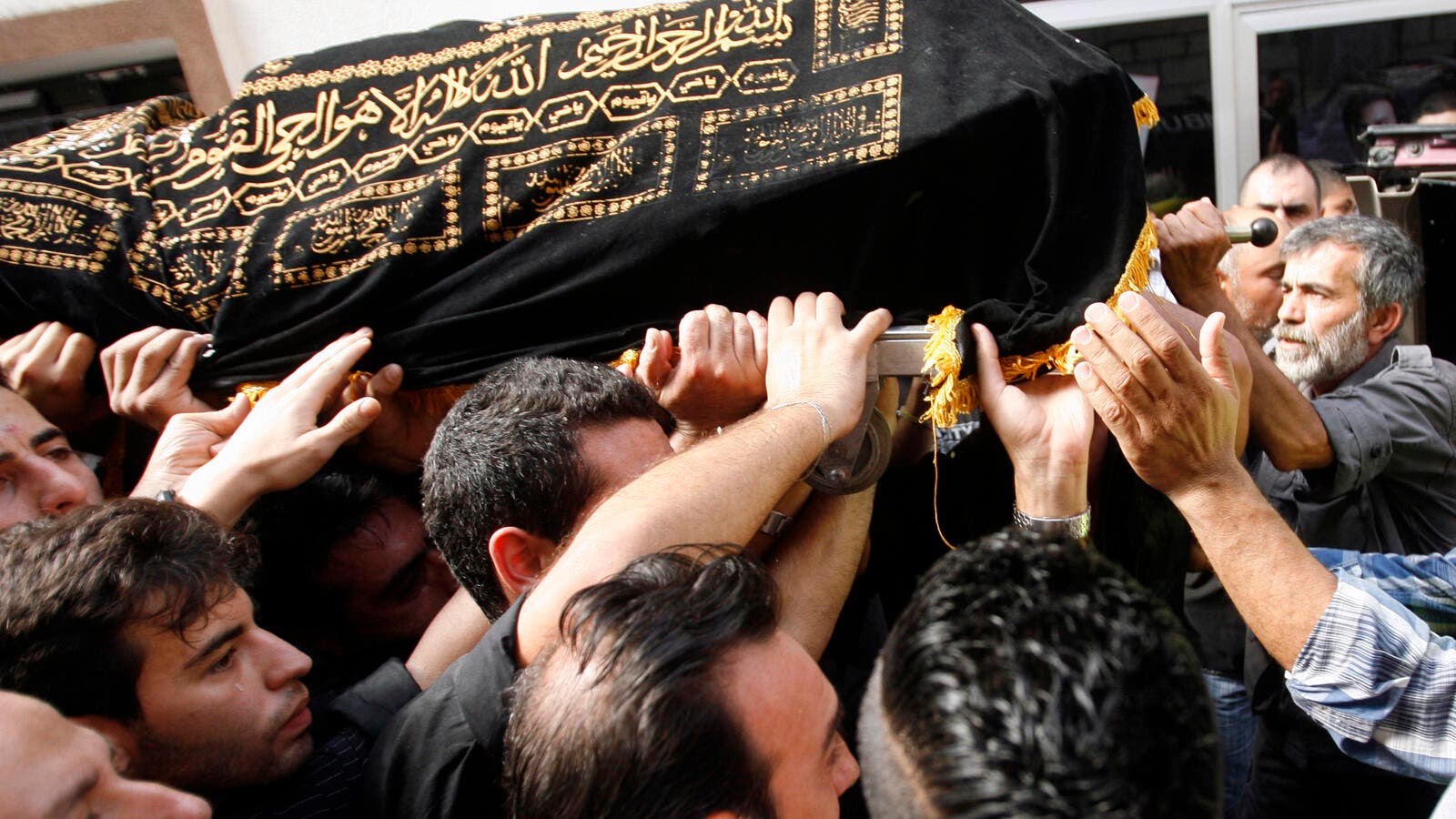 Mourners carry the body of Hassan Ramadan, who was killed in a blast in Beirut earlier in the week, during a funeral in the southern Lebanese village of Jwaya (AFP/MAHMOUD ZAYYAT)

Lebanon’s health ministry said that the death toll from a car blast that hit a Beirut suburb on Thursday rose to 27, reported AFP.

"At least 27 people died and 336 others were wounded in the car bomb attack that targeted the Roueiss neighborhood on Thursday," Health Minister Ali Hassan Khalil’s office told AFP.

On Friday, the death toll was reported to be 22. Khalil’s office, though, told AFP that two other bodies were discovered and three people died in the hospital.

Thursday’s bombing is the worst Beirut has experienced since a blast in central Beirut killed 23 in 2005.