Beirut Port Blast Judge is Threatened by Whom?

Tarek Bitar, the judge leading the investigation into the August 2020 Beirut Port blast, received a threat from the militant Hezbollah group, according to Lebanese news reports. 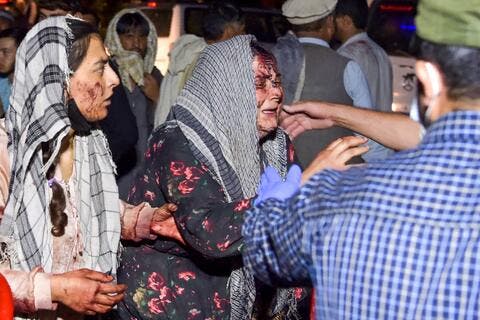 Over 60 People Killed, Including 13 US Soldiers in The Kabul Airport Blasts

Lebanese Judge, Tarek Bitar, has postponed ex-PM, Hassan Diab's, interrogation on the 2020 Beirut Port explosion after Diab fled the country. The former Prime Minister "has nothing new to say", according to his spokesperson.https://t.co/3BqtKJPe8r

The motives behind the visits were unknown but Safa reportedly said, “Bitar’s performance has raised the ire (of Hezbollah) and we will keep a close eye on his work until the end, and should he drift off the course, we will remove him from his position.”

In response to the threat, Bitar said: “It is fine, I do not care how they will remove me,” according to Lebanese Broadcasting Corporation reporter Edmond Sassine.

Bitar, who issued several arrest warrants over the past few weeks pertaining to his investigation, set up sessions to question former ministers and current MPs Ali Hassan Khalil, Ghazi Zeaiter, and Nohad Al-Machnouk about their knowledge of the deadly Beirut Port explosion.

Bitar summoned Khalil for interrogation on Sept. 30 and Zeaiter and Machnouk and Oct. 1. The judge took advantage of the expiration of the extraordinary parliament mandate after the Najib Mikati government was granted the vote of confidence in a session held on Monday, and the automatic lifting of parliamentary immunities, pending the launch of the regular mandate in mid-October.

The Beirut Port explosion on Aug. 4, 2020, killed more than 200 and left 6,500 injured when thousands of tons of ammonium nitrate detonated along with quantities of seized explosives. The deadly blast destroyed the Beirut waterfront and its surrounding neighborhoods.

Bitar charged the former ministers with “a felony of probable intent to murder” in addition to “a misdemeanor of negligence” because they were aware of the presence of ammonium nitrate and “did not take measures to avoid the explosion.”

Parliament had previously refused Bitar’s request to question the current MPs and Prime Minister Hassan Diab, arguing that it was not within his jurisdiction and the case is the subject of prosecution before the Supreme Council for the Trial of Presidents and Ministers.

Possible lawsuit against lead Judge in the #Beirut port blast investigation Tarek Bitar could be in the works - another attempt by the political & security establishment to obstruct justice. First judge appointed in the case was removed after he filed charges against officials https://t.co/a3Y1kirwZK 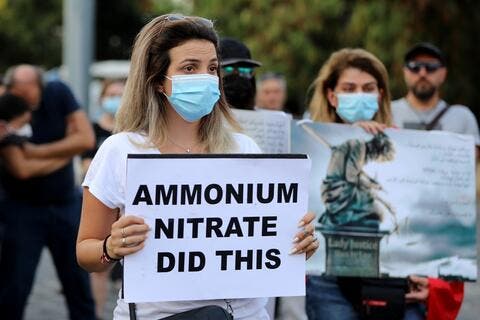 “Where is the evidence?” Nasrallah asked. “Based on what is he accusing them of? Why has the judiciary not published the results of the technical investigation?”

Nasrallah further accused Bitar of “playing a political game,” saying that either he sticks to a clear, technical investigation, or the judiciary has to find another judge.