Beware the Terrorologist, with Alexander Thurston

At the same time, U.S. officials were busy preparing to designate the Houthis in Yemen as terrorists. Only a day later, the U.S. then moved to designate Cuba as a state sponsor of terror. At the end of 2020, Saudi convicted famous human rights defender Loujain al-Hathloul of terrorism-related charges. And since 2017, China has been leveraging the Terrorist label against Uyghur and Kazakh Muslims, forcing them into concentration camps and forced labor.

Gateway - A Podcast from the Middle East · The Gateway to Understanding Power in Media, with Ty Joplin

Almost no other word in policy-making carries as much weight as the term ‘terrorist.’ With it comes the promise of an intense state response in the form of indefinite military interventions, penetrative surveillance, and constant policing.

Terrorism can be defined as the unlawful use of violence against civilians for political purposes. On paper, almost every powerful entity on Earth, state and non-state, has likely conducted terrorist operations in its past.

Who is immune to the Terrorist label and its implications is thus just as important as who is subject to it.

To be called a terrorist by one group is to be signaled as a kind of ultimate Other, a dark and essentially unknowable force that can only be crushed into oblivion. Deployments of the term has justified extralegal killings, torture, collective punishment, besiegements, and decimation of entire populations around the world while curtailing civil liberties of domestic populations at home.

But there’s a quiet force animating discussions on who is and is not a terrorist, which indirectly inform how it is used and popularly understood. Some entities appear simply immune to the term: there is no mainstream chorus of terrorism analysts genuinely insisting that the CIA is a terrorist organization even if its actions neatly fit within the same definition terrorist analysts rely on to label nascent jihadi organizations terrorists. Who is immune to the Terrorist label and its implications is thus just as important as who is subject to it.

To get a better understanding of the politics behind terrorism discourse, I’ll be speaking with Alexander Thurston, an assistant professor of political science at the University of Cincinnati, where he focuses on the study of Islam and Northwest Africa. Thurston is the author of the 2018 book, Boko Haram: The History of an African Jihadist Movement and has written about the prevalence of experts who always seem to pop up whenever a new terror threat is identified. He calls these people 'terrorologists.’ 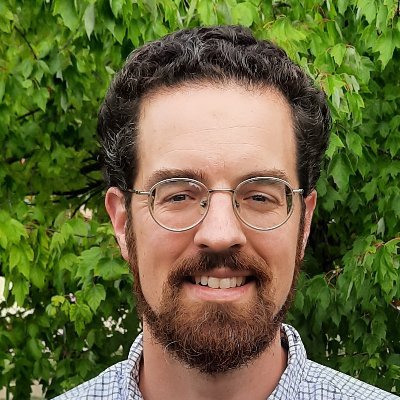 In our talk, we’ll try to map out the web of power underlining terror discourse, and why it remains so prevalent a term that states and populations alike are keen to see it applied to adversaries, even if so-called Wars on Terror continually fail in their objectives but almost never fail in gutting democratic institutions and transferring power from a citizenry into the hands of an increasingly militarized state.

Israeli Tourists to Start Entering UAE without A Visa