Published June 9th, 2021 - 12:14 GMT
US President Joe Biden and First Lady Jill Biden make their way to board Marine One before departing from The Ellipse, near the White House, in Washington, DC on June 9, 2021. President Biden is traveling to the United Kingdom, Belgium, and Switzerland on his first foreign trip. MANDEL NGAN / AFP

President Joe Biden leaves Washington, D.C., on Wednesday for a trip to Europe in the first overseas trip of his presidency, during which he will aim to strengthen relations with close allies and promote democracy and multilateralism throughout the region. 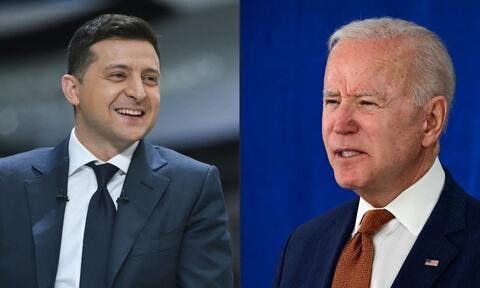 "The trip, at its core, will advance the fundamental thrust of Joe Biden's foreign policy: to rally the world's democracies to tackle the great challenges of our time," national security advisor Jake Sullivan told reporters during a press conference on Monday.

"When President Biden returns to Washington next week, we believe that we will be in a materially stronger position to manage the major threats this country faces: COVID, climate, China, cyber, Russia and shaping the rules of trade and technology for the future," he said.

Tomorrow, I depart for Europe on the first foreign travel of my presidency. The trip is about realizing America’s renewed commitment to our allies and demonstrating that democracies can both meet the challenges and deter the threats of this new age. https://t.co/Hq3bFCP3ew

The first leg of the trip will see the president and first lady Jill Biden travel Wednesday to Royal Air Force Mildenhall in Britain, about 90 miles northeast of London, where they will meet U.S. Air Force personnel stationed at the branch's only air refueling wing in the European theater.

Biden is scheduled to leave Washington early Wednesday morning and arrive in Britain at about 8 p.m. British Time (3 p.m. EDT), according to a White House schedule. The Bidens will end the day in St. Ives in Cornwall.

On Thursday, he is scheduled to meet British Prime Minister Boris Johnson "to affirm the enduring strength of the special relationship" between the two countries. Friday, he will attend the G7 summit in Cornwall on the southwestern tip of Britain.

Sullivan earlier this week laid out Biden's goals for the three-day summit, which runs until Sunday, that include collaborating and committing to plans with allies to end the COVID-19 pandemic.

Biden is also expected to announce financing for physical, digital and health infrastructure for the developing world to offer those nations an alternative to China's controversial Belt-and-Road Initiative. He will also endorse a global minimum 15% tax.

Biden has been a proponent of the tax plan, which the G7 countries agreed to last weekend, which would see multinational companies pay a minimum tax rate of 15% for each country they operate in.

Biden, who had favored a tax of 21%, argued that it's a way to prevent companies from storing money in tax havens.

"It means that companies aren't going to be able to hide their income in places like the Cayman Islands and Bermuda," he said in April. "We're going to also eliminate deductions used by corporations for offshoring jobs and shifting assets overseas. They offshore the jobs, shift the assets overseas and then don't have to pay taxes on all they make there."

On Sunday, the Bidens will meet with Britain's Queen Elizabeth II before traveling to Brussels, Belgium, to meet with NATO leaders on Monday.

"At NATO, President Biden will address enduring security challenges that have been at the core of the alliance for a long time, including Russia and coordinating the remaining period of the drawdown of forces from Afghanistan," Sullivan said. "But, they will also focus on emerging security challenges to the alliance, critically including cyber and the challenge posed by China."

NATO Secretary General Jens Stoltenberg met with Biden on Monday to prepare for the summit. He said the agenda for the meeting will be ambitious and involve reinforcing the alliance's collective defense and sharpening the alliance's technological edge, among other goals like climate change and increasing NATO cooperation.

Sullivan said Biden will seek to highlight the importance of "burden sharing" -- not only living up to NATO nations' shared agreement to spend 2% of their gross domestic product on defense, but also contributions toward NATO exercises and operations to ensure the alliance's high-level of capabilities.

"The global balance of power is shifting," Stoltenberg said in a statement following his meetings with U.S. leadership. "We face many challenges, which we cannot face along, but we need to face them together in NATO."

Cicadas filled the engines of a press plane set to accompany President Biden on his trip to Europe, forcing a delay and a new plane and pilot to be called in. https://t.co/aKzimC0cS4

On Wednesday, the final day of his trip, Biden will travel to Geneva, Switzerland, to meet with Putin. Biden proposed the summit in April and said he wants "a stable, predictable relationship" with Russia.

The summit was proposed following a high-profile cyberattack targeting nine U.S. federal agencies and dozens of companies, for which Biden signed an executive order to sanction the perpetrators. There have since been several other high-profile attacks that have been linked to Moscow.

"My bottom line is this: Where it is in the interest of the United States to work with Russia, we should and we will," Biden press told reporters in April.

"Where Russia seeks to violate the interests of the United States, we will respond. And we'll always stand in defense of our country, our institutions, our people and our allies." 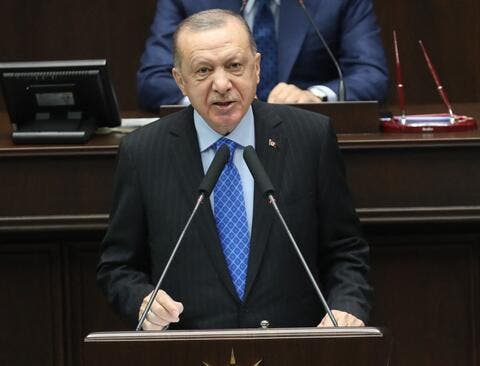 Sullivan said Biden will be going into the Putin meeting "with the wind at his back."