Seeking to counter China’s influence at a gathering of the leaders of the world’s top economies, US President Joe Biden on Saturday launched an infrastructure initiative for developing countries. 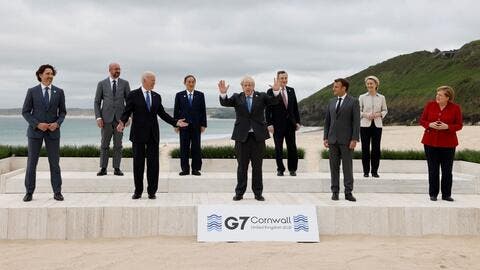 The Build Back Better World (B3W) Partnership, introduced at the G7 summit in Cornwall, England, is meant to be a counterweight to China’s Belt and Road Initiative.

B3W will be funded by G7 nations, and alongside improving infrastructure, will also push progress in health, technology, climate, and gender equality.

#BREAKING #China to G7 leaders: The days when smallgroups of countries decided the fate of the world was long gone"

A White House statement said the B3W initiative will provide a “transparent infrastructure partnership to help narrow the $40 trillion needed by developing nations by 2035.”

Biden met with G7 leaders for one-on-one talks today, and will travel to London on Sunday to meet the queen before heading to Brussels for a NATO summit.

A Downing Street spokesperson said of Johnson’s meeting with Guterres: “The prime minister gave his support to secretary Guterres' vision for a more integrated UN and reiterated the UK’s support for a strong United Nations and joined-up global action on issues like pandemic preparedness and climate change.

“He also welcomed the World Health Assembly’s decision to discuss a treaty on pandemic preparedness later this year. The prime minister and secretary-general agreed on the need for universal support from the G7 to take this forward.

“The leaders discussed plans for the UK-hosted COP26 Summit later this year. They agreed on the need for countries to step up and make ambitious commitments to cut carbon emissions and phase out the use of coal.

“They discussed a number of international issues including the situations in Yemen, Syria and Libya, the Cyprus peace process, the need for a return to democracy in Myanmar and Afghanistan.”

He tweeted before his address to the summit: “Today I will present the 100 Days Mission report to #G7 leaders which recommends how the world can develop and deploy diagnostics, therapeutics and vaccines within 100 days of a pandemic threat. It’s an ambitious target but one which will save countless lives in the future.” 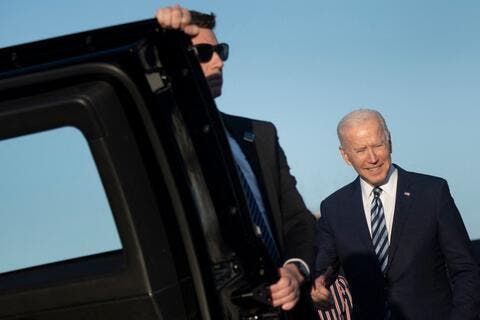 There were also two sets of protests today: one called for G7 nations to do more to tackle the climate crisis, and the other for them to do more on the Tigray crisis in Ethiopia.