US President Joe Biden, whose country left the internationally backed nuclear agreement with Iran, has suggested that diplomacy with Tehran is “the best way” in dealing with the country. 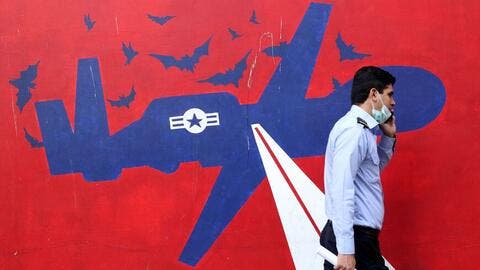 More Sanctions is Not The Way to Deal With Iran Mr President!

He made the comments amid skepticism in Tehran about real action by Washington in repeated claims of a serious will to return to the Joint Comprehensive Plan of Action, which former President Donald Trump scrapped.

Nuclear deal talks: US president pledges compliance if 'Iran does the same'https://t.co/bRKAcAfIMz

Speaking at the conclusion of the Group of 20 (G-20) Summit in Rome, Italy, Biden further suggested that the idea had the backing of German Chancellor Angela Merkel, British Prime Minister Boris Johnson and French President Emmanuel Macron.

“Together with Prime Minister Johnson and Merkel and President Macron, we came together to reiterate our shared belief,” he said, repeating the baseless claims that Tehran is seeking atomic bombs through its nuclear program.

Biden also suggested that Iran should “resume serious, good faith negotiations. He made the comments despite the fact that his administration has been pursuing the same anti-Iran policies promoted by former President Trump, who quit the JCPOA outright and imposed new sanctions on the country.

Earlier in the day, Iran’s top diplomat asserted that such the US will to return to nuclear talks only exists in the rhetoric and “in their actions,” adding that “a simpler way” to deal with the situation is for Washington to resume talks “at the point where Trump left off.”

“I personally believe that if there were serious will in America to return to the JCPOA, there would be no need to all these talks,” noted Hossein Amir-Abdollahian in an interview.

The claims of a serious will to return to the nuclear deal was also promoted by the US secretary of state, who also suggested that the United States was “absolutely in lockstep together” with Germany, France, and the United Kingdom over the matter.

“We continue to believe that diplomacy is the best way to deal with the challenges, the threat posed by Iran’s nuclear program,” Antony Blinken claimed in an interview with CNN. “There’s still a window through which Iran can come back to the talks, and we can come back to mutual compliance with the agreement, and that would be the best result. But it really depends on whether Iran is serious about doing that.”

The US to diplomat also appeared on CBS News to claim that the US and the European signatories of the JCPOA were “on the same page.”

“It was so important that we get together with our close partners in this effort. We are all very much on the same page in terms of the path forward. And we'll see if Iran is serious,” Blinken claimed.

The US will respond to any Iranian drone strikes and steps against US interests, President @JoeBiden said at the #G20RomeSummit ahead of #COP26Glasgow after talks with European powers on measures to halt #Iran's nuclear program.

This is while the Iranian foreign minister has called the rhetoric a “failed policy” and a continuation of the same “maximum pressure” campaign launched by the former US president.

More Sanctions is Not The Way to Deal With Iran Mr President!

Trump pulled the United States out of the UN-endorsed deal in 2018 and reinstated illegal sanctions in an unsuccessful attempt to force Tehran into negotiating a “better” agreement -- one that would have also curbed the country’s missile program, among other things, but to no avail.

The Islamic Republic has time and again asserted that its atomic program is merely for peaceful purposes and that the West is using the nuclear case as a pretext to put pressure on Tehran.