Biggest COVID-19 Lockdown in China Kicks off in Shanghai

Published March 28th, 2022 - 10:21 GMT
Millions of people in China's financial hub were confined to their homes on March 28 as the eastern half of Shanghai went into lockdown to curb the nation's biggest Covid outbreak. (Photo by Hector RETAMAL / AFP)

After days of uncertainty, China began its largest lockdown in two years to conduct mass testing in a bid to contain the fresh COVID-19 outbreak in its largest city of Shanghai. 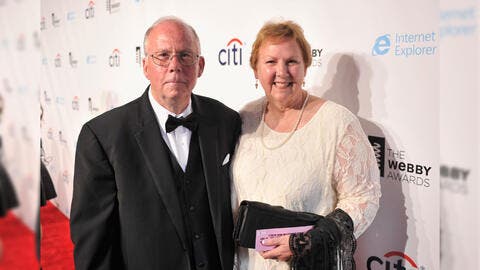 The country’s financial capital with around 26 million population has been placed under partial lockdown.

The city residents have been asked to stay home as the eastern half of Shanghai, including the main airport and business district known as Pudong, have gone into lockdown.

China has imposed its largest coronavirus lockdown in two years in the financial hub of Shanghai. https://t.co/IbUpjqoAxc

Authorities aim to carry out mass testing for city inhabitants amid a sharp spike in fresh virus cases.

In recent weeks, Shanghai has become China's coronavirus hotspot with 3,500 new confirmed cases recorded in the city on Monday.

The bustling commercial hub had managed its smaller, past outbreaks earlier with limited lockdowns.

The latest lockdown will be the country’s most extensive since the central city of Wuhan, where the virus was first detected in late 2019, was locked down for 76 days in early 2020.

In the first phase of the two-phase lockdown, Shanghai's Pudong financial district and nearby areas will be locked down from Monday to Friday, according to the local government.

In the second phase, starting Friday, the massive downtown area west of the Huangpu River that divides the city will begin its five-day lockdown.

Shanghai's Disneyland theme park is among the businesses that had closed earlier. Automaker Tesla is also temporarily suspending operations at its Shanghai plant, according to media reports.

Panic-buying was reported on Sunday in the city, as people rushed to the supermarket to stock up food, beverages, and other household items.

China has called its "zero-tolerance" approach the most economical and effective prevention strategy against the pandemic.

The fresh measures being enforced in Shanghai aim to "curb the virus spread, protect people's life and health, and achieve the dynamic zero-COVID target as soon as possible," the city's COVID-19 prevention and control office stated in a statement on Sunday evening.

The country’s anti-coronavirus measures, including mass testing, vaccination, and lockdown of cities and provinces for even small numbers of infections, have been largely successful in curbing the disease.

However, the highly-contagious Omicron variant of the coronavirus, which was first spotted in South Africa late last year, has come back to haunt the country.

The Omicron surge in China kicked off weeks ago in Hong Kong, claiming a high toll of unvaccinated elderly people before spreading into mainland China.

Wow—China’s financial hub of Shanghai will lock down the city of 26 million in two stages to carry out #COVID19 testing over 9-days. It will enter lockdown do PCR tests. All transit will stop. All factories will close—companies will work remote if capable.https://t.co/BNrlhFrHr2

Nationwide, 1,219 new confirmed cases were detected on Sunday, more than 1,000 of them in the northeastern province of Jilin, according to the National Health Commission.

China has reported more than 56,000 confirmed cases nationwide this month, with most of the cases reported from Jilin, which is enforcing travel bans and partial lockdowns in several cities.

Meanwhile, the main southern city of Shenzhen, which had gone into lockdown earlier following the Omicron outbreak, removed restrictions on Monday, leading to the resumption of normal activities.