At least 23 bodies were pulled out after a boat carrying asylum seekers sank in the Aegean Sea, Greek officials said Friday. 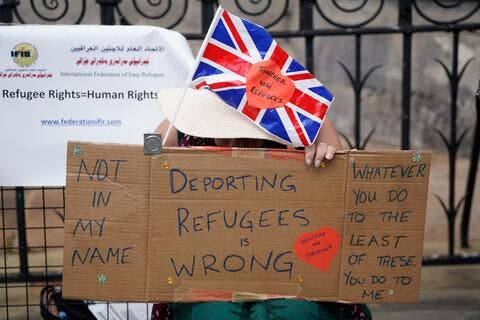 Five children were among the dead from Tuesday's boat wreck, according to the Greek coast guard.

▪️The Turkish Coast Guard rescued 15 asylum seekers in Aegean Sea after they were illegally backed to Turkey's territorial waters by Greek forces.
▪️Migrants were forced to embark on boats by Greece, pushed back to Turkey. pic.twitter.com/yUVmSk29be

Twelve people, including a 16-year-old boy, have been rescued. Two of those rescued are alleged smugglers and they were arrested.

The asylum seekers include those from Egypt, Afghanistan and Iran.

Survivors said there were 68 people on the boat. A distress call was sent to the European emergency number 112 by the asylum seekers after the boat sank, according to the coast guard.

A search and rescue operation is underway for those still missing.