Brazil on Friday surpassed the 600,000 Covid-19 deaths since the start of the pandemic amid a significant and gradual reduction in the number of cases. 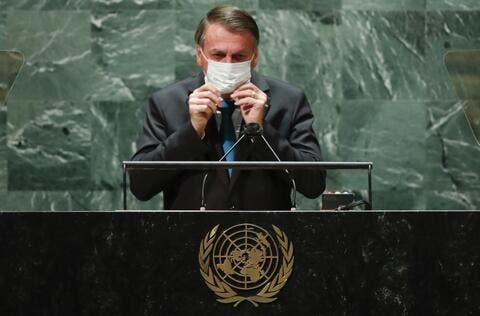 Brazilian President in 'Self-Isolation' After His Health Minister Contracts Covid

The data was released by the Press Consortium, a group of media outlets that collects numbers from states’ health departments since the Health Ministry changed its counting system to hide figures.

The Ministry said 600,425 deaths have been recorded.

Brazil registered 21,533,752 cases but those numbers are considered lower than the actual figure since the country has not adopted an effective policy for testing its population.

With only 2/3 the population of the USA, Brazil reaches the horrible figure of 600,000 deaths from Covid 19. Most of them could have been prevented. https://t.co/gIJJgLFiTs

Experts point to underreporting in the numbers of deaths and cases.

One of the most terrifying numbers released Friday is that at least 12,211 children up to age 6 have been orphaned by the pandemic -- boys and girls who lost their fathers, mothers or both to the virus, according to an association that gathers information form notary offices across the country.

The survey only took into account children in that age group because since 2015, newborns have had their document number registered on their birth certificate, which facilitated the crossing of information with deceased parents’ documents. The actual number, therefore, could be much higher, according to the association.

On average, 438 daily deaths are currently registered, which represents an 18.1% drop compared to 14 days ago and the lowest number since November 2020.

Experts attribute it to the more optimistic scenario to the advancement of vaccination but the delta variant is still a concern, they said.

Started in January, vaccination has reached 71.8% of the population with the first dose and 45.6% with the full immunization cycle. Less than 1% have received a booster. 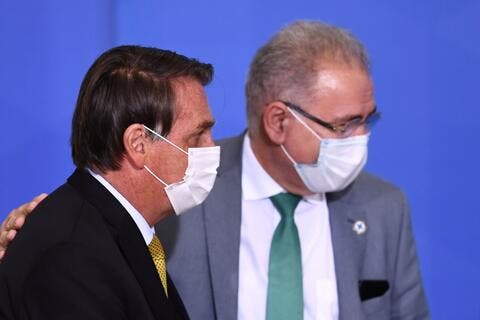 Brazil is ranked third with the highest daily average of new deaths in the world, behind the US and Russia. It is also second with more deaths, after the US, which has surpassed 700,000 victims.