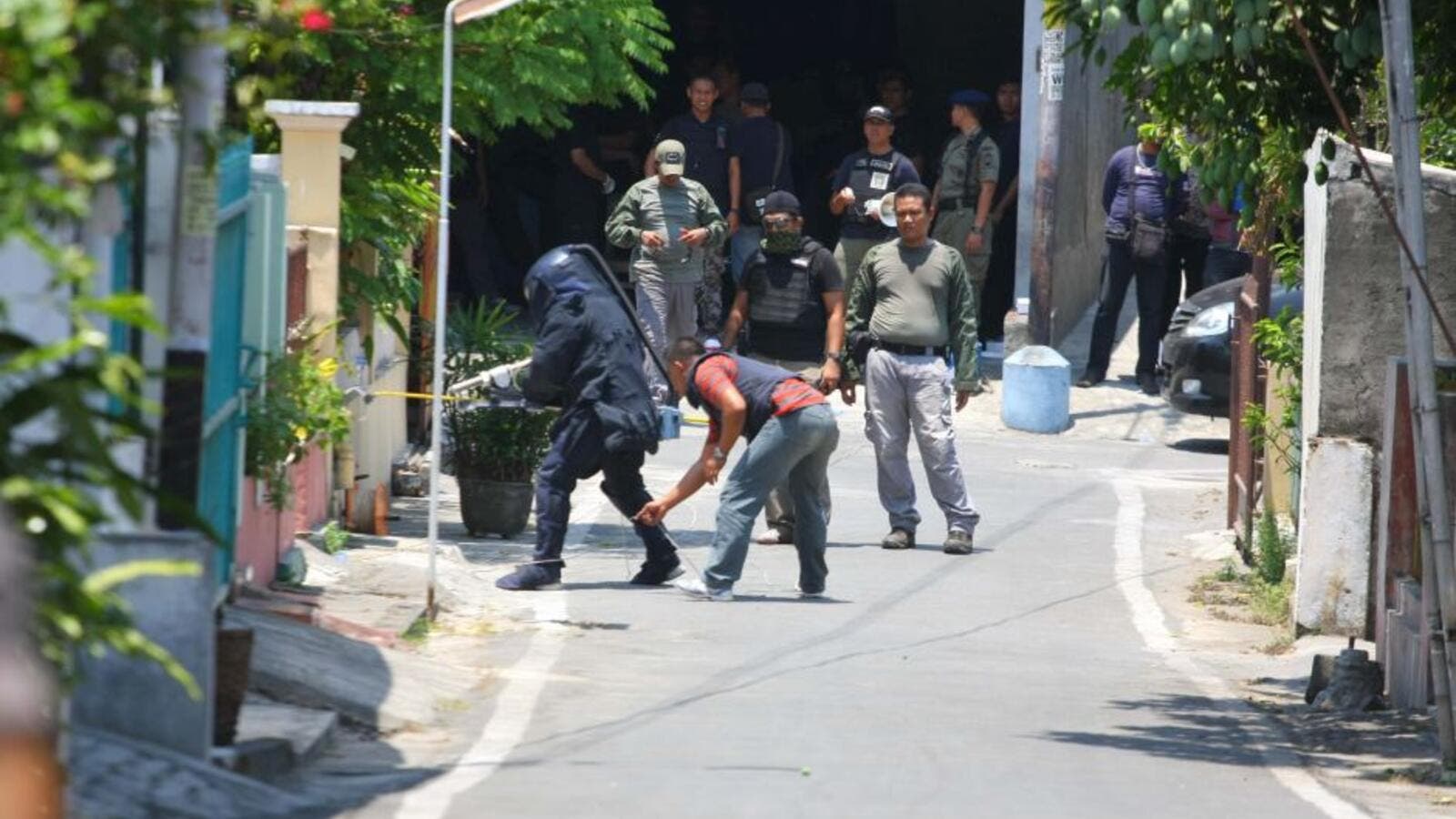 The Indonesian bomb squad responds to a bomb threat in Solo, Indonesia, in 2012. (AFP/File)

Reuters reports that a suicide bomber attacked a police station in the Indonesian city of Solo on Tuesday.

The suicide bomber killed himself and wounded a police officer. No other casualties were reported, according to Reuters.

"He broke into the yard, he was on a motorbike, and detonated himself," national police spokesman Boy Rafli Amar told MetroTV.

Indonesia faced an attack by Daesh militants in January. Militants attacked a Starbucks in Jakarta, the capital, and killed four people.

The country's security and anti-terrorism forces are engaged in an ongoing campaign against Daesh propaganda that targets Indonesian youth.