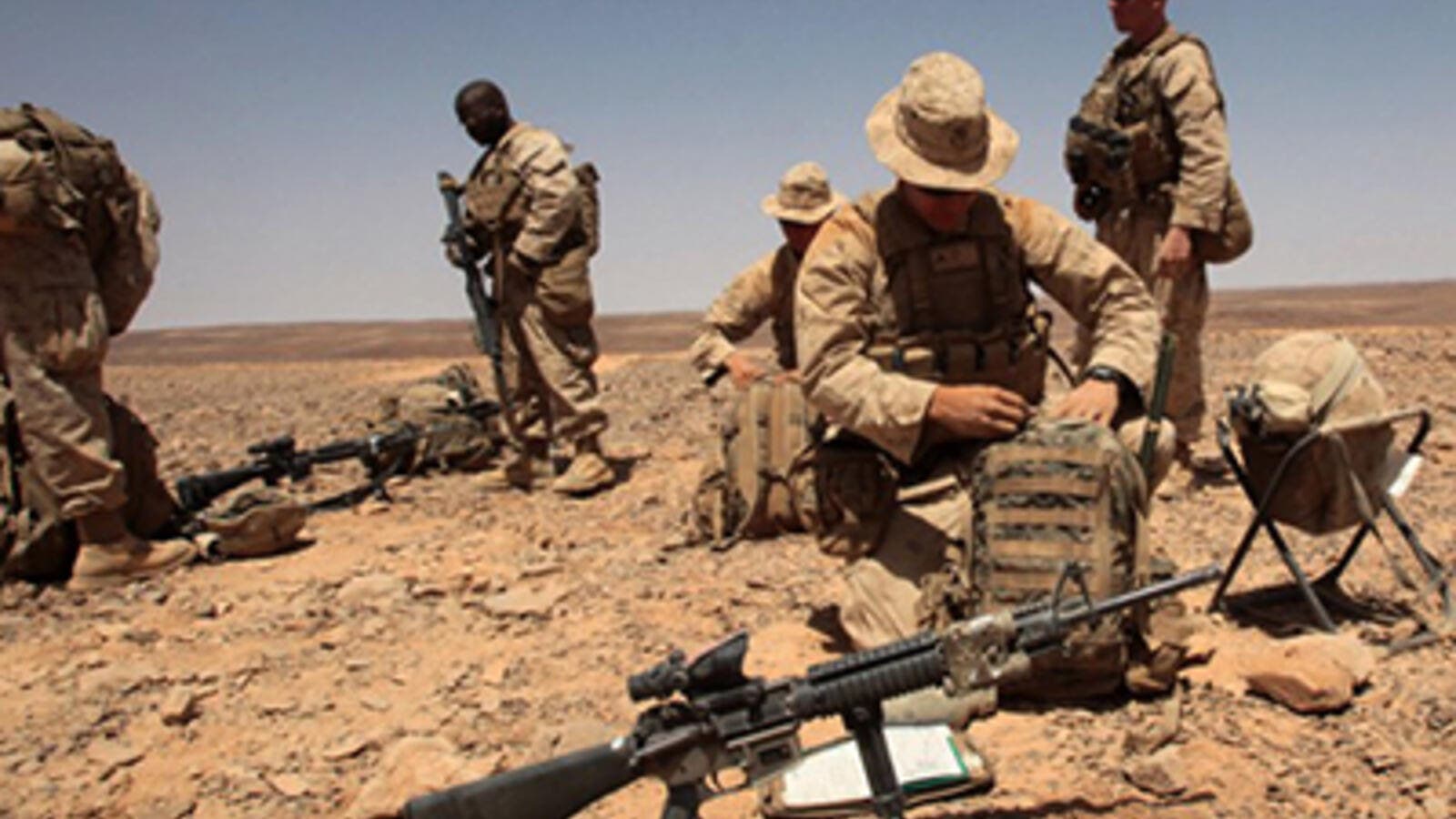 US soldiers prepare their gear during the military exercise near the Jordanian border. (AFP/File)
According to The Guardian, two Americans were shot and killed by a Jordanian at the US-funded King Abdullah training center in Mowaqqar, Amman Monday afternoon.
The report states that the Jordanian shot in total four police trainers before killing himself.
One of the injured Americans is in critical condition while the other is in moderate condition, according to Roya News.
Further updates from Vice News confirm that a third person, South African, has also died from shooting wounds. At least six others are injured.
More to follow...