NATO Secretary General Jens Stoltenberg said Wednesday he remains confident that Sweden and Finland will become members of the defensive military alliance and that he will convene a meeting in Brussels between senior officials of the Nordic nations and Turkey to discuss Ankara's objections to their applications. 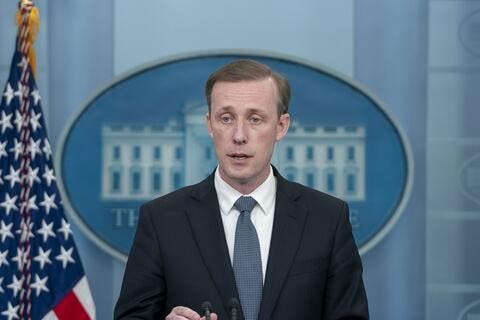 Can Turkey's Concerns on Expanding NATO be Addressed?

Good meeting with Šefik Džaferović, Chairman of the Bosnia & Herzegovina Presidency, on further deepening our cooperation. #NATO is steadfast in supporting peace & stability across the Western Balkans. Our cooperation is more important than ever, due to #Russia's war in #Ukraine. pic.twitter.com/u1SJNFQ4I7

The NATO head is in the United States until Friday for meetings with Blinken, Defense Secretary Lloyd Austin and national security advisor Jake Sullivan ahead of the military pact's end-of-June summit in Madrid and amid Russia's war in Ukraine as well as NATO deliberations on the applications submitted last month by Finland and Sweden.

Both Stoltenberg and Blinken expressed optimism and confidence during their press conference that the two countries will become NATO-member states, with the NATO head stating the meeting between the three nations will be convened in the coming days to ensure progress to that end is made.

"My intention is to have this in place before the NATO summit," he said.

Finland and Sweden have been clear they are ready to sit down and address Turkey's concerns, he said, adding that Ankara is an important ally not only because of its strategic geographic location bordering Iraq and Syria as well as being a Black Sea Country close to Russia but that it's been crucial in the fight against the Islamic State.

The Nordic countries submitted their applications to join the military pact May 18 and received the backing of U.S. President Joe Biden the next day when he hosted the leaders of Finland and Sweden at the White House.

The applications, however, have received opposition from Turkey, whose leadership accuses Sweden and Finland of harboring members of the Kurdistan Worker's Party, which seeks independence from Ankara.

Last week, Finland and Sweden held talks over their applications with Turkey whose president, Recep Tayyip Erdogan, was seemingly disappointed with them.

On Sunday, Erdogan told reporters the talks "were not at the desired level," while stating "we cannot repeat the mistakes made in the past on [admitting] countries that embrace and feed such terrorists into NATO, which is a security organization."

For the countries to join the alliance all 30-member states have to agree to their inclusion.

Stoltenberg has said that the alliance would provide the two nations with a quick response.

The pair submitted their applications together in the wake of Russia's invasion of Ukraine on Feb. 24. Russian President Vladimir Putin, who has blamed NATO expansion for his war, has volleyed threats at both countries in response to them moving to join the military alliance.

On Wednesday, Stoltenberg said he is confident progress will be made during his upcoming meeting.

"I am confident because all allies agree that NATO enlargement has been a great success, helping to spread democracy, freedom across Europe for decades. And, therefore, we need to sit down, as we always do when there are different views in NATO, and find a way to go forward together," he said.

"So, this is not the first time in NATO that some allies expressed concerns, that there are some differences, some disagreements, but we have a long track record in NATO also to be able to overcome those differences and then agree on how to move forward."

Blinken also reiterated the United States' strong support for the Nordic countries' applications to join NATO, stating that their membership will make the pact stronger.

"There is a strong consensus within NATO broadly for the rapid accession of Sweden and Finland to the alliance," the United States' top diplomat said. "I remain very confident that that will happen, that we're going to move forward."

Stoltenberg, who arrived in the United States Tuesday, is scheduled to visit John Hopkins University where he'll give a speech to the School of Advanced International Studies, his office said in a statement.