Published May 27th, 2022 - 05:08 GMT
A search began Tuesday for more unmarked graves of students at one of Canada's oldest and longest-running former indigenous residential schools, near Toronto. (Photo by Cole Burston / AFP)
Highlights
Starting from late 19th century, over 150,000 indigenous children forcibly taken away from their families, enrolled in boarding schools in Canada

A remembrance ceremony was held to mark the discovery of the first graves of indigenous children who were forcibly taken to residential church schools in Canada and remained undocumented in the archives. 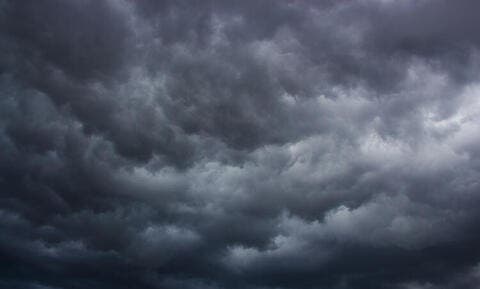 The first ceremony was held early in the morning in the courtyard of Kamloops Indian Residential School, regarded as the largest of its kind across the country.

"Dozens of churches were vandalized. Several churches were razed to the ground, some of them beloved old Indian reserve churches where Indigenous communities had baptized their children and eulogized their dead going back generations" https://t.co/WGhYxFbbeH

The ceremonies continued during the day and Governor Mary Simon, also a member of the indigenous community, said the discoveries enabled people to learn about the oppression and death of children while adding that they should have been unearthed earlier.

Simon said the children attending the schools were subjected to unimaginable cruelty, and governments and churches imposed their corrupted policies on the indigenous communities and eradicated their identity via policies of assimilation and exploitation.

Prime Minister Justin Trudeau also participated in the commemoration activities held after sunset, while some local community members welcomed him with prayers. Another group said Canada was home to indigenous people and they did not need the constitution of the government.

Kamloops Indian Residential School operated from 1890 to 1969 under the Catholic Church, was shut down in 1969, and administered by the federal government until 1978. According to official records, over 500 children stayed in the school before being forcibly taken from the First Nations indigenous communities.

The undocumented graves of children in Canada's oldest residential school were first made headlines on May 29, 2021, when the remains of 215 children were found in the courtyard of a school in Kamloops city in British Columbia.

Marieval Indian Residential School in Saskatchewan drew global outrage after the body remains of 751 children, who were not mentioned in the official documents, were unearthed on June 24, 2021.

Remains of 182 other children were found on June 30, 2021, near the St. Eugene Mission Residential School in British Columbia.

An indigenous tribe of Penelakut of South Gulf Island of the same state said on July 12, 2021, that over 160 "undocumented and unmarked" graves were found in the area linked to the Kuper boarding school.

Around 150,000 students were sent to the schools, at times taken from their families by force to eradicate the indigenous culture. About 4,500 students died, while some others were subjected to physical, sexual, and psychological abuse -- viewed as the biggest child abuse in Canadian history.