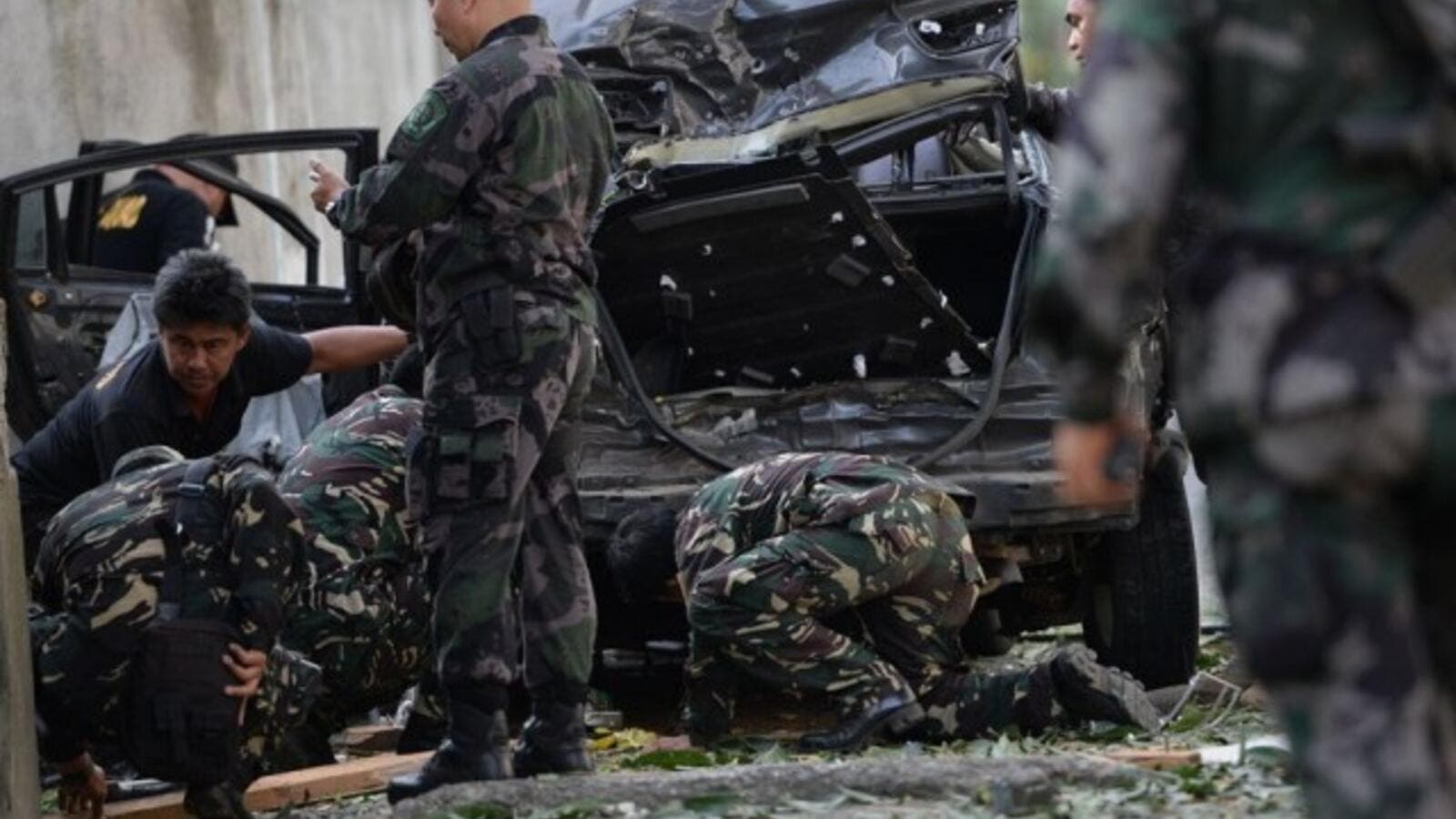 A members of Philippine police and military bomb squads look for evidence next to a destroyed car after a suspected car bomb explosion amidst heavy firefight between government troops and rebels. (AFP)

At least 11 people were killed and five critically wounded when a car bomb exploded early Tuesday in Basilan, an island province in the southern Philippines.

According to initial reports, a van was stopped at a Philippine Army checkpoint manned by government militiamen in Bulanting village in Lamitan City because the driver was acting suspiciously and could not speak any local dialect of the province.

“A driver of a 10-seater van who looked like a foreigner and couldn’t speak a local dialect was intercepted at Bulanting checkpoint,” Lamitan City Mayor Roderick Furigay said as quoted by Inquirer News.

Furigay said the driver was held by government militiamen for further questioning while other members sought military backup when the vehicle suddenly exploded.

Aside from the suicide bomber, five government militiamen, a military detachment commander and three women and a child were also killed.

Five scout rangers, including a young lieutenant, were critically wounded.

An investigation of the incident is still underway, but the military suspects it was carried out by the Daesh-linked Abu Sayyaf group.

Basilan province is known as one of the strongholds of the militant group, who since 1991 has carried out bombings, kidnappings, assassinations and extortion in a self-determined fight for an independent Islamic province in the Philippines.

Several foreign fighters from Malaysia, Indonesia, Yemen, Saudi Arabia and Chechnya have been killed in clashes in the southern Philippines in the past.

The Moro Islamic Liberation Front expressed confidence early this week that the passage of the Bangsamoro Organic Law will soon end the decades-long Muslim insurgency in the country’s south.