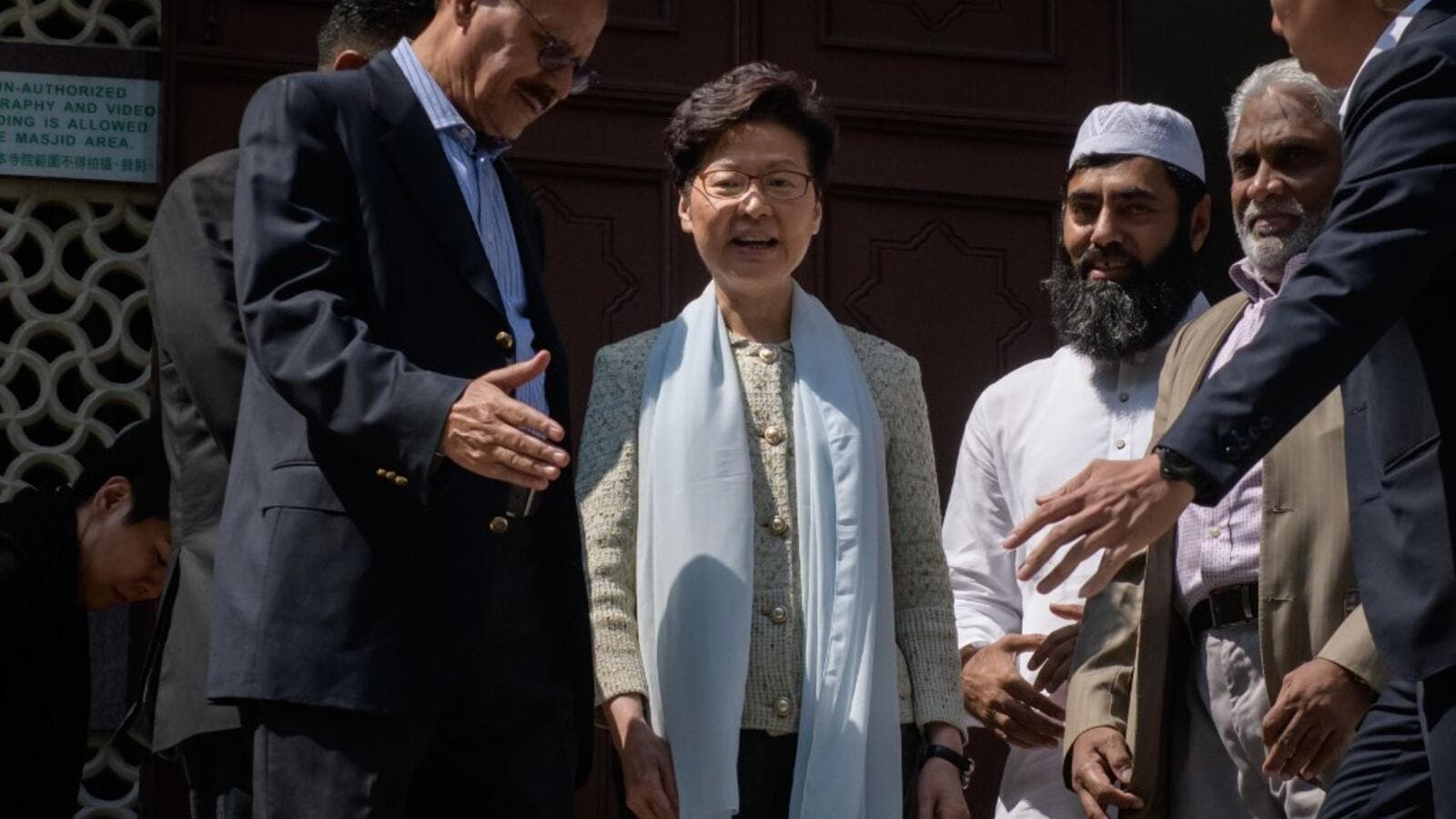 Hong Kong’s Chief Executive Carrie Lam has offered an apology to the Muslim community in the Chinese city after police forces accidentally fired blue water cannon at a major mosque there amid clashes with anti-government protesters.

The city’s police force said the truck sprayed water on the mosque’s front gate by accident, stating it has reached out to the mosque's imam and Muslim community leaders to “clarify the situation.”

“(We) respect religious freedom and will strive to protect all places of worship,” the police said in a statement.

Videos obtained by Reuters showed people — most of them wearing face masks in defiance of the city’s emergency mask ban — cleaning up blue dye left on the steps of the Kowloon Mosque.

Lam visited the mosque on Monday and expressed sorrow over the incident to Islamic leaders.

In a statement issued by the government, Lam said Hong Kong’s Muslim community called the city home and had always co-existed peacefully with other communities.

She also thanked Islamic leaders for repeatedly calling for calm during the political turmoil that has gripped the city in past five months.

The semi-autonomous Chinese territory has been the scene of protests since June, when people took to the streets initially against a now-defunct extradition bill.

Lam canceled the proposed bill, which would have extradited criminals to mainland China for trial, but the move failed to stop the violent demonstrations that continued sporadically to rage through the former British colony and East Asia's business hub.

Hong Kong has been governed under a “one-country, two-system” model since the city was returned to China in 1997.

China has accused foreign governments, including the United States and Britain in particular, of provoking unrest in Hong Kong. The two countries have been voicing support for the protesters.