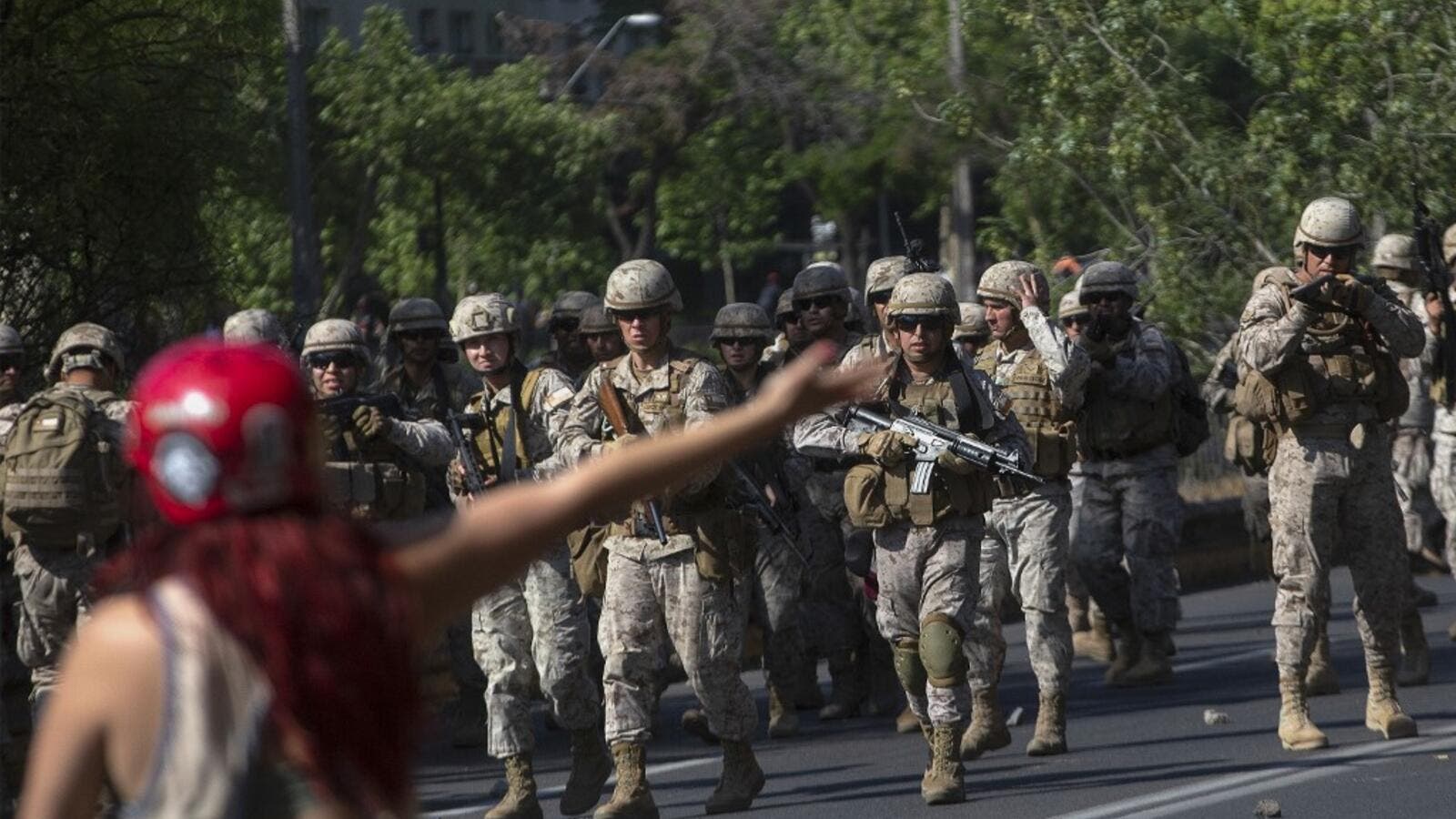 Fresh clashes broke out in Chile's capital Santiago on Sunday after two people died when a supermarket was torched overnight as violent protests sparked by anger over economic conditions and social inequality raged into a third day. (CLAUDIO REYES / AFP)
Highlights
15-day emergency declared amid escalating tensions in capital Santiago.

The death toll in Chile rose to eight on Sunday amid demonstrations against a rise in metro fares that turned violent.

Five people were killed by a fire in a clothing factory near the capital Santiago after the premises were ransacked by protestors.

Earlier on Sunday, three people had been killed in Santiago by a fire inside a looted supermarket.

A 15-day state of emergency was declared in Santiago on Saturday.

The number of areas declared emergency zones has been increasing since protests began against price hikes in metro fares, despite the government reversing the rise.

After the Metropolitan Region, which is populated by almost seven million people, Valparaiso Region, Concepcion province, Rencagua, Coquimbo and La Serena cities, an emergency and curfew were also declared in Antofagasta.

On Monday, hundreds of protestors stormed metro stations in Santiago, with protests turning violent after security forces used force against the demonstrators jumping over turnstiles without paying the fare.

Police responded with tear gas after protesters broke turnstiles and windows at some metro stations.