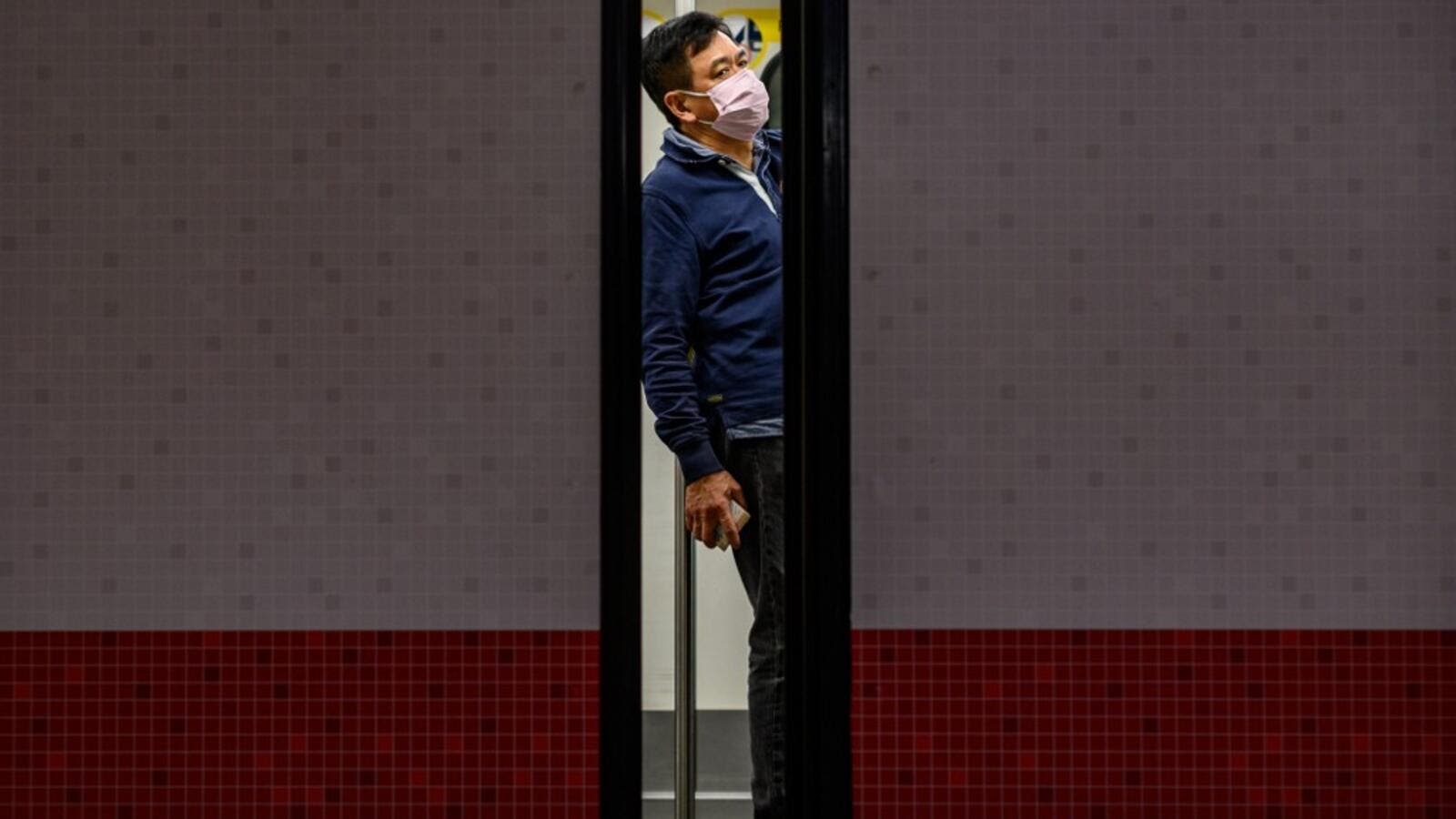 A man wears a face mask as a preventative measure against the COVID-19 coronavirus, as he stands in a train at Mong Kok MTR station in Hong Kong on February 14, 2020. The death toll from China's virus epidemic neared 1,400 on Friday with six medical workers among the victims, underscoring the country's struggle to contain a deepening health crisis. Philip FONG / AFP
Highlights
The virus is said to have been transmitted to humans from animals, particularly bats.

The death toll in China from the coronavirus outbreak rose to 1,524, the country’s National Health Commission said Saturday.

The number of those detected with the virus outside China's mainland stands at 56 in Hong Kong and 10 in Macau. Both are special administrative regions.

The number under medical observation dropped to 169,039.

The virus is said to have been transmitted to humans from animals, particularly bats.

It has spread to more than 20 other countries including the U.S., the U.K., Singapore, France, Russia, Spain and India.

Many countries, including Turkey, have evacuated their citizens from the city of Wuhan – the epicenter of the virus – and other affected areas of China, placing them under quarantine and monitoring.

The World Health Organization (WHO) has declared the outbreak an international health emergency.