Published August 8th, 2021 - 11:49 GMT
DC Insider spoke with CEO of Gulf State Analytics, Giorgio Cafiero.
Highlights
China is attempting to strengthen its ties with as many countries in the Middle East to ensure that it has as many allies in the region as possible, beginning with Syria.

Following the US decision to shift its Army basing from Qatar to Jordan last month, China is attempting to strengthen its ties with as many countries in the Middle East to ensure that it has as many allies in the region as possible, beginning with Syria. To gain further insight on the issue, DC Insider spoke with CEO of Gulf State Analytics, Giorgio Cafiero. 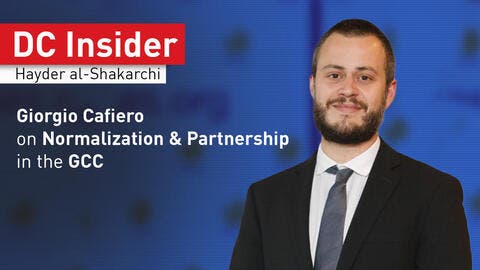 DC Insider: Giorgio Cafiero on Normalization & Partnership in the GCC

How economically significant is China to the MENA region?

“China is very important economically to all of all the countries in the Gulf and elsewhere in the region, too. It’s a rising international power that certain countries in the Middle East, such as Iran and Syria, have turned to in order to circumvent or at least minimize the impact of western sanctions to the maximum extent possible.”

Following the Chinese Foreign Minister’s recent visits to Syria, Egypt, and Algeria, which MENA countries could he be planning on visiting next to form similar partnerships?

“I think it’s very possible that there will be many visits between China and the Gulf monarchies as well as other states in the MENA region throughout the remainder of this year... China is deepening its ties with pretty much everyone in the region. It’s very difficult to predict [which countries] because China is so balanced when it comes to developments of its relations throughout the region. I'm not really sure if there is a specific country that I would predict the foreign minister will visit next. Throughout this year, China’s Foreign Minister Wang Yi has really gone to the most powerful and influential countries in the region. I wouldn’t be surprised if he is back in the Gulf before long.”

What incentive does China have to build stronger bilateral relations with Syria?

“The Chinese are interested in playing a more influential role across the MENA region and Syria is important to China for a number of reasons, such as the Belt and Road Initiative. Also, Syria is likely to become one of numerous issues that fuels more friction between Washington and Beijing… I think China’s support for the Assad government is in no small part about China's efforts to minimize the impact of the Caesar Act, which will make the situation in Syria more of an issue of contention in US-China relations.”

What would it take for Syria to persuade the US into lifting the Caesar Act?

“The Syrian government would have to make many concessions to Washington that pertain to Syria’s internal and foreign policies. These would probably include the freeing of political prisoners, opening up the country to certain political reforms demanded by western countries, and perhaps cutting off ties with certain non-state actors such as Lebanese Hezbollah and many Iraqi Shi’a militias. But given the Assad regime’s nature, all of this is unrealistic to imagine. Nonetheless, these major changes, even if too difficult to imagine, could possibly result in the US softening its position against the Assad government.”

What are the odds that Syria actually succumbs to US demands to rid itself of the economically-crippling Caesar Act? 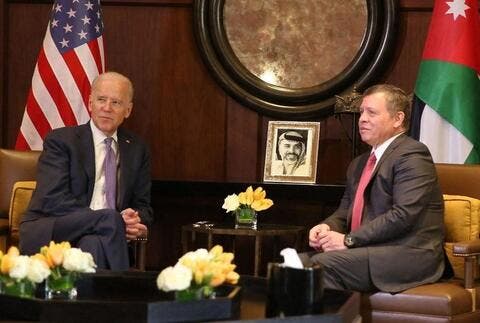 “It's very difficult to imagine Syria submitting to the demands of the United States… It’s likely that Syria will continue to maintain certain policies that are viewed by Democrats and Republicans as unacceptable. In this context, Syria will likely remain targeted by the Caesar Act for as long as Bashar al-Assad is in power, not surrendering to the pressures and demands of the US and some other powers.”

How will China’s blooming relationships with the MENA region affect its relationship with Israel?

“During the Mao era, China was against Israel and viewed the country within the context of western imperialism. At that time, Beijing had a very pro-Palestinian foreign policy and China cultivated ties with the so-called ‘radical’ Arab states like Algeria, Libya, Syria, and South Yemen. Yet in the 1980s and 1990s, China and Israel began having economic relations which have built up ever since. Today, Beijing’s pro-Palestinian position is largely symbolic which is primarily due to China’s interest in maintaining a partnership with Israel. In fact, Sino-Israeli ties have developed to a point whereby officials in Washington have put pressure on the Israelis to cool their relations with the Asian giant.

At this juncture, Beijing balances its good relations with Israel on one side and the Jewish state’s regional adversaries, chiefly Iran, on the other. Striking and maintaining a delicate balance is critical to China’s shrewd navigation of the tumultuous Middle East’s geopolitical order. In contrast to the US, which has decisively picked sides in various regional rivalries and conflicts, China’s approach to the Middle East’s turmoil is largely based on “balanced vagueness”, giving Beijing the opportunities to build up cordial ties with many governments from Israel to Iran and the United Arab Emirates to Qatar and Syria. China’s partnerships with Israel’s adversaries have not come at the expense of strong Sino-Israeli relations.”