China Warns Uighur Students to Keep a Tight Lip on Muslim Crackdown or Else! 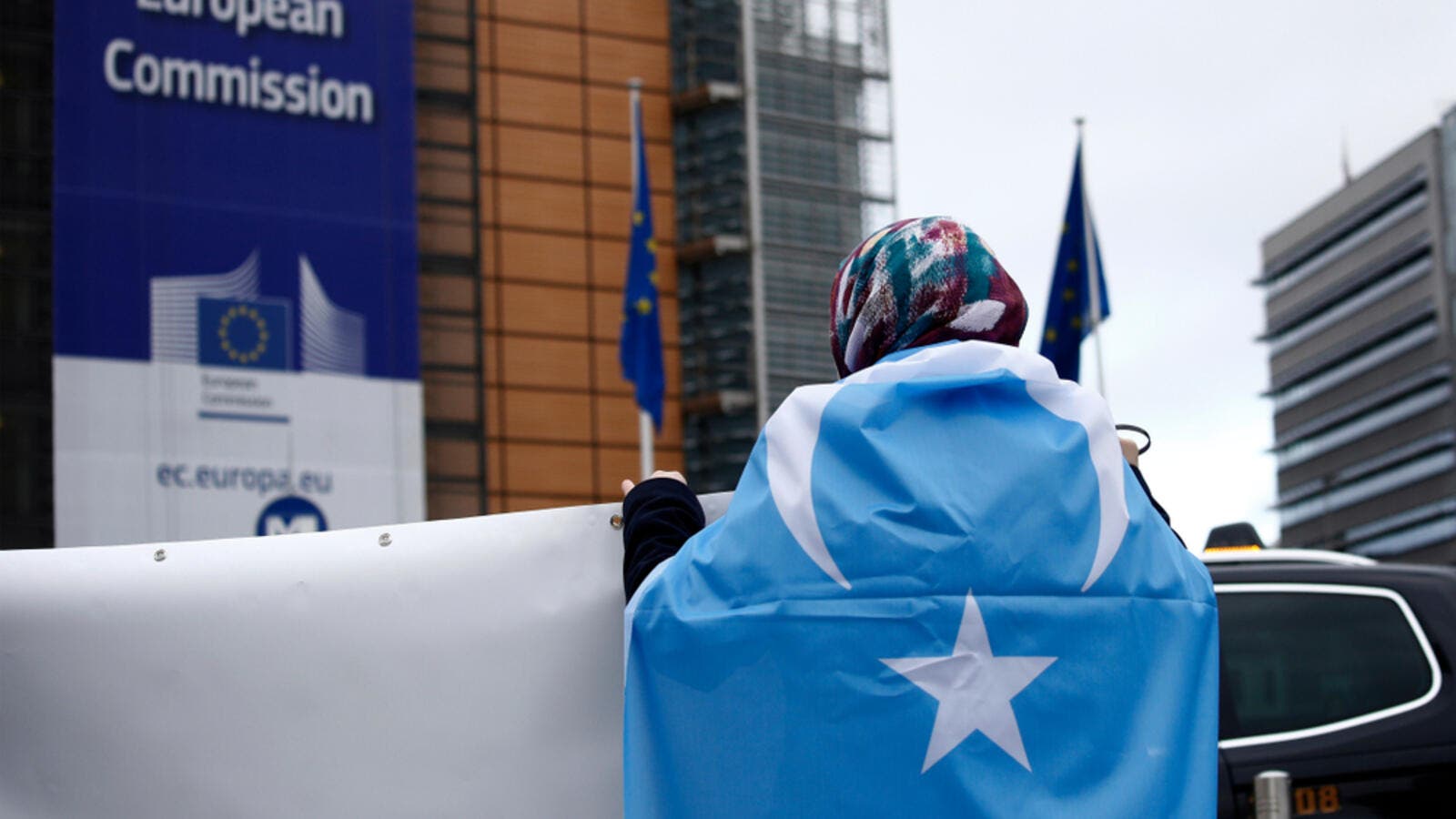 Activists protest the treatment of Uyghur Muslims by Chinese authorities in Xinjiang province at a protest outside the headquarters of the European Union. (Shutterstock/ File Photo)
Highlights
local party officials in the region were faced with an increasing problem - even the relatives of such trusted students were being swept up into China's web of concentration camps.

Chinese authorities have threatened Uighur students to keep quiet over the detention of their relatives in "re-education" camps, a new report has revealed.

The report, published by The New York Times on Saturday and based upon an unprecedented leak from within China's Communist Party, details how local authorities in the northwestern Xinjiang province deal with students returning from elsewhere in the country.

The Chinese government sends the best and brightest young people from Xinjiang - those who it hopes can be moulded in to the next generation of loyal Communist Party officials and teachers in the region - to universities across the country.

But in 2017, local party officials in the region were faced with an increasing problem - even the relatives of such trusted students were being swept up into China's web of concentration camps. With students due to return home for the summer, officials had to formulate a response to the coming questions.

Party officials in Turpan, a city in eastern Xinjiang, drafted a directive on how to handle the students' questions that summer, seen by the NYT as part of a 403-page treasure trove of documents and speeches leaked by an anonymous official.

The documents also revealed how party officials, including President Xi Jinping, formulated the anti-Muslim policies that eventually led to the detention of more than 1 million Uighur and other minority citizens, according to human rights groups.

China has represented the concentration camps to Western critics as "re-education" and "training" centers designed to help "treat" Uighurs, Kazakhs and others who have failed to integrate into Chinese society and fallen sway to Islamic extremism.

But as early as 2014 - when the crackdown on Xinjiang began to be formulated - officials were speaking in a much different language among each other.

"The methods that our comrades have at hand are too primitive," President Xi said  during one speech in the region after a deadly knife attack by Uighur militants. "None of these weapons is any answer for their big machete blades, ax heads and cold steel weapons."

"We must be as harsh as them and show absolutely no mercy," he said.

In what he called a "people's war" on the region, Xi compared Islamic extremism to severe diseases and addictive drugs that necessitate a "period of painful, interventionary treatment".

"The weapons of the people's democratic dictatorship must be wielded without any hesitation or wavering," Xi said.

Before hardliner Chen Quanguo was transferred to govern Xinjiang in 2016, small indoctrination centres had already appeared throughout the province.

Under Chen, however, the centres exploded into camps as the new governor urged officials to "round up everyone who should be rounded up".

In light of those developments in the government's approach to Uighurs and other minority Muslims, students returned home to Turpan in the summer of 2017 to quite the surprise.

When officials were asked where the students' relatives had disappeared to, they were told to say: "They're in a training school set up by the government."

Officials told the students their relatives were not criminals - but could not leave the "schools" until their "training" was completed.

Their family members had been "infected" by the "virus" of Islamic extremism, students were told, and could not come home until they had been cured.

Worried over further questions and the risk that these students could spread the news of the detention camps elsewhere in China, officials used barely veiled threats to keep them quiet.

Students were told that their behaviour could either shorten or lengthen the detention of their relatives.

"I'm sure that you will support them, because this is for their own good," officials were told to say, "and also for your own good."

Students were told to "abide by the state's law and rules" and not to "believe or spread rumours".

"Only then can you add points for your family member, and after a period of assessment they can leave the school if they meet course completion standards," officials were told to say.

Officials were nonetheless told to exercise "humane concern" for the students' plight, assuring them that they had "absolutely no need" to worry over their family members who were living in "even better than the living standards that some students have back home".

"Tuition for their period of study is free and so are food and living costs, and the standards are quite high," officials were advised to say.

"Treasure this chance for free education that the party and government has provided to thoroughly eradicate erroneous thinking, and also learn Chinese and job skills... This offers a great foundation for a happy life for your family," the guide added.

Wang was initially a zealous implementer of the anti-Muslim directives, detaining some 20,000 Uighurs and spending about $180 million on checkpoint and surveillance measures, according to the NYT.

But, according to the confession he later signed, the official had misgivings over the policies and was later dismissed from his post and prosecuted.

While public reports described Wang as a corrupt official who disobeyed the party line, an internal report about his behaviour indicated that the official had apparently gone against the grain under pressure to meet economic targets.

While the leaked documents cannot tell us about Wang's intentions, they reveal that the official released more than 7,000 camp inmates, apparently in an effort to meet economic targets, impossible to do so with the dearth in labour due to camp detentions.

"He refused to round up everyone who should be rounded up," the documents read.