Clashes Continue in Gaza as Palestinians Bury Their Dead 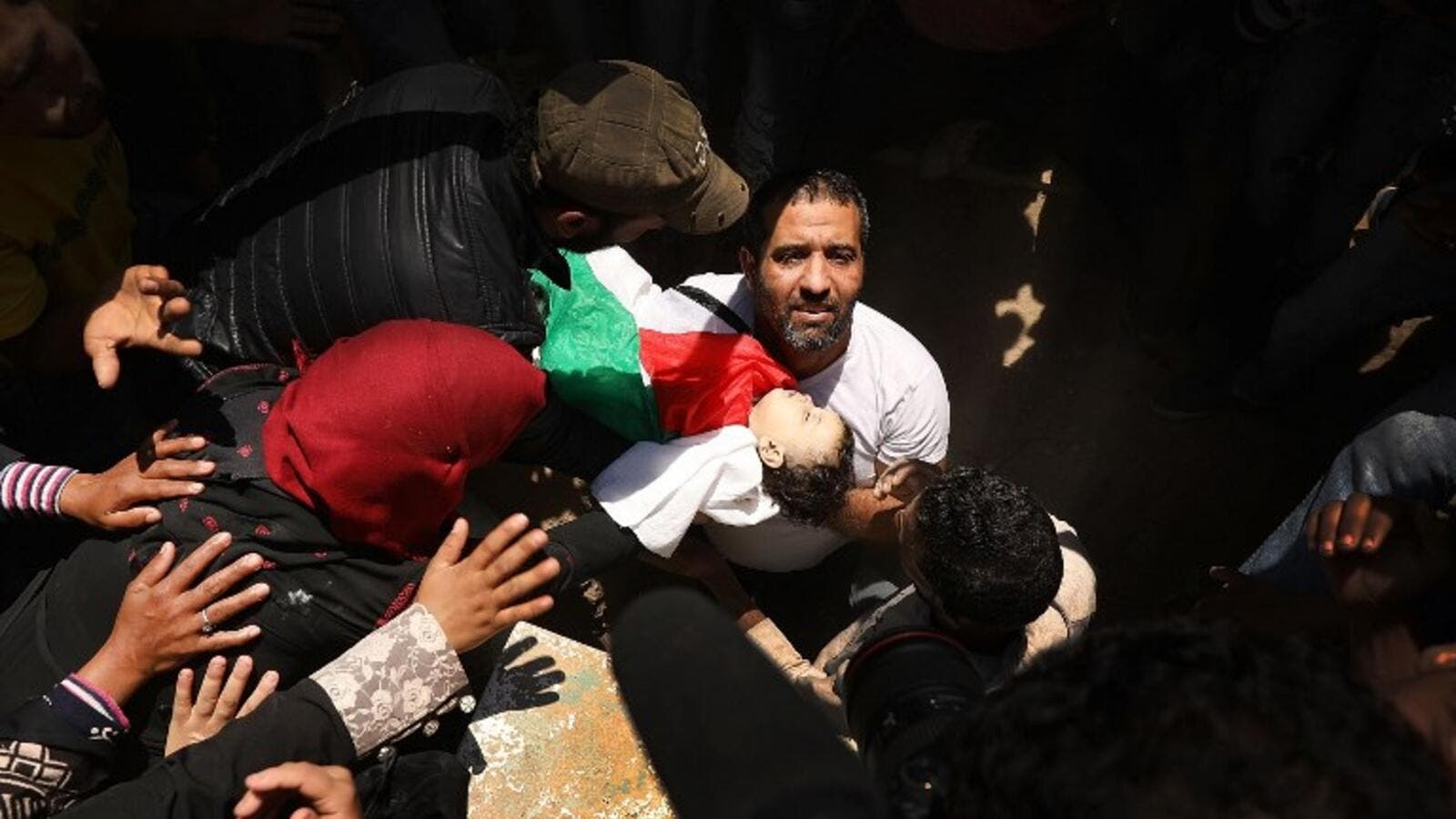 The body of eight-month-old Leila Anwar Ghandoor, who died in hospital, Tuesday morning, from tear gas inhalation, is placed into a grave, May 15, 2018 in Gaza City, Gaza. Anwar was with a relative during the clashes. (AFP/ File Photo)

Fighting continued in Gaza Tuesday, and one person was killed, the day after dozens of Palestinians died in clashes with Israel's military.

"If there were no Hamas march on the border, there'd be no loss of life," the Israeli Foreign Ministry said in a statement Tuesday. "Simple as that."

Funerals began Tuesday for dozens of Palestinians who died in widespread fighting a day earlier. The funerals coincided with the 70th anniversary of what Palestinians call Nakba Day -- a mass displacement of Palestinians in the region after Israel's creation in May 1948 -- and the day the United States controversially opened its embassy in Jerusalem.

Palestinian groups say they intend to rein in protests, but Israel's military said it's preparing for more confrontations.

The Israeli Army said it opened fire on 10,000 "violent protesters" Monday, killing at least 60 Palestinians and injuring about 2,700. It was the deadliest day in Gaza since 2014.

The statement, drafted by Kuwait, expressed "outrage and sorrow" and demands all countries comply with a resolution against placing diplomatic missions in Jerusalem.

Russia said the situation in Gaza is cause for "deep concern."

Kremlin spokesman Dmitry Peskov, noting past concern about the Jerusalem move, said they hope the United States, United Nations and European Union will "refrain from actions that could escalate tensions."

Turkish President Recep Tayyip Erdoğan said he would recall his ambassadors from both Israel and the United States for "consultations" and placed the blame on Monday's "genocide" on Netanyahu and Trump. South Africa also recalled its ambassador.

"We shall continue standing with our Palestinian brothers," he said.

"Proper, firm and urgent measures are needed to put an end to the ongoing brutal killings of thousands of defenseless people at the hands of the occupying Zionists," Iranian Foreign Ministry spokesman Bahram Qassemi said, saying Israel's "crimes" resulted from "unwavering U.S. support."

British Foreign Secretary Boris Johnson said in a statement London was "saddened by the loss of life."

"We don't agree with the U.S. decision to move the embassy and we continue to believe that is playing the wrong card at the wrong time."

The United Nations warned people in the region, saying, "anyone is liable to be shot dead or injured: women, children, press, first responders, bystanders."