Members of the Colombian National Police have committed egregious abuses against mostly peaceful demonstrators in protests that began in April 2021, Human Rights Watch said today. Colombia’s government should take urgent measures to protect human rights, initiate a comprehensive police reform effort to ensure that officers respect the right of peaceful assembly, and bring those responsible for abuses to justice.

On April 28, thousands of people took to the streets in dozens of cities across Colombia to protest proposed tax changes. The government withdrew the proposal days later, but demonstrations about a range of issues – including economic inequality, police violence, unemployment, and poor public services – have continued. Police officers have responded by repeatedly and arbitrarily dispersing peaceful demonstrations and using excessive, often brutal, force, including live ammunition. Human Rights Watch has documented multiple killings by police, as well as beatings, sexual abuse, and arbitrary detention of demonstrators and bystanders. 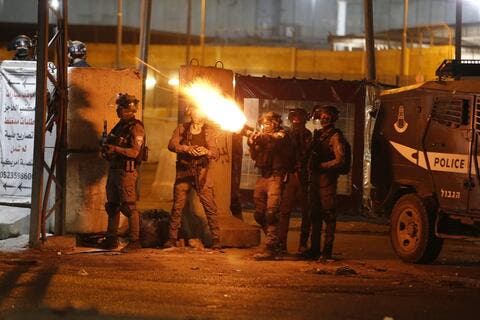 “These brutal abuses are not isolated incidents by rogue officers, but rather the result of systemic shortcomings of the Colombian police,” said José Miguel Vivanco, Americas director at Human Rights Watch. “Comprehensive reform that clearly separates the police from the military and ensures adequate oversight and accountability is needed to ensure that these violations don’t occur again.”

While the protests have been mostly peaceful, some individuals have committed grave acts of violence in the context of the protests, including burning police stations and attacking police officers, two of whom died.

Human Rights Watch interviewed more than 150 people, most by phone, including victims, their relatives and lawyers, witnesses, justice sector officials, officials of the human rights Ombudsperson’s Office, and human rights defenders, in 25 cities across Colombia. Human Rights Watch also met with Colombia’s vice president, who is also the foreign minister; the police chief; the attorney general; and the head of the Military Justice System.

Members of the Independent Forensic Expert Group (IFEG) of the International Rehabilitation Council for Torture Victims (IRCT), an international group of prominent forensic experts, provided expert opinion on some evidence of abuses. Human Rights Watch also reviewed police and medical records, necropsy reports and photos of the victims, publications by local rights groups, and media reports. Human Rights Watch also corroborated more than 50 videos posted on social media and obtained information about the government’s response to past police abuses from the Ombudsperson’s Office, the Inspector General’s Office, and the Defense and Interior Ministries.

So far, Human Rights Watch has confirmed that 34 deaths occurred in the context of the protests, including those of 2 police officers, 1 criminal investigator, and 31 demonstrators or bystanders, at least 20 of whom appear to have been killed by the police. Armed people in civilian clothes have attacked protesters, killing at least five.

Colombian authorities should carry out prompt and independent investigations into all cases of police abuse and other serious acts of violence, including by armed people in civilian clothes who have attacked protesters, Human Rights Watch said. They should also investigate any officers who may have failed to protect demonstrators from attacks by others.

Credible evidence indicates that the police killed at least 16 protesters or bystanders with live ammunition fired from firearms, Human Rights Watch found. The vast majority of them had injuries in vital organs, such as the thorax and head, which justice sector officials said are consistent with being caused with the intent to kill.

At least one other victim died from beatings and three others from inappropriate or excessive use of teargas or flash bang cartridges.

Over 1,100 protesters and bystanders have been injured since April 28, according to the Ministry of Defense, though the total number is most likely higher as many cases have not been reported to authorities. Human Rights Watch documented nine cases of severe eye injuries, including seven with likely permanent loss of vision in one eye, apparently from teargas cartridges, stun grenades, or kinetic impact projectiles fired from riot guns.

Victims injured include journalists and human rights defenders who were covering the protests, including many who wore vests identifying them as such.

On June 3, the Ministry of Defense said that, since April 28, police officers had detained over 1,200 people for crimes allegedly committed during the protests. Prosecutors had only charged 215. Hundreds were released after a judge or prosecutor concluded that there was no evidence linking them to a crime, or that their due process rights were violated during detention, the Attorney General’s Office told Human Rights Watch.

In addition, the police took into custody over 5,500 people using a legal provision that allows police officers to “transfer” a person to an “assistance or protection center” to “protect” them or others. Human Rights Watch documented multiple cases of arbitrary detention, including by misusing the “protection” provision.

At least 419 people have been reported missing since the protests began. On June 4, the Attorney General’s Office said that it had found 304 of them. In some cases, the people who reported them missing were not aware that they had been detained.

While most demonstrations were peaceful, some individuals engaged in serious acts of violence, including attacking police officers and police stations with rocks and Molotov cocktails, looting, and burning public and private property. As of June 2, over 1,200 officers had been injured, at least 192 severely, 2 officers had died and 7 officers remained hospitalized, according to the Defense Ministry. Twenty police officers had been injured by firearms, the police chief said. On April 29, several people beat up and sexually abused a woman police officer as they attacked a police station in Cali.

Some protesters blocked roads for prolonged periods, at times limiting or impeding the distribution of food or the circulation of ambulances, particularly in the states of Valle del Cauca and Cundinamarca. These limitations have at times undermined access to health supplies, including oxygen for patients with Covid-19, the Health Ministry said. A newborn baby girl died on May 23 after protesters blocked the ambulance that was carrying her between Cali and Buenaventura.

“Violence against police officers and road blocking that impedes access to food or health services are unjustifiable, but they are no excuse for police brutality,” Vivanco said.

Incidents of abuse by the police in 2019 and 2020 prompted calls for comprehensive police reform, including from Human Rights Watch.

"These brutal abuses are not isolated incidents by rogue officers." 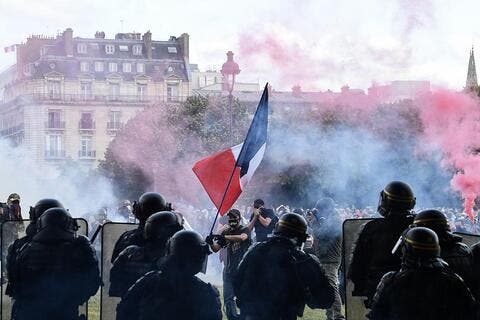 The Colombian police force is under the authority of the Defense Ministry and has been deployed to fight armed groups alongside the armed forces, in a manner that has often blurred their distinct functions. In situations involving armed conflict, the use of force is governed by international humanitarian law, and the rules are very different than in a civilian context, such as in protests. Police officers implicated in abuses are also often tried in military courts, where there is little chance of accountability.

Colombia needs a civilian force that is trained to respond to protests in a manner respectful of human rights, and whose members are held accountable for abuses, Human Rights Watch said. Establishing a clear separation between the police and the military is a key first step.

On June 6, President Iván Duque announced that his government would take steps to “transform” the police. Some of the initiatives, such as a proposed reform of the police’s disciplinary system, could have a positive impact on police abuses if properly designed and implemented, Human Rights Watch said. But other proposals seem cosmetic, and, overall, the changes announced fall short of the reforms needed to prevent human rights violations and hold those responsible to account.

President Duque has acknowledged that the police committed some abuses and said officers involved would be prosecuted and punished. But Duque has rejected other major proposals for police reforms, claiming that his government has “zero tolerance” toward abuse.

Yet the police’s internal disciplinary system, which lacks necessary independence, has failed to hold officers responsible for abuses in protests in 2019 and 2020, data obtained by Human Rights Watch shows. The Attorney General’s Office, which conducts criminal investigations, has also failed to achieve meaningful progress in investigations into abuses committed during those protests.