Crimea: Fighting Heats up at Saki 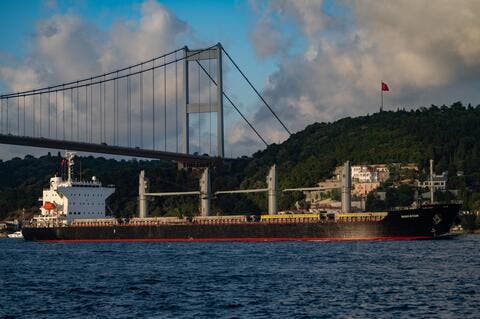 Ships of Grain Leave The Ukraine to Feed The World

Shortly after the explosions took place, videos of black smoke rising above what is believed to be Russia's Saki Air Base in Novofedorivka captured from a nearby beach began appearing on the internet.https://t.co/lDOUnPrjEQ

Oleg Kryuchkov, an adviser to Crimea’s leadership, confirmed reports of the explosions.

"So far, I can only confirm that several blasts occurred near Novofedorivka,” he said, according to TASS.

The Saki military airdrome near Novofedorivka is used by the Russian Defense Ministry, including for naval aircraft, the report added.

In what some call a prelude to the current Russian war on Ukraine, launched on Feb. 24, Russia illegally annexed Ukraine’s Crimean Peninsula in 2014, in a move condemned by the US, EU, UN General Assembly, and Türkiye.

Does Aging Weaken The Sex Drive?