An interview with Jordan Peterson has led to an online debate about how the media deploys language designed to discredit individuals, at times irrespective of the content or substance of what that individual has said or written. Peterson is a Canadian psychology professor who first came to prominence after criticizing the Canadian government's Bill C-16.

During the interview, Peterson had an uncomfortable exchange with a Channel 4 anchor, temporarily leaving the anchor lost for words. The following clip was widely shared and circulated. It resulted in personal attacks on the presenter over twitter, as well as headlines in the U.K. media that were deliberately framed to discredit the individual, rather than accurately and robustly scrutinize his ideas.

Perceived attempts to discredit Peterson during the exchange, rather than listen to what he actually had to say, were quickly shared as examples of media bias. This, predictably, let to millions of people watching the initial interview over Youtube. 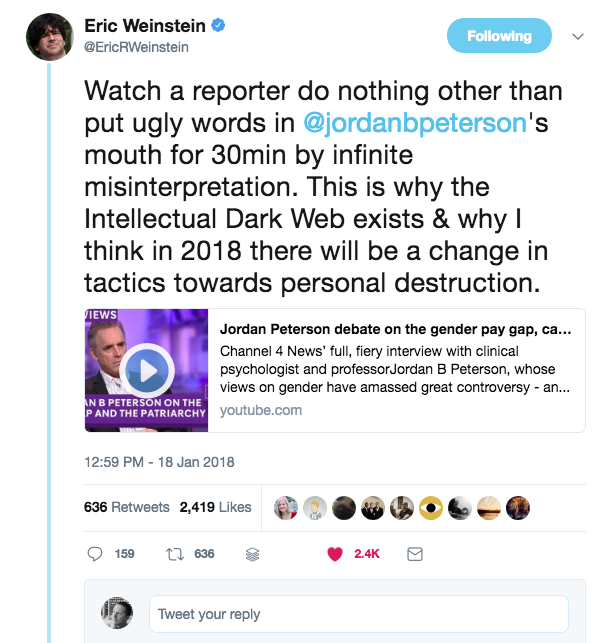 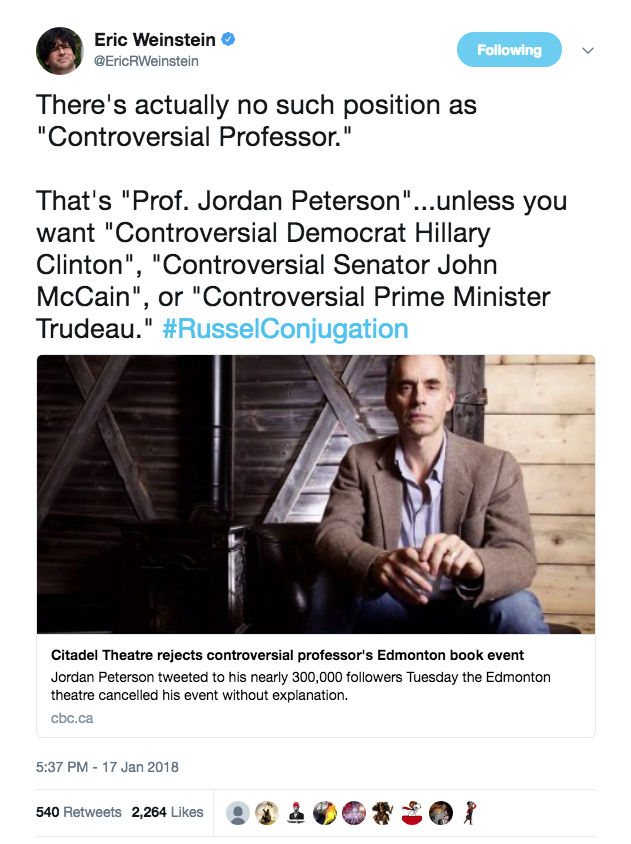 As the internet responded, so did Channel 4 News. According to the Editor of Channel 4, the presenter Cathy Newman was met with such vitriol online that a private security team was hired. 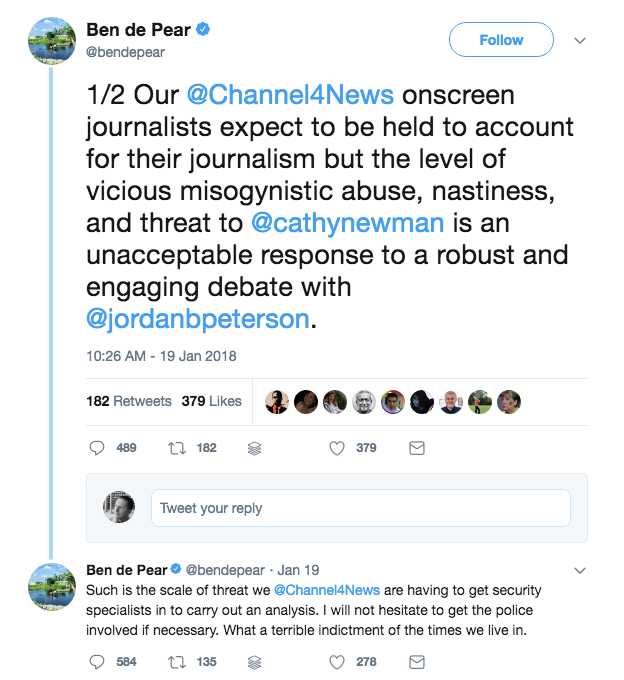 The statement from the editor, quickly resulted in a group of headlines that seemed to directly relate the online abuse the interview received, with Peterson himself. Here the phrase ‘anti-feminist” is used to discredit the speaker. Other headlines deploy similar language. 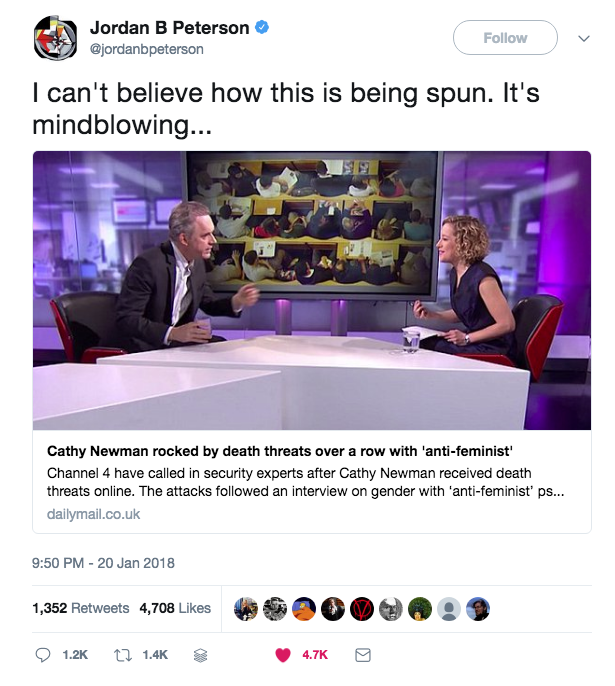 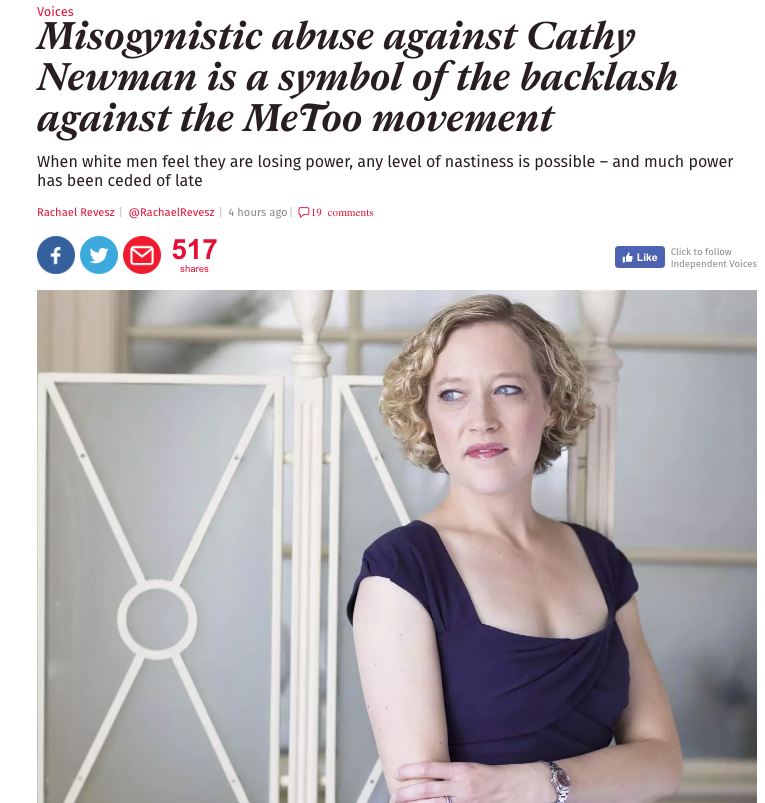 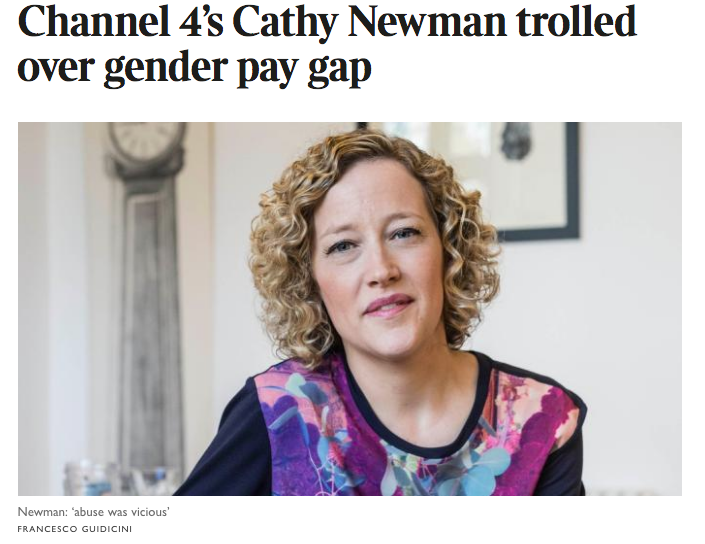 These headlines go beyond discussing the issue of online trolling, to imply that a robust interview with a female Channel 4 presenter was in fact animated by ‘misogyny’, ‘violence’ and ‘abuse’. The remarks of Peterson are as such quickly discredited.

The presenter is also framed as a victim, and as someone who has suffered an unfair attack. Individuals are discouraged from watching the interview as a result of these associations. If they do watch the interview, it will likely be with a strong series of suspicions and preconceptions in mind.On Twitter, individuals were quick to point this out. 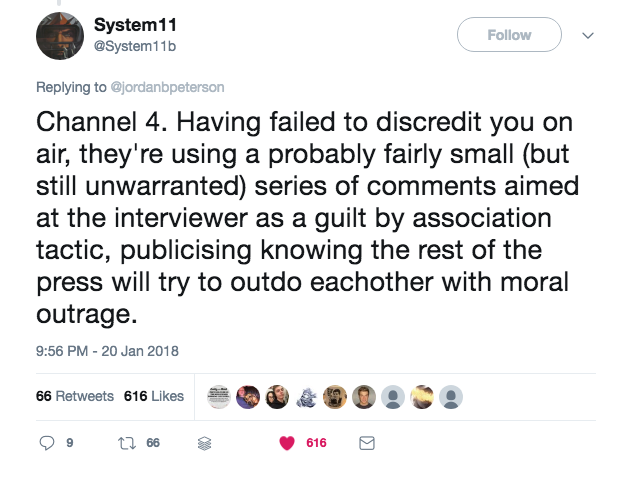 The Peterson interview may be most interesting for the spotlight it shines on the UK media, and the emerging contest between journalists, news organisations and online thinkers it represents.