Published July 14th, 2021 - 06:10 GMT
Protesters shut down part of the Palmetto Expressway as they show their support for the people in Cuba that have taken to the streets to protest on July 13, 2021 in Miami, Florida. JOE RAEDLE / GETTY IMAGES NORTH AMERICA / Getty Images via AFP

One person has died during protests that began Sunday in Cuba amid discontent fueled by a growing economic crisis during the coronavirus pandemic, the Cuban News Agency said Tuesday. 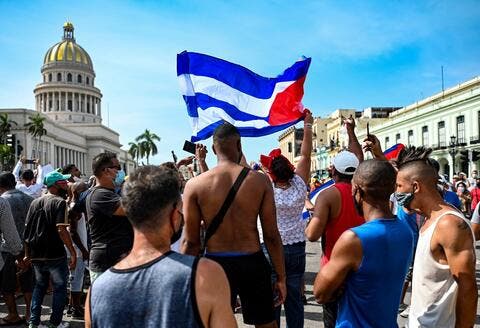 The Interior Ministry said Diubis Laurencio Tejeda, 36, died in the municipality of Arroyo Naranjo on the outskirts of Havana in what the agency described as "disturbances."

At least 219 people have been arrested or are missing, Cuba Decide, a pro-democracy group, said Tuesday. The group published a list of activists it said had been arrested by the authorities. Demonstrators took to social media to denounce the arrest of protesters Monday by Cuban security forces.

Among those detained was journalist Camila Acosta, who was covering the protests for Spain’s ABC newspaper. Spain's Foreign Minister Jose Manuel Albares called for her immediate release in a tweet, saying that "Spain defends the right to free and peaceful demonstrations and calls on the Cuban authorities to respect it. We defend human rights."

Thousands of people took to the streets Sunday in cities and towns across the country to protest shortages of food, fuel and medicine as well as power outages amid an economic crisis exacerbated by US-imposed sanctions. The protests are the largest to have erupted on the island in decades.

Cuba President Miguel Diaz-Canel has blamed the US for maintaining a policy of "economic asphyxiation” that has “provoked social outbreaks in the country.”

The president said there were "criminals" in the protests.

"There is a group of people that commits crimes. Yesterday, we saw delinquents. Yesterday, the demonstrations were not peaceful. There was vandalism. A totally vulgar, indecent, delinquent behavior," he said Monday. “They confronted the people with violence and the people defended themselves." 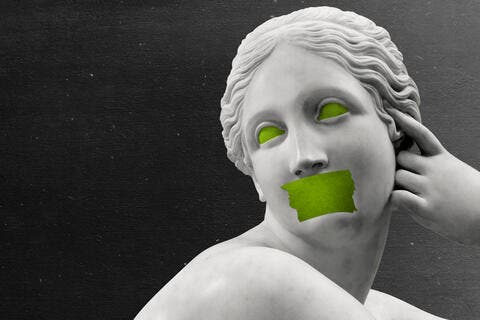 US President Joe Biden said the Cuban government has to respect the rights of its citizens to protest.

“The Cuban people are bravely asserting fundamental and universal rights. Those rights, including the right of peaceful protest and the right to freely determine their own future, must be respected,” Biden said.