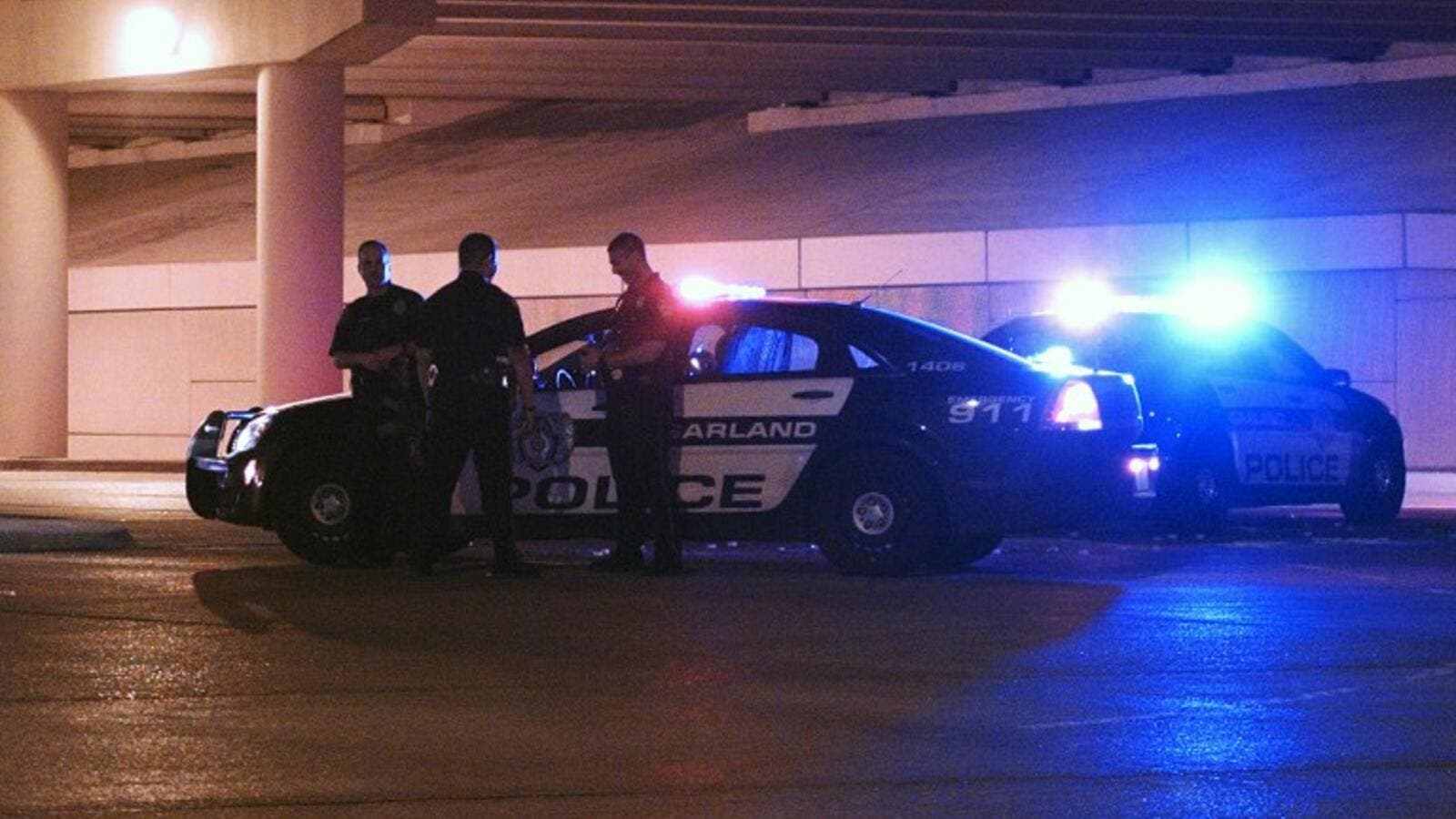 Police officers gather in Garland after two gunmen were shot dead outside a Prophet Muhammed cartoon contest, May 4, 2015. (AFP/File)

In its first claim of an attack on US soil, Daesh said on its offcial radio station Tuesday it was responsible for a shooting over the weekend at an anti-Islam event in Texas holding a cartoon drawing competition of the Prophet Mohammed (pbuh).

According to AFP reports, the extremist group said in its announcement that two "soldiers of the caliphate executed an attack on an art exhibit in Garland, Texas," because of the event's negative portrayal of the Prophet.

"We tell America that what is coming will be even bigger and more bitter, and that you will see the soldiers of ISIS do terrible things," the group added.

The Texas shooting marks the group's first operation to be carried out on US soil.

Following the annoucement, supporters of the group took to social media saying the attack would be followed by more from 'lone wolves' operators living in America.

Meanwhile, the Twitter handle of Dabuk, Daesh's offical media site, said "these are our love wolves on their own land, the battle shall be on your land now."

Violence broke out at the Texas event this weekend when authorities say two men drove up to a conference center in Garland, Texas, where the far-right American Freedom Defense Initiative had organized a competition to draw a cartoon of the Prophet Mohammed. Police said two gunmen approached the center and began shooting at a security guard.

The suspected attackers were Elton Simpson, 31, and Nadir Soofi, 34, who shared an apartment in Phoenix, Arizona, according to reports from US media.

Court records also suggest Simpson was the subject of an ongoing FBI investigation over suspected plans to travel to Somalia for 'holy war.'

Depicting the Prophet Mohammed (pbuh) is highly offensive to Muslims, who consider the practice blasphemous. Extremist groups have often cited Prophet depictions as reasons for staging terror attacks. Such as last year's attacks at Paris offices of French satirical magazine Charlie Hebdo in which 12 people were killed by Islamist gunmen.