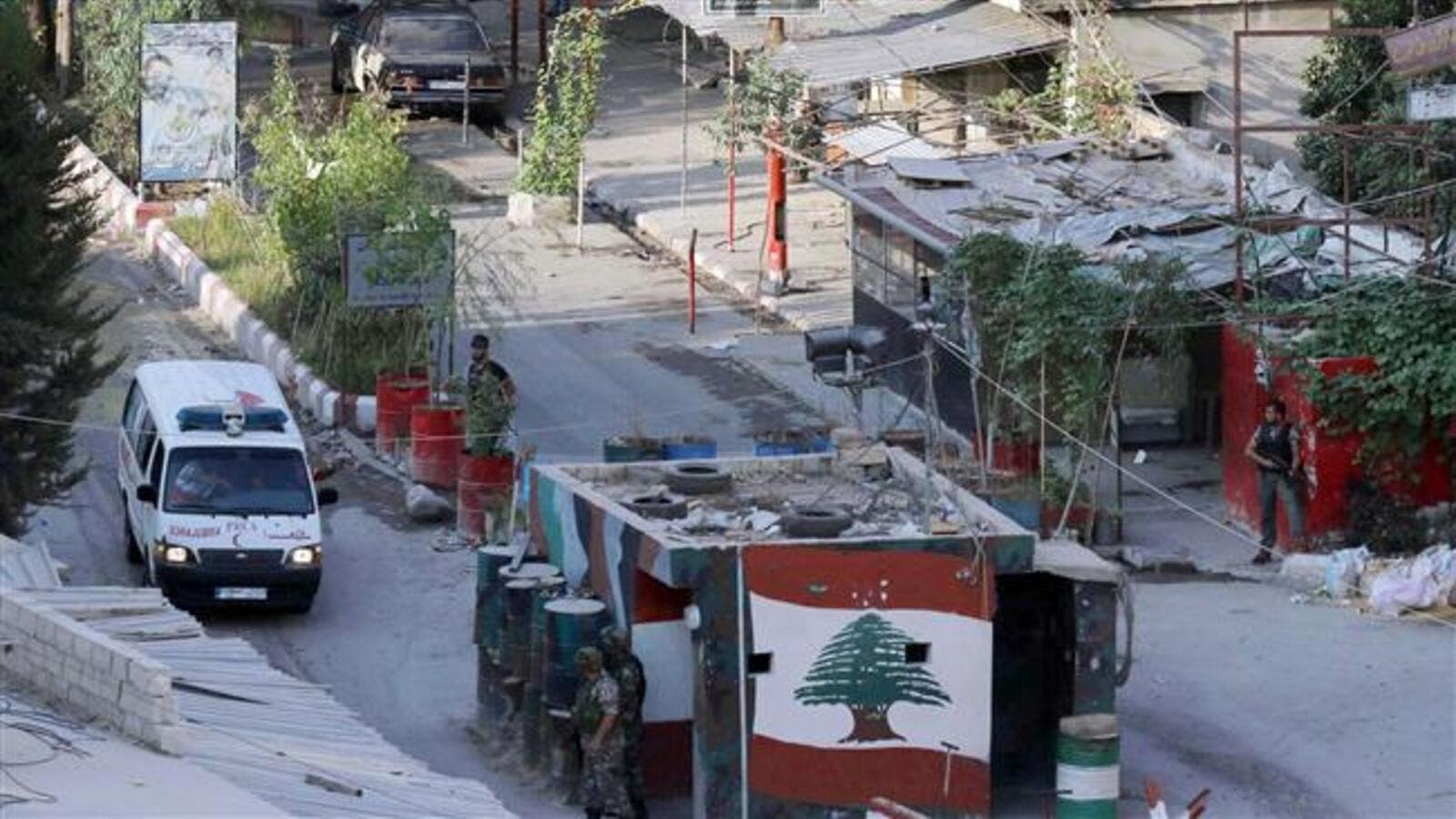 Members of the Palestinian Fatah movement and Lebanese army soldiers watch as an ambulance evacuates the wounded from Ain al-Hilweh refugee camp near Lebanon’s southern port city of Sidon during clashes on August 25, 2015. (AFP/File)

Supporters of the so-called Islamic State Emir in Ain el-Hilweh, Imad Yassine, have shifted their allegiance to the Nusra Front, which rebranded itself as Jabhat Fateh al-Sham in July when it split from the al-Qaida movement, As Safir daily reported on Saturday.

Following Yassines' arrest, groups affiliated to the detainee abandoned their homes and a state of "collapse" spread among the ranks of those who supported Daesh and Yassine, security sources said.

Military sources likened the scene to a similar situation that took place in the northeastern border town of Arsal when the Lebanese army fatigued Daesh militants in the area with heavy shelling, air and land operations that compelled the militants to change allegiance to Nusra.

The same thing is happening today in Ain el-Hilweh, they said.

Yassine, who is wanted on multiple arrest warrants, had been plotting prior to his arrest to stage several bombings against army posts, vital and touristic facilities, shopping centers, popular gatherings and residential areas in several Lebanese regions.

He was tasked with his missions by terrorist organizations based outside the country.

It was reported in July that Yassine had received orders from IS foreign operations chief Abu Khaled al-Iraqi to stage major "Iraq-like bombings" across Lebanon.

By long-standing convention, the army does not enter the twelve Palestinian refugee camps in Lebanon, leaving the Palestinian factions themselves to handle security.

That has created lawless areas in many camps, and Ain el-Hilweh has gained notoriety as a refuge for extremists and fugitives.

But the camp is also home to more than 54,000 registered Palestinian refugees who have been joined in recent years by thousands of Palestinians fleeing the fighting in Syria.

More than 450,000 Palestinians are registered in Lebanon with the U.N. agency for Palestinian refugees UNRWA. Most live in squalid conditions in 12 official refugee camps and face a variety of legal restrictions, including on their employment.