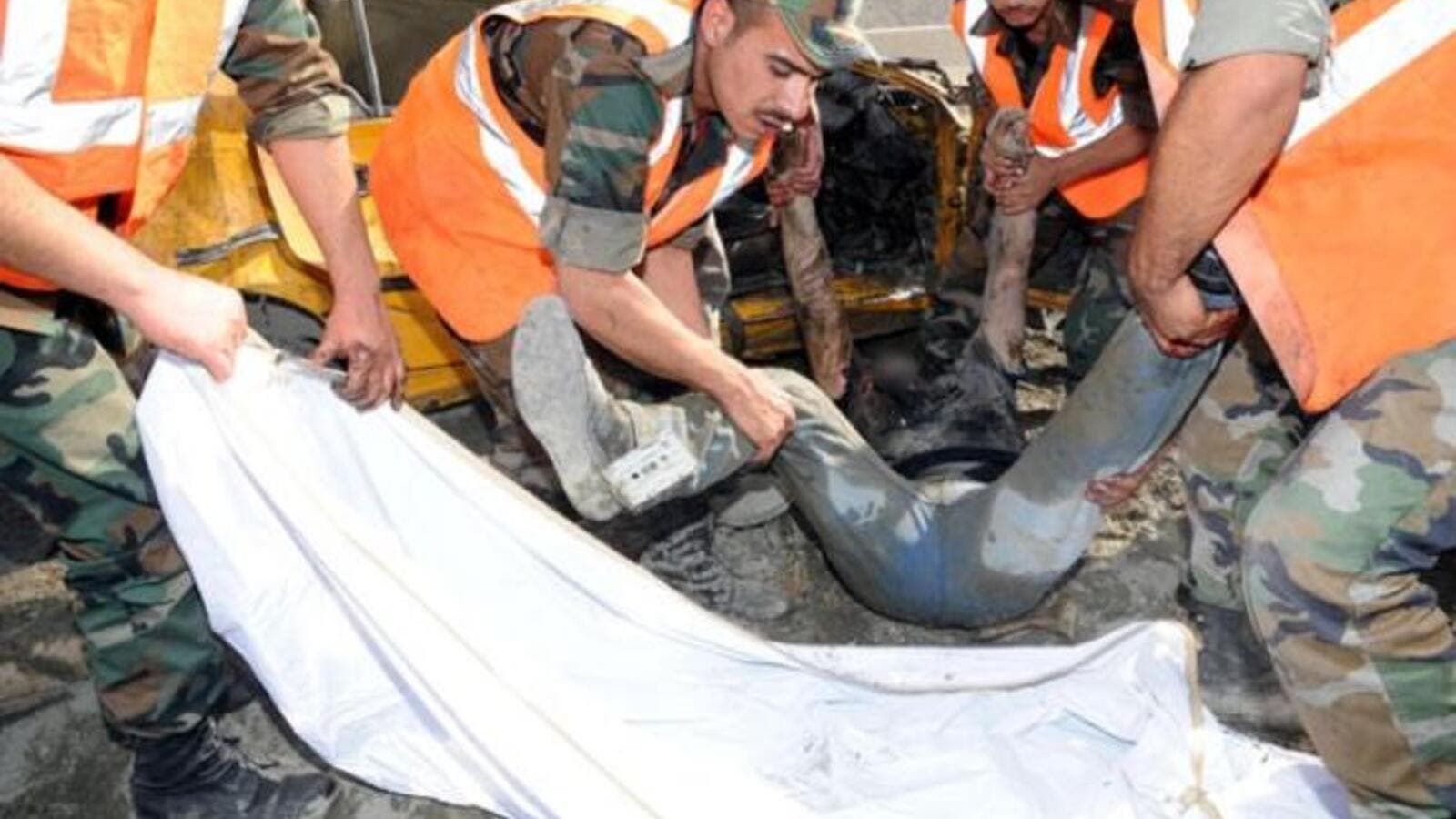 The two car bomb attacks that hit Damascus on Thursday killed 55 people and injured 372, civilians and soldiers, according to the Syrian Ministry of Interior. "The two attacks that took place at one minute intervals are suicide attacks using car bombs, and left 55 dead and 372 wounded civilians and soldiers, "said the Syrian Ministry of Interior, stating that the explosives weighed "more than 1,000 kg".

Both attacks targeted an intelligence center in the Syrian capital, struck in recent months by a series of deadly attacks. The last fatal attack in Damascus dates back to April 27. Eleven people were then killed then in a suicide bombing attack near a mosque. The regime and the opposition have accused each other for responsibility for "the most violent attack" in Syria since the beginning of the popular revolt in March 2011.

The attacks with car bombs, were committed by "terrorists" on the highway south of Damascus, in the Qazzaz area, "when people went to their work and students to the school," reported the Syrian TV, adding that most of the victims were civilians.

Columns of smoke, destroyed cars and body parts were seen in the area of the blasts.

On his part, UN Special Envoy to Syria Kofi Annan condemned the twin bombings in Damascus. In his statement, Annan called for ending all forms of violence and protecting civilians. "These abhorrent acts are unacceptable and the violence in Syria must stop."

"Any action that serves to escalate tensions and raise the level of violence can only be counter-productive to the interests of all parties," the former UN chief added.