The Israeli Parliament approved right-wing nationalist Naftali Bennett to become the next Israeli PM. Bennett has been described as versatile, however, he seems to be much more hawkish. He has the mentality that “there never was a Palestinian state, hence there is no occupation.” In 2018, he even publicly boasted about killing Arabs when he advocated a shoot-to-kill policy for children breaching the Gaza border. Netanyahu might be gone, but could Bennett just be Netanyahu 2.0?

“I think there's no question that Bennett is to the right of Netanyahu and that he’s more militant. I would say that in some ways towards the Palestinians, he has less ability to act on that than Netanyahu did. Netanyahu had tremendous control of the Israeli government- the organs of power along with the military and all of the intelligence operations- in a way that Bennett is not going to have. A part of it was being there as long as he was... Netanyahu was in power for an awful long time- you get good at that- and he was extremely popular consequently. I think it's going to be interesting to watch as this coalition that Bennett heads tries to actually do policy, if they can even do policy, or are they just going to end up splintering and becoming ineffective?”

What type of future can we see for a Palestinian state with Bennett as PM?

“While Bennett is PM, I don't think that he is going to, in any way, work toward a Palestinian state. I don’t think that that he will be in the condition that he requires for that. It's hard to tell where the center of masses in the Israeli population are right now; either towards a one-state, or a two-state solution because it is still split. I do think that it's been difficult for anyone who is in favor of a two-state solution to get support for that because you just can’t operate with Hamas and they just won’t quit. It’s an extremely difficult challenge, and I don’t think that Bennett’s going to put a lot of effort into that.”

‘If you guys try anything crazy, you might have to go back to the old tried-and-true Netanyahu.”

Bennett believes that Israel needs to take a second look at its approach with U.S. Democrats. Israel seems to perceives them as ‘angry’ and identifies them as a threat to their agenda. Fortunately, Bennett has been known to engage more with Republicans- similar to his predecessor- especially since Israel benefited greatly from the Trump administration. Will this new Israeli government relationship be hindered due to a Democrat being in office rather than a Republican?

“Oh, no doubt. I think it's going to be much more difficult for Israel because the bulk of the Biden administration foreign policy team is much more favorably disposed towards the Palestinians than Israel. I think that in many ways, they look at Israel as the obstacle to peace whereas in the Trump administration it was looking at the Palestinians as the obstacle to peace. Bennett’s not just going to capitulate, and he’s been signaling that, just because there are democrats in Washington. He wants to continue with the outreach to the modern Arab states and the Gulf Arab states. 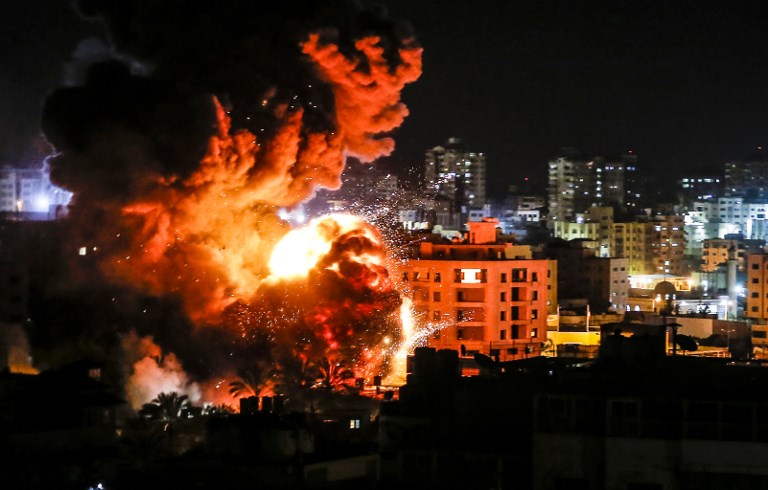 After being ousted, Netanyahu has gone on to say things like, “I will bring down this government” which he referred to as “dangerous.” He also said that “we’ll be back soon”. What could this rhetoric ultimately mean?

“I think he’ll definitely run again… There’s no question. He thinks he can get back in power. I think he would most definitely prefer to be PM again sooner rather than later and I think anything that the new government tries to do, he is in a great position to point out that things did go extremely well for Israel during his tenure… They gained a lot of power, prestige, economy, and did well on a lot of other stuff and so I think I think that he's now in a position to say, ‘If you guys try anything crazy, you might have to go back to the old tried-and-true Netanyahu.”

“I think that Bennett needs to take Netanyahu’s statements very seriously because even though Netanyahu couldn't get another government together and seated, he still had an awful lot more support personally than Bennett did.

Along with all of the criminal charges that Netanyahu has racked up and been convicted of by the UN, could this be the stalemate that he finally needed to force him to pay his dues?

“When he was PM, he definitely had certain kinds of immunity that he won’t have anymore and I really don’t know how that will play out. I’m sure that he's hoping that the current government will at least give him a little air cover but I don't know… He’s gotten a lot of exposure and that's a big problem for him albeit some of those charges were penny-ante stuff. We’re talking about very minor things in the cosmic scheme of things for a head of state and his wife so he's not going to be going to jail, for sure.”

With such strong rhetoric coming from Netanyahu, could it be perceived as a threat to Bennett or do his threats not even belong on Bennett’s radar?

“I think that Bennett needs to take Netanyahu’s statements very seriously because even though Netanyahu couldn't get another government together and seated, he still had an awful lot more support personally than Bennett did. Netanyahu and his block is probably still the strongest political entity in Israel and so the fact that they couldn't again manage to get him another term as PM doesn't take away that amount of support. He’s got a lot of political support in the government and he's got a lot of grassroots support from the Israeli people; they feel very comfortable that he'll keep them safe so I think Bennett has to listen to him. I think at some level, Netanyahu can help Bennett by being the voice for saying things that Bennett can’t in a coalition government. He’s got a lot of different parties to deal with in his seated government now and Netanyahu may be able play a sort of rabble rouser for things that Bennett may believe but doesn't want to be the one advocating for.”

Therefore, Bennett should be seeking to be in Netanyahu’s favor?

“I think it's going to be a balancing act for Bennett because a lot of the rest of the Israeli political scene seems to be unhappy with Netanyahu and so if Netanyahu gets too close to Bennett, he’ll just be seen as a puppet of Netanyahu’s… He’s not going to be able to do anything so I think he needs to do with the balancing act of not making Netanyahu look bad but also not ignoring him and trying to use his support strategically so we’ll just have to see how good of a politician Bennett is… This is definitely a difficult challenge.”