Published July 22nd, 2021 - 04:58 GMT
Relatives of Njabulo Allen Dlamini (31) a father of 11, taxi driver killed in Phoenix, Durban, on July 12 allegedly by a group of South African Indians resident manning a roadblock while defending their properties from looters mourn on July 21, 2021 at his funeral service. MARCO LONGARI / AFP
Highlights
Government warns that some could face terror charges; Zuma applies for compassionate leave

South Africa's death toll rose to 276 on Wednesday amid violent protests and looting. 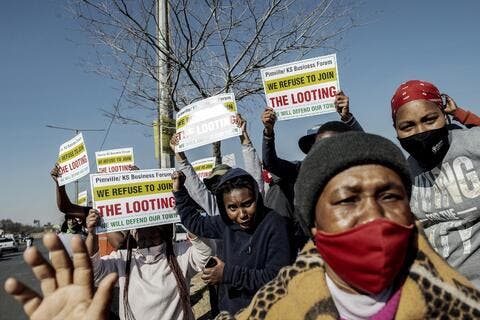 Acting Minister in the Presidency Khumbudzo Ntshavheni said the figure increased by 64 since the government said last week that the death toll was 212.

“Since the unrest, a total of 234 deaths as related to the unrest were reported in KwaZulu-Natal Province,” Ntshavheni said at a news conference.

She said police are investigating 151 deaths for murder and 83 inquests have been opened. Fifteen arrests have been made in relation to the murders.

Ntshavheni also announced that 42 deaths were reported in Gauteng province, which includes the capital, Pretoria, and largest city, Johannesburg.

She said police in Johannesburg are investigating 17 murders and 25 cases are still at an inquest stage.

Riots and looting broke out in South Africa two weeks ago after former President Jacob Zuma was jailed and began serving 15 months for contempt of court.

Protests which began in Zuma's home province of KwaZulu-Natal and later spread to Gauteng Province lasted for one week, costing billions of dollars in damages.

Major shopping venues in the two most densely populated provinces were ransacked and some set on fire.

Vehicles and trucks were also burned by protesters who called for Zuma's release.

“We want to re-assure all South Africans and the international community that the situation in South Africa is now stable and economic activities have returned to normal,” said Ntshavheni.

She said nearly 10,000 trucks were transporting goods on the main freeway on the N3, some heading to neighboring countries that depend on South Africa’s ports and industries.

Ntshavheni said security was beefed up along all major routes to allow freight trucks to transport goods safely.

Thousands of demonstrators have been arrested for violent protests and looting.

We're seeing some of the worst political violence in South Africa since Apartheid. The death toll is now up to at least 72. This comes after former President Jacob Zuma was sent to jail. pic.twitter.com/DnBMU1hMrb

The department of correctional services confirmed Wednesday that Zuma applied for compassionate leave to attend the burial of his younger brother, Michael, who died days after Zuma was jailed. 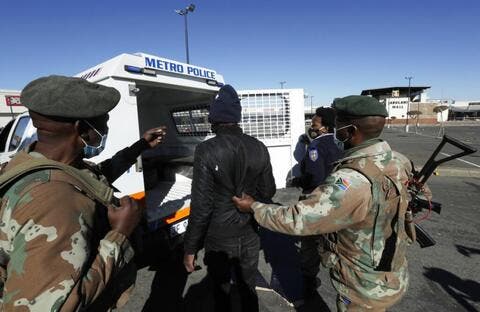 The younger Zuma will be buried Thursday.