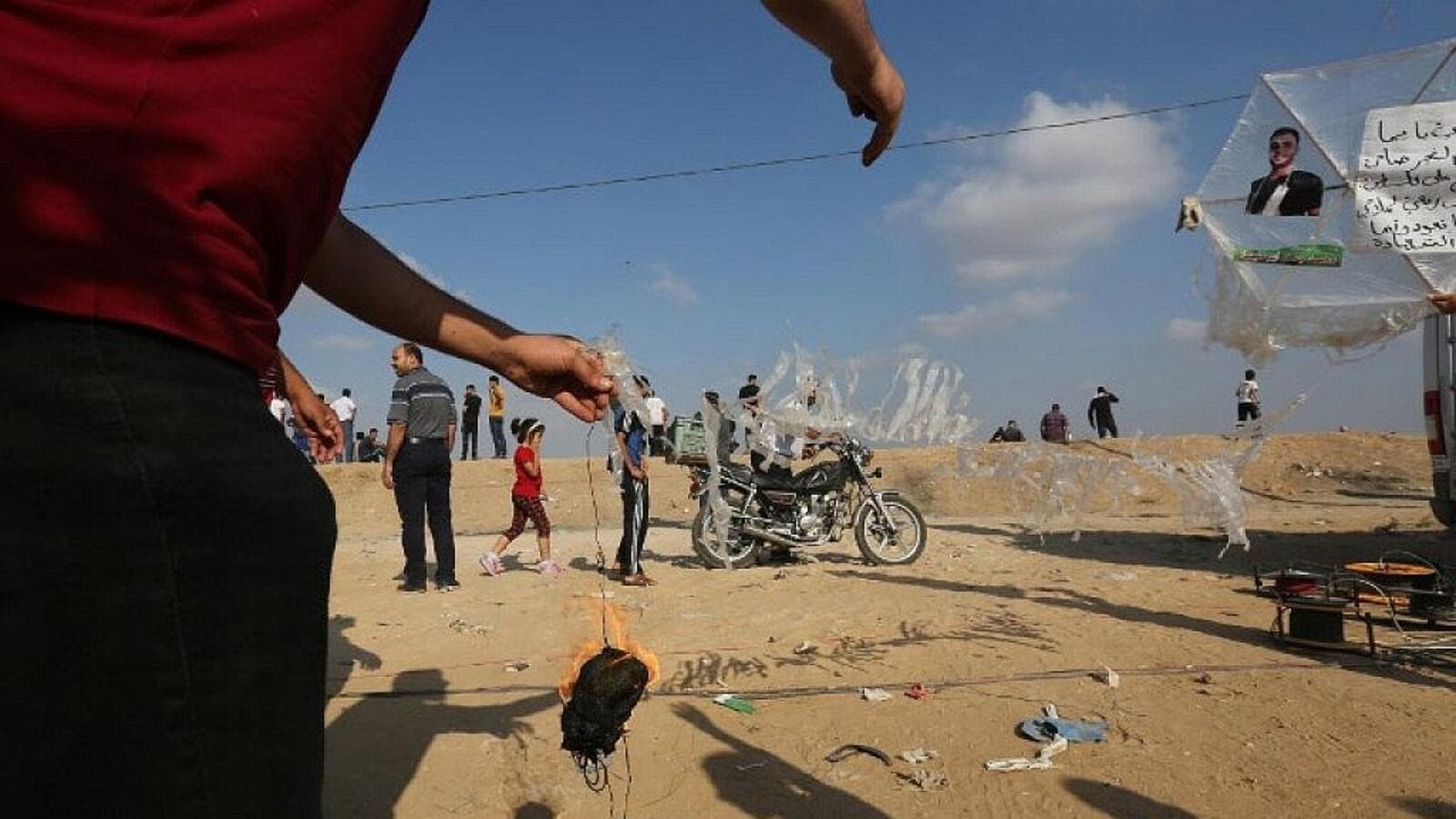 Egypt succeeded in brokering yet another truce between the Palestinian factions and Israel in the Gaza Strip, however, it seemed fragile with the controversy over whether it should include the issue of flaming kites and balloons.

Calm prevailed in Gaza and its surroundings on Sunday a day after the most serious escalation since the summer war of 2014.

Israel, the Hamas and Jihad groups had announced a ceasefire in Gaza, but Tel Aviv has kept its threat that the situation on the ground will determine whether it will hold.

Israeli Prime Minister Benjamin Netanyahu said that for Israel, the truce includes the cessation of incendiary kite and balloons.

"I heard it being said that Israel has agreed to a ceasefire that would allow the continuation of terrorism by incendiary kites and balloons; this is incorrect. We are not prepared to accept any attacks against us and we will respond appropriately,” he told a cabinet meeting.

“We hit Hamas in a significant way and hard. Our policy is clear: Whoever hurts us, we will hit them with great strength. This is what we did yesterday. The military dealt Hamas the harshest blow since Operation Protective Edge. I hope that they got the message; if not, they will get it later,” he warned.

Netanyahu's remarks came hours after the ceasefire came into effect, the second such truce sponsored by Egypt in as many months.

Hamas and the Jihad, however, denied that the agreement included the cessation of the flaming kites.

Hamas leader Ismail Haniyeh vowed on Sunday that armed factions in Gaza would retaliate against any further Israeli airstrikes in the Strip.

He made his remarks during the funeral of the two teenagers, Amir al-Namara and Loay Khei, who were killed during an Israeli strike on Saturday.

He asserted that the weekly marches at the Gaza border will continue until “we have reached all of our goals, first and foremost: lifting the siege on Gaza.”

“As for getting the resistance to restore calm on the front while planes are killing people… it is unacceptable for this enemy to impose rules of engagement,” Haniyeh said.

Israel decided to tighten the blockade on Gaza as a kind of punishment, closing the Kerem Shalom crossing and reducing fishing areas before declaring that the flaming kites were included in ceasefire.

Meanwhile, Jihad leader Ahmed al-Mudallal clearly stated that the ceasefire does not include the marches and the incendiary kites.

Sources familiar with the talks told Asharq Al-Awsat that the kites issue was not discussed with Egypt as evidence with the ongoing launch of the incendiary attacks.

At least two groups launched kites towards Israel on Sunday. Israeli aircraft responded by opening warning shots at one of the groups, violating the ceasefire agreement and wounding two people in northern Gaza.

Attacks from both sides continued throughout Saturday despite strong Egyptian efforts to salvage the ceasefire, before eventually striking a truce.

United Nations envoy for the peace process Nikolay Mladenov also intervened to ensure the ceasefire came into force after long and complex talks with both sides.