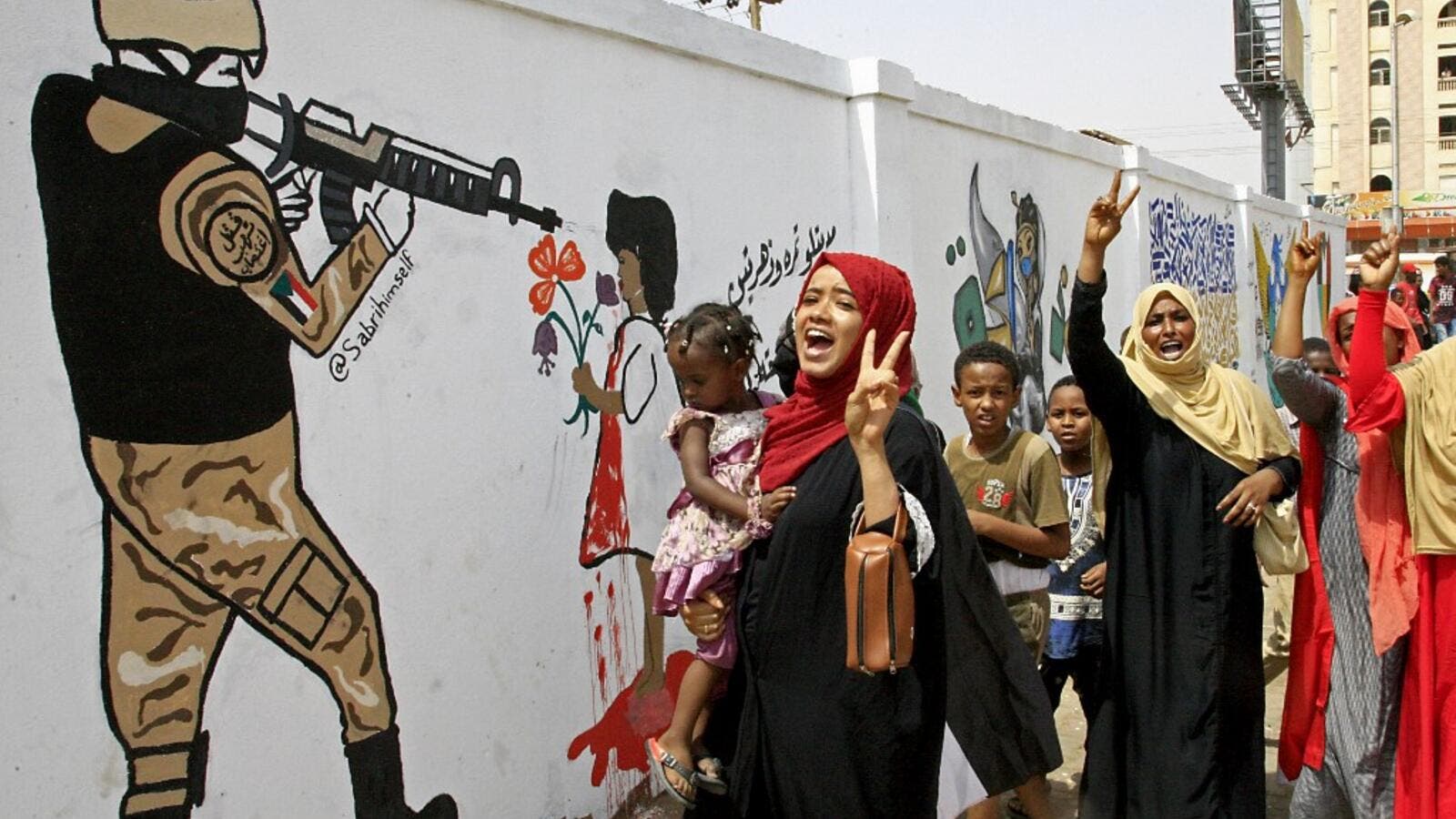 Female Sudanese demonstraters celebrate in Khartoum on August 4, 2019, after Sudan's army rulers and protest leaders signed a hard-won constitutional declaration that paves the way for a transition from August 18 to civilian. (AFP/ File Photo)
Highlights
Egypt hosted Sudanese protest leaders just before they are due to sign a power-transfer agreement with Khartoum's military ruling power..

Egypt wrapped up a two-day summit with Sudan's main protest leaders on Tuesday, its foreign ministry said, days before they are due to sign an agreement paving the way for civilian rule in the country.

The "important meeting" brought together the Alliance for Freedom and Change, Sudan's umbrella protest movement and the driving force behind the protests since December, and the rebel groups of the Sudan Revolutionary Front.

Its objective was "achieving peace" as the long-awaited deal is inked, the ministry said in a short statement on the discussions.

The results of the Cairo discussions will be presented before the leaders of the powerful alliance in Khartoum, the statement added.

Cairo has been a steadfast ally of Khartoum's military leaders after long-time autocrat Omar al-Bashir was toppled on April 11 following months of protests.

Last month, Egyptian President Abdelfattah al-Sisi met with powerful Sudanese military General Mohamed Hamdan Daglo, whose forces have been accused of carrying out a brutal crackdown on protesters in June.