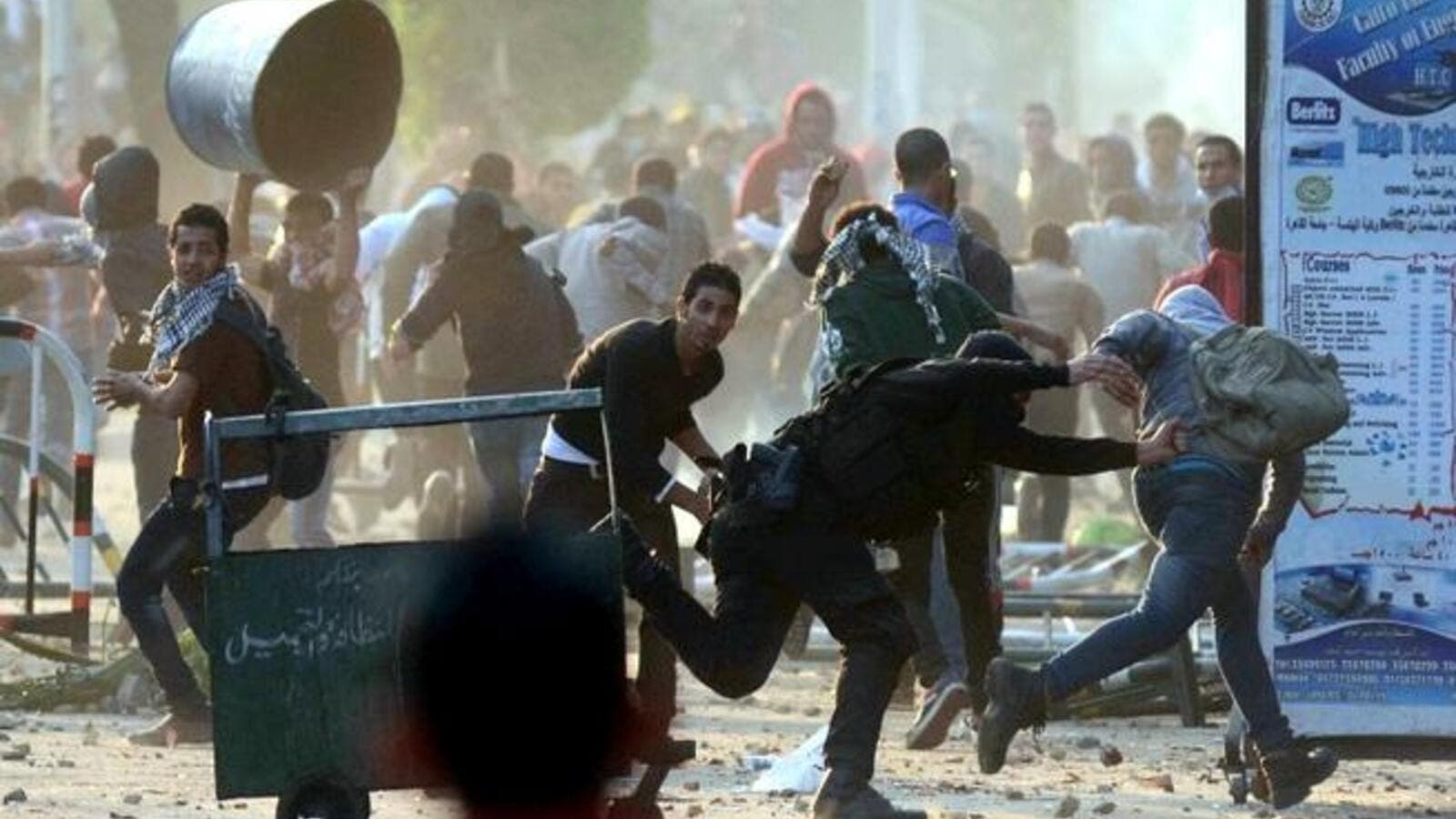 An Egyptian policeman tries to detain a student of Cairo University who support the Muslim Brotherhood during clashes with riot police in Cairo. [AFP]

Students at both male and female campuses attempted to prevent students and professors from entering while another group protested fellow demonstrators being referred to a disciplinary board, MENA reported.

In protests Monday, demonstrators burned a private bus and 10 students were arrested after a clash with campus security forces.

Administrators at the university have pledged classes will resume in advance of semester final exams.

Students have vowed to continue protests until suspects are arrested in the death of medical student Abdel Ghany Mohamed Hamoula, who died Nov. 21 in clashes with security forces.