Egypt Reduces Its Compensation Demands From Ever Given to $550 Million

Published May 26th, 2021 - 10:01 GMT
The Taiwan-owned MV Ever Given (Evergreen), a 400-meter- (1,300-foot-) long and 59-meter wide vessel, lodged sideways and impeding all traffic across the waterway of Egypt's Suez Canal. (AFP)
Highlights
Egypt has reduced container ship Ever Given's compensation by 40%. 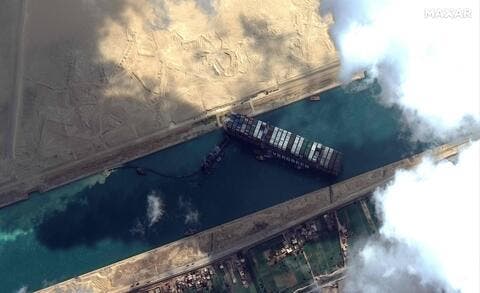 Egypt Will Not Free The Ever Given Unless Compensation is Paid

“We reduced the compensation amount by 40 percent to US$ 50 million out of $ 916 million, with facilities including $200 million in cash payment, and the rest being $350 million with facilities,” he explained.

During a phone interview with host Lamis al-Hadidi on her show Kalema Akhera (Last word), Rabie said that the company that owns the ship has failed to appreciate the effort that went into saving the ship. 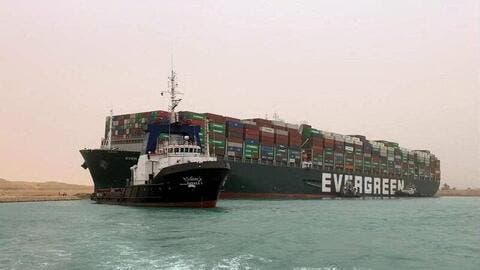 The Suez’s Blockage and the Long History of Maritime Capitalism

“Frankly, they did not appreciate the effort we did, and that we succeeded in floating the ship in six days without any losses, whether regarding the ship or the human element, and we did not receive the necessary appreciation and understanding from the company that owns the ship for the effort we have made as it offered to only pay $150 million, which is a meager sum. It does not cover the losses caused by its ship.”

#Egypt's Suez Canal Authority revealed yesterday that a rescue operator died during operations to free the Ever Given from the #Suez Canal after a rescue boat sank.

The Authority is requesting $550mil in compensation from the ship's owner. https://t.co/RCNjSA9UTe

He explained that the authority is only looking for compensation for its losses incurred from the disruption to navigation and trade.