Published May 5th, 2022 - 06:39 GMT
In this file photo taken on February 10, 2022 Elon Musk gestures as he speaks during a press conference at SpaceX's Starbase facility near Boca Chica Village in South Texas. Tesla chief Elon Musk has launched a hostile takeover bid for Twitter, insisting it was a "best and final offer" and that he was the only person capable of unlocking the full potential of the platform. (Photo by JIM WATSON / AFP)

Twitter was destructive before Elon Musk’s takeover and it will get worse. The question is not what has been lost in the sale of Twitter, but what new platforms might arise that can offer brighter futures. 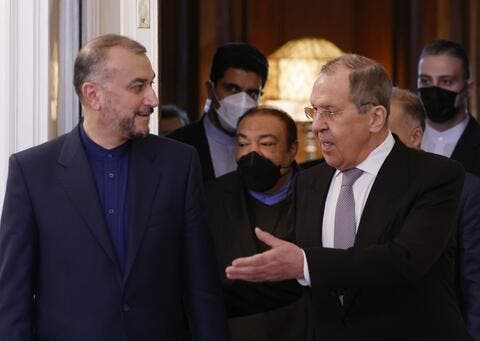 How Has the Invasion of Ukraine Affected The Iran Deal?

The response to Twitter’s $44 billion sale has been, in line with the platform’s raison d’être, very dramatic. One user posted that “all the biggest racists, worst people and most deceitful political smut peddlers are enthusiastic” about the deal. Elizabeth Warren summed up liberal responses by tweeting that the deal is “dangerous for [U.S.] democracy.”

Liberal dramatics are half appropriate. Social media has become central to the lives of around 75% of the world’s adult population. Consciousness is being directed by algorithms that both focus and distract our attention from political and social realities; an average of nearly two and a half hours per day is spent on social media across more than 4.6 billion users. Who hosts our attention is a vital political issue.

But, contrary to what the public outrage over Musk’s takeover would suggest, major platforms have long been held in private hands. Twitter, like Facebook and Youtube, is a vehicle to extract profits through the circulation of public discourse. Prior to last month’s sale, the biggest stakeholder was Vanguard Group, a U.S. investment firm managing over $7 trillion in assets. The second biggest stakeholder was Saudi Prince Al Waleed bin Talal Al Saud, a major owner of Citi investment bank. Needless to say, no private investor is primarily concerned with the nature of the discussion on online platforms. Their main interest with Twitter was profit.

As the saying goes: if you are not sure what the product is, you are the product. James Muldoon writes in his new book Platform Socialism: How to Reclaim Our Digital Future from Big Tech, that the metaphor of a “platform” is misleading: “digital platforms are themselves complex environments that have been painstakingly developed to guide users towards actions that are profitable for the company.” The idea that social media platforms are akin to open-mic events where everyone has an equal voice is a fallacy. Certain forms of content are elevated to drive interactions and increase profits.

But the darker elements of social media can not simply be pinned on those posting content. A recent study has shown how the architecture of online platforms facilitates and encourages “polarizing, impulsive, or antagonistic” content. News feeds and recommendations frequently push messaging that will inspire outrage, creating a feedback loop that encourages vexed responses. This language then forms the basis of online discourse.

Since the takeover, Musk has said he wants to increase the transparency of how Twitter operates. This would include making public the algorithms that curate how tweets are seen by users. But this fails to address one central issue. Major platforms now have a monopoly on certain forms of discourse; Twitter being the host of mainstream political and cultural content. If users don’t like how Twitter operates, they have few other places to go.

Musk has also suggested introducing a fee for businesses and governments. This ties with his promise to banks that he would raise higher revenues through Twitter if they serviced his loans to buy the platform. Twitter’s gross margin is low compared to competing companies like Facebook and Meta. It’s co-founder and CEO, Jack Dorsey, resigned last November to focus on Sqaure, a payments platform co-founded by Dorsey in 2009 that was valued at almost three times Twitter’s value late last year.

The idea of a subscription model has been floated by Facbook, and polls suggest it would be relatively popular. But these models have been designed to give people the option to protect their data from advertisers. A paying model for large corporations is likely to promote wealthy corporations on timelines whilst providing no benefit to ordinary users.

None of Musk’s recent suggestions address the central issue with capitalist platforms: ownership and control. For alternative platforms to answer societal needs they need to be radically transformative in the way they distribute power amongst employees, users, and creators.

So, what would alternative platforms look like? The most pressing matter would be the democratization of ownership. The peculiar status of the user, who is at once a consumer, worker, and, in relation to their data, a raw commodity, makes this complicated. In Platform Socialism, Muldoon suggests a multi-stakeholder model where ownership is spread between direct employees, users, and, depending on the nature of the platform, producers of content. 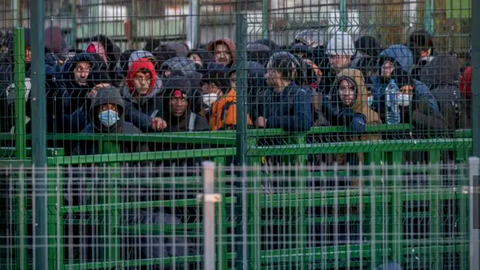 Anti-Refugee Rhetoric Is Falling In France, But Not For Everybody

Muldoon points to Resonate, a music-streaming service, which splits ownership between artists (45%), listeners (35%), and employees (20%). In social media terms, one can imagine an ownership model where a portion of the platform is controlled by different parties. Employees would control one share of the platform, whilst users and those who generate large amounts of content and interactions would control other portions.

Twitter isn’t going anywhere. Despite the deluge of tweets insisting users will leave if Musk takes over, this doesn’t seem to have materialised. As Paris Marx has written, “there’s unlikely to be a mass Twitter exodus because of Musk for the simple reason that this kind of drama is exactly what Twitter’s most dedicated users live for.”

Nevertheless, a striving for more equitable social media platforms is worthwhile in and of itself. Greater freedom is something that is continually practiced rather than ultimately achieved. Elon Musk’s takeover won’t lead to millions of users abandoning a sinking ship. Nevertheless, the ship is sinking if monopoly and private ownership continue to hold the reins over public discourse.