Published May 17th, 2021 - 10:43 GMT
Pope Francis celebrates a Holy Mass for the community of Rome's faithful of Myanmar, on May 16, 2021 at St. Peter's Basilica in The Vatican. REMO CASILLI / POOL / AFP
Highlights
Israeli attacks are not only against Palestinians but all Muslims, Christians, humanity, says Recep Tayyip Erdogan 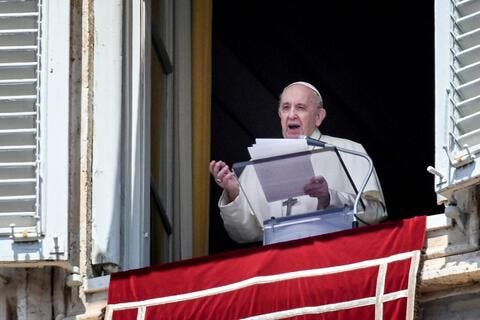 During their conversation, according to a Turkish Communications Directorate statement, Erdogan said an atrocity is being committed in Palestine, adding Israel's attacks are not only against Palestinians, but all Muslims, Christians and humanity.

Turkish President Erdogan and Pope Francis discuss Israel’s “massacre” of the Palestinians. Can the pope make a difference? pic.twitter.com/dLxuFm2SB2

Apart from blocking access to the Al-Aqsa Mosque and the Church of the Holy Sepulcher, restricting the freedom of worship, killing innocent civilians in the Palestinian lands, violating the human dignity, Erdogan said the occupying Israel is also endangering regional security.

Erdogan said all humanity should unite against Israel’s illegal and inhuman practices that also violate the status of Jerusalem. 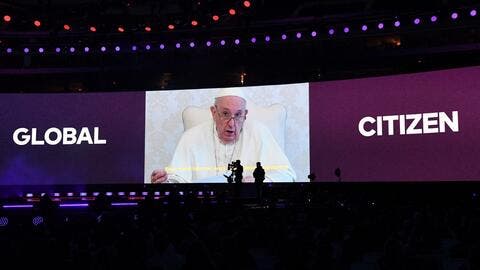 He noted that Turkey has carried out intense diplomacy at all relevant international platforms, especially at the UN, but the UN Security Council could not display the necessary sense of responsibility.