Officials and authorities in Albuquerque, N.M., are calling on the public to help track down a dark silver sedan described as a vehicle of interest in the deaths of four Muslim men in the city over the past few months. 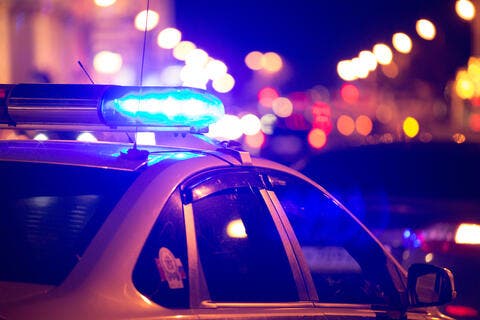 Pictures of the Volkswagen four-door sedan were published online by the Albuquerque Police Department and shared by local officials including New Mexico Gov. Michelle Lujan Grisham who called on the public to aid in the search.

WANTED: APD releases photos of a vehicle of interest in the shootings of 4 Muslim men. If you have any information about this vehicle please contact Crime Stoppers at (505)-843-STOP. pic.twitter.com/1h0vUvtbSg

"If you have any information about this vehicle of interest in the killings of four Muslim men in Albuquerque, please contact Albuquerque Crime Stoppers," she tweeted.

Crime Stoppers has offered a reward for information that aids in the arrest of a suspect, which its board has voted to increase from $15,000 to $20,000.

A search for the vehicle was launched after a Muslim man from South Asia was shot dead Friday night in the area of Truman Street and Grand Avenue. The man's identity was not released, but police said he was found dead at the scene.

Authorities believe that his murder may be connected to three previous slayings in the community of 27-year-old Muhammed Afzaal Hussain on Aug. 1, 41-year-old Aftab Hussein on July 26 and Mohammad Ahmadi on Nov. 7.

Hussain and Hussein were both Muslim men from Pakistan and Ahmadi was a Muslim man from Afghanistan.

Mayor Tim Keller told reporters during a press conference Sunday afternoon that it is a difficult and freighting time for Albuquerque with members of its Muslim community afraid to go shopping and school and to pray.

"This is where our city must demonstrate and our state must demonstrate the commitment to try and make this a safe and inclusive place in their time of need," he said. "That is our mission going forward."

Sick. I hope for the quick capture of the killer or killers before any more Muslim lives are lost to this hatred. https://t.co/biefiIHdww

He described the the pictures of the sedan captured in security video as "a very, very strong lead."

The sedan's body may show some damage and its windows were tinted, Deputy Chief Cecily Barker said without specifying how the car is related to the murders.

Grisham said during the press conference that she is "incredibly angry" about the deaths and called on all New Mexicans to stand up against "this kind of hatred."

"We will provide justice to the families who have lost everything," she said. "And this person or persons will be prosecuted to the fullest extent of the law."

"I am angered and saddened by the horrific killings of four Muslim men in Albuquerque," President Joe Biden tweeted Sunday. "While we await a full investigation, my prayers are with the victims' families, and my Administration stands strongly with the Muslim community.

"These hateful attacks have no place in America."