France Suspends Joint Military Operations With Mali Over The Coup

But the question remains — will France support the putschist leader if he names a civilian prime minister? 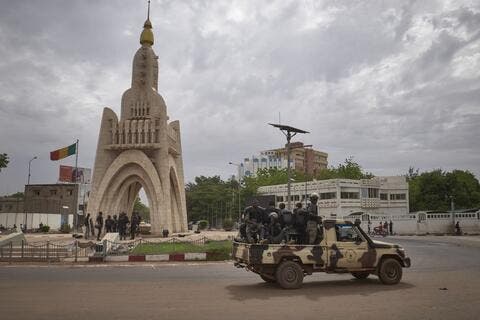 Mali Military Coup Slammed by All!

France has gone from making verbal threats to taking concrete action within a week. The French armed forces announced on Thursday that it would suspend joint military operations with the Malian forces over the recent coup.

Mali’s poorly-equipped and low-skilled armed forces heavily relied on France's military support to fight the raging insurgency which has affected large swathes of the country.

France’s Operation Barkhane plays a crucial role on the ground in Mali, particularly for intelligence and logistics, says Daniel Eizenga, a research fellow at the Africa Center for Strategic Studies.

In yet another blow, the Takuba force, launched in March 2020 by European special forces to train Mali's army, will also discontinue its activities.

French President Emmanuel Macron last Sunday threatened that Paris would pull its troops out of Mali following the second coup in only nine months.

Colonel Assimi Goita, the strongman behind last year's coup, declared himself president after forcibly detaining the interim president  Bah N'Daw, and his prime minister, Moctar Ouane who both were tasked to bring back the democratic rule to the county.

Macron said that France could not back a country "where there is no longer democratic legitimacy or transition."

In line with Macron, the French armed forces emphasised in its statement the “requirements and red lines” that have been drawn by ECOWAS, the West African regional body and African Union for Mali’s coup leaders to abide by the political transition in Mali.

Paris is clearly signalling Mali to push more forcefully to at least try and ensure a modicum of transition rather than the ongoing military rule, Andrew Lebovich, a policy fellow at the European Council on Foreign Relations said.

“France wants to send the message to the military leadership that for the junta, really, that there are limits to what they can do and that they all need to respect the limits stated on the timing of the transition,” Lebovich told TRT World.

Halfway through the transition phase, Mali was going to conduct presidential and legislative elections in February next year. But Colonel Goita hampered the transition after detaining transitional leaders and stripping them of their duties.

The second coup is “the straw that broke the camel’s back”, said Delina Goxho, an associate fellow at Egmont Institute in Brussels.

“Condemnation only gets to a certain point, and so France felt it needed to take action in a way to signal that actions of this sort, will not be looked over anymore, but will be followed by concrete action,” Goxho told TRT World.

Apart from France’s recent decision to suspend the joint operations against the militants, the international response to the second coup seems to exist only on paper without any concrete action.

After last year’s military takeover, ECOWAS closed its borders and suspended trade with the landlocked country to force coup leaders to form a transitional government with civilian figures.

In the meeting last week, in which West African leaders hosted Colonel Goita in Accra, no sanctions were imposed, and Goita’s transitional presidency was accepted.

At the same time, they demanded the immediate appointment of a civilian prime minister and for elections to be held in early 2022.

The African Union also did not go beyond suspending, and the UN Security Council only issued a condemnation which has no actual impact on the country.

However, even France’s move, Delina Goxho says, “isn't as revolutionary as headlines make it to be”.

“This is only a suspension of the military training of the Malian armed forces and joint operations. It doesn't mean that French counterterrorism operations will be stopped,” Goxho said.

Without additional support Mali’s army would not be able to counter the militants who already rule two-thirds of the country.

If, Eizenga says, the suspension of military operations becomes the new status quo, “it will likely embolden militant Islamist insurgents which threatens the lives and livelihoods of vulnerable communities in the region”.

Colonel Goita will be officially inaugurated as the transitional president on Monday and a new prime minister is also expected to be nominated. In Bamako, there are rumours that Choguel Kokalla Maiga from the opposition M5-RFP movement would be named Prime Minister.

Goita previously said he would choose the civilian prime minister from the movement in a bid to soften international concerns.

And unlike last time when the group distanced itself from the transitional government set up after the coup last year, it doesn't entirely oppose the idea of working with the military. The group is willing to put Choguel Maiga as prime minister.

“What remains unclear is whether France, ECOWAS, and AU will support Colonel Goita as president of the transition if he names a civilian Prime Minister or whether France will reverse its decision to suspend military cooperation,” Eizenga said. 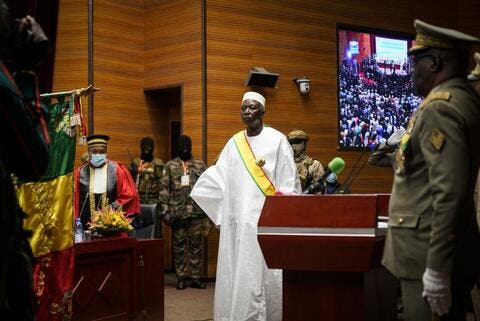 But for France, the red line seems to not be a military president like Colonel Goita anymore but rather an installation of a transitional government with a civilian prime minister.

“This is going to be a bit of window dressing and Paris knows this”, Goxha said.