France Warns Russia of Sanctions If Ukraine is Attacked

Published February 20th, 2022 - 08:45 GMT
French President Emmanuel Macron (R) meets with Russian President Vladimir Putin (L) in Moscow on February 7, 2022, for talks in an effort to find common ground on Ukraine and NATO, at the start of a week of intense diplomacy over fears Russia is preparing an invasion of its pro-Western neighbour. (Photo by SPUTNIK / AFP)
Highlights
Sergey Lavrov says West's disregard of Russia’s security rights affects stability in Europe.

The exceptional number of cease-fire violations in eastern Ukraine is highly concerning and any further attacks will lead to massive sanctions, France warned Moscow on Saturday 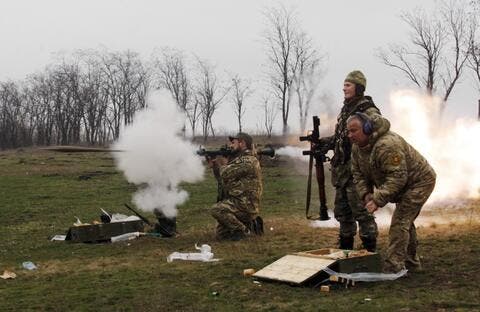 Video Shows Ukrainian Minister of Interior Running Away From Shelling

The warning came as the two sides exchanged views amid escalating military action on the eastern borders of the European region.

Foreign Minister Jean-Yves Le Drian held a telephone call with his Russian counterpart, Sergey Lavrov, warning him of the “consequences” for “contravening commitments made under the recently held Normandy format talks.”

France, which currently holds the presidency of the European Council, will “assume responsibility” in case Moscow further attacks the territorial integrity of Ukraine, the Foreign Ministry said in a statement.

In a separate interview with BFMTV news, ministry spokesperson Anne-Claire Legendre also reiterated the enforcement of sanctions in the event of an escalation of the armed conflict.

“The sanctions are thought out and considered so that they have an unprecedented impact on the Russian economy," she said, adding that the unprecedented concentration of Russian troops is evidence that “Moscow is prepared to lodge an offensive against Ukraine."

Legendre denied France would send troops to Ukraine, saying Paris support for Kyiv would be reflected only through sanctions.

Paris has, however, offered to send its military to Romania to fight alongside NATO allies, she told BFMTV news.

France emphasized the need for de-escalation through dialogue. Le Drian maintained, “it is up to Russia to choose such a dialogue if it has the sincere will. Today, Russia's deeds and words are out of step.”

But Lavrov contended that the West’s accusations of a potential invasion of Ukraine were unfounded.

He accused Kyiv of drumming up a military campaign in the Donbas region and carrying out armed provocations.

“Under the passive eye of Paris and Berlin, who are parties to the Normandy talks, Kyiv is blatantly refraining from its commitments under the Minsk Package of Measures,” according to a statement from the ministry, quoted in the Russian news agency TASS. “The West's disregard of Russia’s rights in the field of security affects stability in Europe and the world in general.”

Lavrov said all states should comply with the legally binding security guarantees in Europe to ensure there is "equal and indivisible security based on the balance of interests of the sides.”

If #Russia’s gas trade to Europe was to be disrupted by conflict or deeper sanctions the repercussions for the European Union’s economies would be devastating. There is no way that Germany, France and the EU could survive without Russian oil and gas. https://t.co/AMV61oXU77

Paris, Berlin, Moscow and Kyiv, are part of the Normandy format initiative to amicably resolve the crisis at the eastern borders.

Leaders and diplomatic advisors of the four sides have met multiple times to discuss political solutions since the initiative was first established in 2014 when Russian forces invaded the Donbas region and annexed the Crimean peninsula. 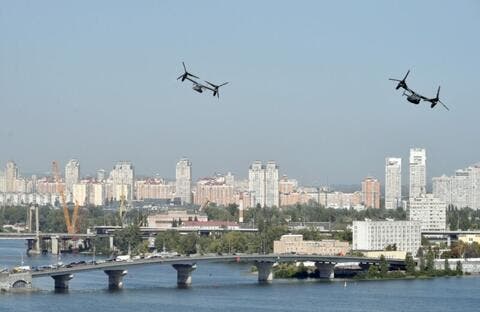 Ukraine Crisis: What Does Israel Want From Moscow?

France and Germany have maintained that the Minsk agreement reached in 2015 to implement a peace plan and end fighting is the only way to settle the crisis.

But Russia and Ukraine blame each other for not upholding their side of the deal.