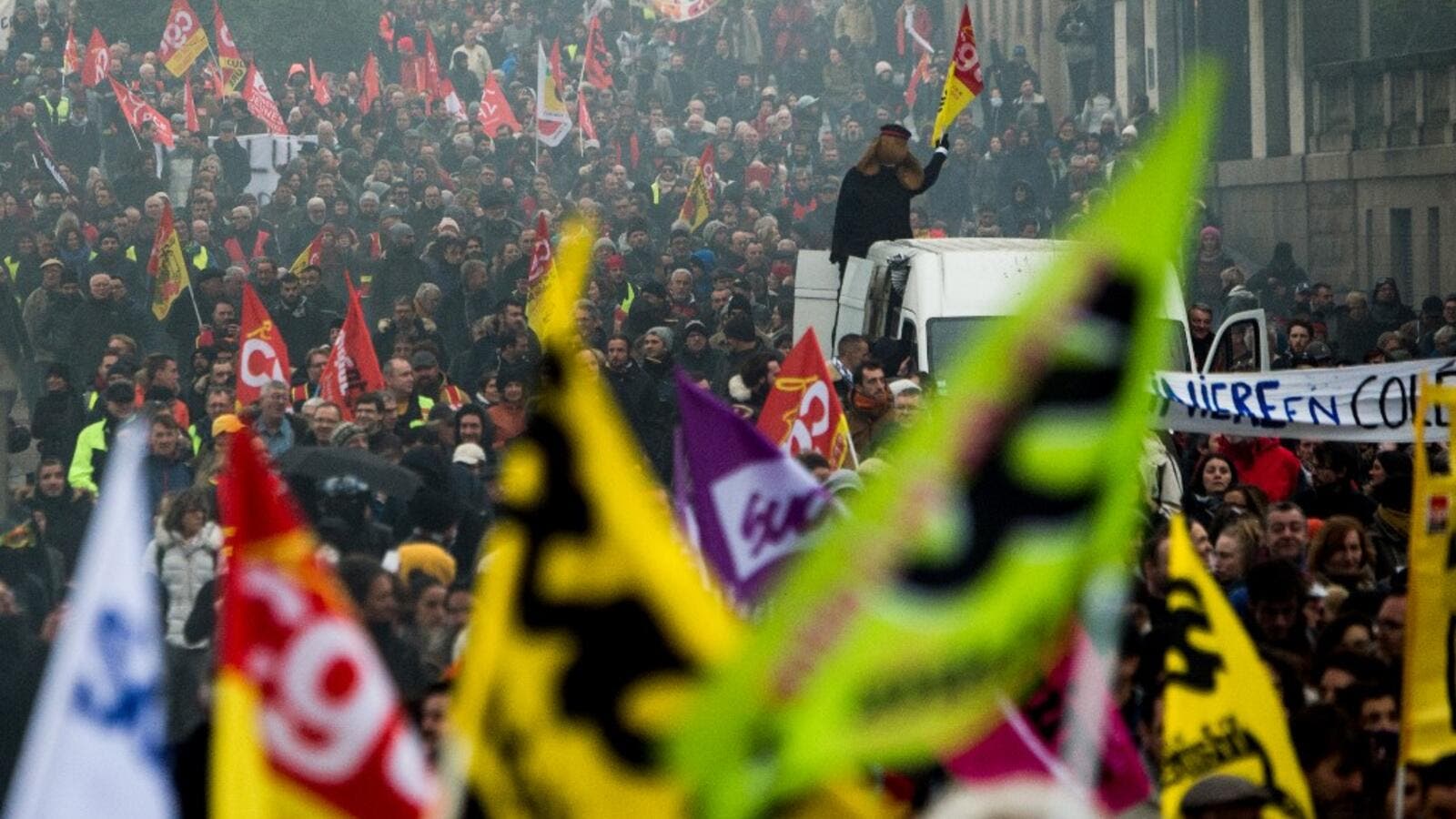 French unions have vowed to keep up the fight over the reforms, which are set to be finalised and published on December 11, with mass demonstrations in Paris and other cities, with teachers and other workers who once again have walked out alongside transport workers. Loic VENANCE / AFP

Day six of France’s largest general strike since 1995 saw massive union-led protests nationwide for the second time in a week.

Public transport continues to run at only around 10% capacity and both public and private sector workers waked off the job in huge numbers yet again.

Nearly one million protesters rallied nationwide which is especially impressive given the lack of union solidarity.

Tomorrow the government will finally unveil the details of the pension reform, which they have delayed to avoid further inflaming public opinion. The nation’s largest union has not joined the strike, but they will make their crucial decision once the unprecedented system is finally revealed.

However, the nation’s prime minister announced that nobody should expect him to say anything which would immediately stop the protests; that’s another indication of President Emmanuel Macron’s infamous reluctance to negotiate or compromise.

The one-size-fits-all pension system touted by Macron would be a world’s first. When it is finally clear how it plans to work, it seems highly unlikely that citizens will get larger pensions instead of smaller ones. The plan will include a backdoor two-year high to the retirement age.

New polls show 70% of the nation supports the strikers, making them as popularly supported as the Yellow Vest anti-government movement. A majority of France says the general strike is about the ensemble of Macron’s policies, which have drastically increased economic inequality and societal instability.