French President Emmanuel Macron arrived in Saudi Arabia on Saturday as part of a Gulf tour that also includes the United Arab Emirates (UAE) and Qatar. 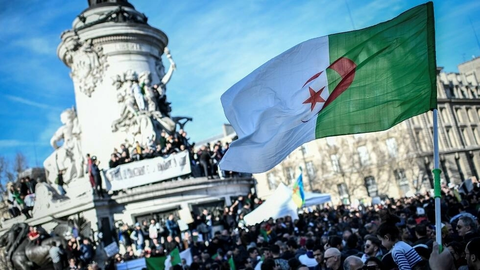 Macron Recognizes The Algerian Massacre Long 'Hushed up' in Paris

Macron is expected to meet with Saudi Crown Prince Mohammed Bin Salman during the visit for talks on regional issues, including the crisis in Lebanon and stalled nuclear talks with Iran, France 24 reported.

The French president’s visit to the oil-rich kingdom is the first by a Western leader since the murder of journalist Jamal Khashoggi in 2018.

“Who can think for one second that we can help Lebanon and preserve peace and stability in the Middle East if we say: 'We're not going to speak to Saudi Arabia, the most populated and most powerful country in the Gulf'?" Macron told reporters in Dubai, the first leg of his tour.

"It doesn't mean that I endorse anything, that I've forgotten, that we're not demanding partners," the French leader clarified, noting that he is only acting in the interests of France and of the region.

Macron and Saudi Arabia knew who will help Lebanon in this crisis will control future of Lebanon .
Lebanese people can't do anything while big countries control their future. https://t.co/yu3Z3DqAZ2

Macron's official two-day Gulf tour kicked off on Friday. He has already concluded stops in the UAE and Qatar. 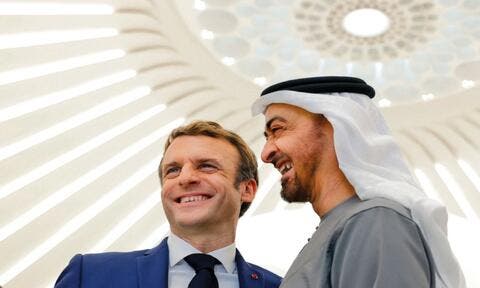 On Friday, France agreed to the sale of 80 Rafale jets and 12 Caracal military helicopters to the UAE, after talks between Macron and Crown Prince of Abu Dhabi, Mohammed bin Zayed.

During his visit to Qatar, Macron discussed with Emir Sheikh Tamim bin Hamad Al Thani the strengthening of defense and security relations between the two countries.