Published December 19th, 2021 - 07:42 GMT
Rescuers gather amid the debris of a bank building that collapsed after a gas blast in Karachi on December 18, 2021, as at least 12 people were killed and several more injured. (Photo by Rizwan TABASSUM / AFP)
Highlights
1 more killed in bomb explosion in southwestern Balochistan province, official says

At least 16 people were killed and nearly a dozen injured in a suspected gas leak explosion that shook the southern port city of Karachi, police and health officials said. 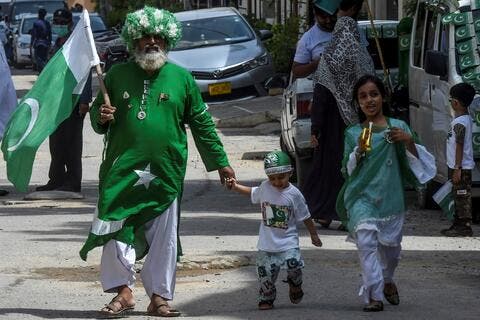 Why Are Pakistani Children More Likely to Die of COVID-19?

The explosion occurred outside a building in an industrial district of Karachi, which serves as the country's commercial capital, causing the roof and walls to collapse.

At least 10 people killed, 11 others injured in blast suspected to be caused by gas leak in southern Pakistani city of Karachihttps://t.co/YGeaArMekw

Health Minister for southern Sindh province, of which Karachi is the capital, Dr. Azra Pechuhu told reporters that at least 16 people were killed and 11 injured in the blast.

The deceased included the father of a ruling party parliamentarian, Alamgir Khan.

All 11 people being treated for injuries are in critical condition, he added.

According to the initial investigations, the police said, the blast is believed to be the result of leakage in a nearby gas pipeline. Further investigations to ascertain the cause are underway, the police added.

Pakistan: (gas leak) explosion at Karachi bank leaves at least 15 dead - the blast at a branch of Habib Bank Ltd, Pakistan’s largest lender, could have been caused by a gas leak. https://t.co/MTWdiYSB30

Footage aired on local broadcaster Geo TV showed rescuers scrambling amid the rubble to pull out bodies and injured, taking them to nearby ambulances.

Several vehicles parked outside the building were completely or partially charred as broken glass, metal pieces, and blood-soaked shoes and caps and clothes were strewn at the site. 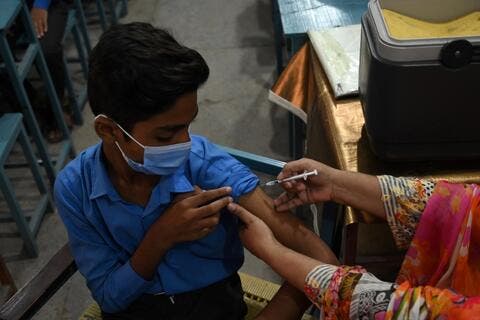 Authorities said that the building, which also housed a private bank, was illegally constructed on a drainage line.

Industrial accidents are common in the South Asian nuclear state, where safety standards are lax.

LGBTQ+ Rights vs Mormon Church: A Tech Billionaire Made His Choice