Germany Committed to a Negotiated Solution to The Israel-Palestine Conflict

Published September 18th, 2019 - 07:40 GMT
German Chancellor Angela Merkel and King Abdullah II of Jordan give a joint press conference following talks on economic issues and the bilateral relationship of their two countries on September 17, 2019 at the Chancellery in Berlin. Tobias SCHWARZ / AFP
Highlights
The importance of maintaining coordination and consultation between the two countries on various matters of mutual concern was also stressed, with the goal of achieving peace and bolstering security and stability in the region.

King Abdullah on Tuesday met Federal President of Germany Frank-Walter Steinmeier at Bellevue Palace, and discussed the strategic Jordanian-German ties and means to enhance cooperation in all areas.

King Abdullah expressed Jordan’s appreciation for the support provided by Germany for several development projects in the Kingdom, a Royal Court statement said.

The meeting also covered regional concerns and the need to find political solutions to crises in the region.

The importance of maintaining coordination and consultation between the two countries on various matters of mutual concern was also stressed, with the goal of achieving peace and bolstering security and stability in the region.

His Majesty highligted the need for concerted international efforts in rejection of all unilateral measures that could undermine the two-state solution — the only solution to the conflict, which leads to the establishment of an independent Palestinian state on the June 4, 1967 lines with East Jerusalem as its capital, living side by side with Israel in peace and security.

For his part, President Steinmeier, stressed the importance of Jordan’s role, under His Majesty’s leadership, in achieving security and stability in the region, highlighting the Kingdom’s humanitarian role in shouldering the burden of hosting refugees, according to the statement.

Foreign Minister Ayman Safadi, Adviser to His Majesty for Communication and Coordination Bisher Khasawneh, Jordan’s Ambassador in Berlin Bashir Zoubi, and a number of German officials attended the meeting.

Meanwhile, King Abdullah’s talks with German Chancellor Angela Merkel in Berlin on Tuesday focused on means to bolster cooperation and the strategic partnership between the two countries, as well as the latest regional and international developments.

In remarks to the press after bilateral and expanded talks held at the Federal Chancellery, King Abdullah reaffirmed the deep-rooted ties between Jordan and Germany, expressing appreciation for Germany’s support and for recognising the burden Jordan is shouldering as a result of the Syrian refugee crisis, according to the statement.

His Majesty said the two countries this year mark the 60th anniversary of Jordanian-German development cooperation, expressing keenness to continue collaboration in the best interest of the two countries.

Tuesday’s talks offered an opportunity to exchange views, the King added, noting that Jordan and Germany see eye to eye.

His Majesty said the Palestinian-Israeli conflict remains “the major conflict in the region. And we are very concerned that any escalations that prevent the launch of negotiations between both sides will only add to the burdens that we have, going into the future, so we hope that there is common sense that prevails, and this is where, again, Germany and Jordan look to the future in a unified way”.

Highlighting the Hashemite Custodianship of Islamic and Christian holy sites in Jerusalem, the King said, “We are proud to carry that responsibility on behalf of Muslims and Christians, but we all in the world have a stake in Jerusalem. It is a religious and historical obligation of the Christian and Muslim worlds to guarantee the future of this holy city. And, again, I thank the role of Germany in being able to engage positively on this issue.”

Responding to a question on the Israeli statements regarding the annexation of the Jordan Valley in the West Bank, His Majesty said such statements will have an impact on the relationship between Israel and Jordan, and Israel and Egypt, and do not help create an atmosphere conducive to bringing the Palestinians and the Israelis to the negotiating table, the statement added.

“These types of statements are a disaster to any attempt to move forward to the two-state solution, and we are looking at this with tremendous concern in Jordan, because it does not bode well for trying to get Israelis and Palestinians together,” the King said.

Answering a question on the future of Jordan’s economy, His Majesty said Jordan has target-oriented plans for economic reform over the next five years that capitalise on Jordan’s points of strength, “our very capable, young, talented population”.

The King pointed to tourism, IT and healthcare as promising sectors in Jordan, adding that the World Economic Forum has named 27 Jordanian start-ups among the top 100 start-ups in the region, according to the Royal Court.

“The government is committed to a very strong fiscal reform programme, and so, we are looking at improving the process over the next year or two, but that wouldn’t be as successful, if it weren’t for the strong support that we get from Germany, as well as the tremendous support we get from the EU,” His Majesty said.

For her part, Chancellor Merkel welcomed the King to Berlin, noting that their last meeting was in Assisi, Italy, when His Majesty received the Lamp of Peace Award.

Germany continues to work with Jordan, and is aware of the challenges that the Kingdom faces, Chancellor Merkel said, citing the “enormous humanitarian burden” carried by Jordan, the statement said.

“Let us not forget that they have a large number of refugees, due to the conflicts in the region, and the high number of Syrian refugees,” she added.

“Jordan is doing exemplary work and extraordinary work in a region that is very much rent apart with conflicts,” the chancellor affirmed.

“We were one in saying that primarily what we need is a political process. It seems as if we were very close to a constitutional committee being set up under the auspices of the United Nations. A process then has to be initiated that creates a political environment that is conducive to a possible return of refugees, particularly in the region—Lebanon, Jordan, but also in Turkey. This is of prime importance to those countries,” she said.

“We also talked about the situation in Iran. I explained that we, from a European vantage point, think that JCPOA could be one possible building stone to which we ought to return, but it is true, there are a number of other burdens that are created by Iran — the ballistic missile programme, the activities in Syria, their military engagement there, and obviously, we need to discuss a number of matters,” the chancellor added.

“We are for a diplomatic process; we are trying to bring this diplomatic process forward, but over the past few days, obviously, tensions have, yet, again increased in the region. And this is why we firmly say, we stand firmly on the side of de-escalation, long-term solutions can only be found through political means,” she said.

Responding to a question on Germany’s reaction to the Israeli statements on annexation, Chancellor Merkel said the Federal Government is “committed to a negotiated international peace solution and peace settlement, in the direction of a two-state solution”.

“Any kind of annexation is always detrimental to such a process; they do not help, such moves, and that’s why we do not agree with such a policy,” she noted.

Commenting on the recent drone attack in Saudi Arabia, she said, “As regards the origins of the attacks against Saudi Arabia that we obviously condemn, we shall have to wait and see for the intelligence coming out of that. I cannot, as yet, come to a definitive position on this, but I think it all has to be seen in the overall context of tensions in the region at large.”

Commenting on this issue, His Majesty expressed Jordan’s “full support to the Kingdom of Saudi Arabia, and we hope that we can get past this conflict as quickly as possible, but from the Jordanian point of view, the security and stability of Saudi Arabia is all-important to us in Jordan”.

“All of us are working tremendously in the international community to de-conflict and bring the crisis down, because we cannot afford a Pandora’s Box scenario in our part of the world,” the King said.

Chancellor Merkel also emphasised the urgency of reaching a negotiated settlement to the Yemen conflict.

“It looks difficult, I admit, at this point in time, but we must not relent in trying to find a solution,” she said. 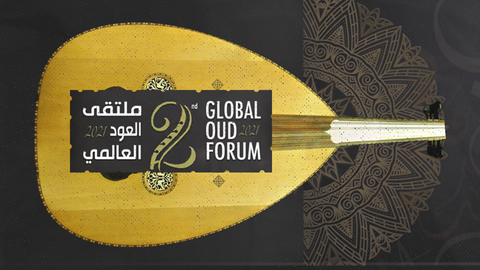