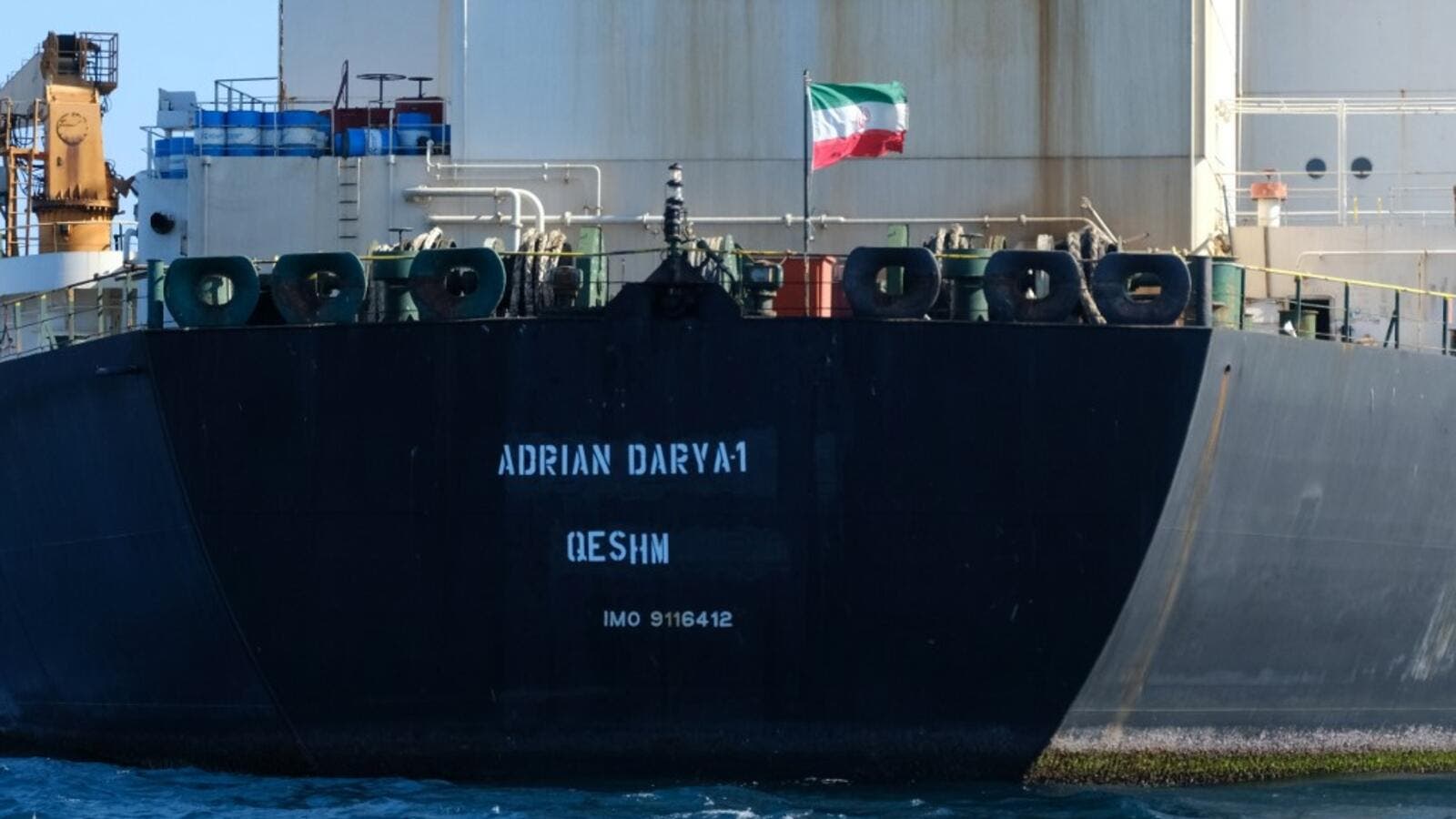 An Iranian flag flutters on board the Adrian Darya oil tanker, formerly known as Grace 1, off the coast of Gibraltar on August 18, 2019. (AFP/ File Photo)

Gibraltar’s government says it has knocked back a request by Washington to detain the Adrian Darya 1 supertanker, which was seized by British marines in the Strait of Gibraltar last month carrying Iranian oil.

“The EU sanctions regime on Iran is fundamentally different to that of the US,” the Gibraltar Government said in a statement on Sunday.

“The Gibraltar Central Authority [for Mutual Legal Assistance] is unable seek an Order of the Supreme Court of Gibraltar to provide the restraining assistance required by the United States of America,” it said.

The statement added, "“The Central Authority's inability to seek the orders requested is a result of the operation of European Union law and the differences in the sanctions regimes applicable to Iran in the EU and the US.”

On Friday, the US Department of Justice (DOJ), on several allegations, unveiled a warrant for the seizure of the Iran-operated supertanker, which now raises an Iranian flag and has changed its name to Adrian Darya 1.

The DOJ also alleged that there had been “a scheme to unlawfully access the US financial system to support illicit shipments to Syria from Iran.”

Britain’s naval forces unlawfully seized the vessel, then known as Grace 1, and its cargo of 2.1 million barrels of oil in the Strait of Gibraltar on July 4 under the pretext that the supertanker had been suspected of carrying crude to Syria in violation of the European Union’s unilateral sanctions against the Arab country.

Consisting of an irregular imposition of EU regulations on a non-EU member state, the measure was vehemently condemned by Tehran as being an act of “maritime piracy" done at the request of Washington.

In a related development, Iranian Navy Commander Rear Admiral Hossein Khanzadi said on Sunday that the country's naval forces are ready to escort Adrian Darya-1 if it is required to do so.

The commander, however, added that Iran's Navy has no current plan to dispatch any fleet to Gibraltar to escort the supertanker, but is ready to do so if demanded by relevant Iranian authorities.

Khanzadi further emphasized that the Armed Forces are “part of the country’s marine power,” adding, “We are part of this mechanism, which support marine navigation in the country.”

Meanwhile, Iran’s Ambassador to the UK Hamid Baeidinejad said that the vessel is expected to leave Gibraltar late Sunday.

"The ship is expected to set sail tonight after two specialized engineering teams arrive in Gibraltar via two different flight routes," the Iranian envoy said in a post on his Twitter page.

Earlier on Sunday, Baeidinejad rejected claims that Tehran renamed the tanker to avoid US sanctions, saying the move was in line with international maritime rules.

He added that Iran renamed Grace 1 to Adrian Darya-1 simply because Panama as the previous flag state of the ship had refused to continue to keep it registered after it was detained in Gibraltar for alleged breach of sanctions on Syria.