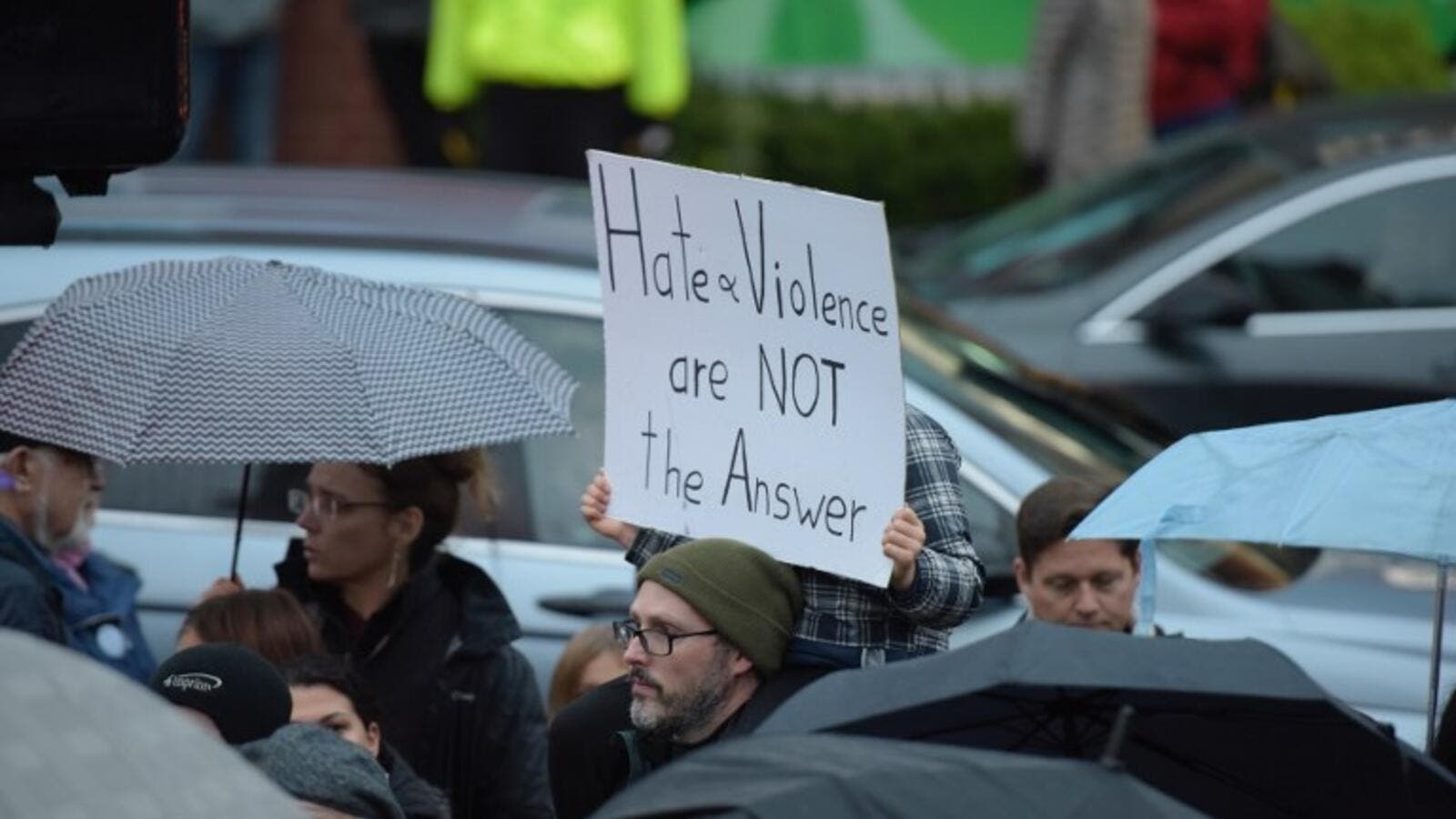 People gather for a vigil in Squirrel Hill, Pennsylvania on October 27, 2018, to remember those that died in the Tree of Life Synagogue shooting earlier in the day (AFP)

The gunman, who opened fire inside a synagogue in Pittsburgh, Pennsylvania, has been charged with 29 criminal counts, the Justice Department says.

Armed with an AR-15-style assault rifle and at least three handguns, Robert Bowers, the suspect, reportedly shouted "all Jews must die" as he entered Tree of Life Congregation in the Squirrel Hill neighborhood on Saturday.

The 20-minute rampage described as among the deadliest against the Jewish community in the U.S. left eleven people killed and six others wounded, including four police officers who dashed to the scene.

Bowers was shot several times during the shoot-out with police and was transferred to a hospital in stable condition.

Federal prosecutors charged the 46-year-old local resident with obstructing the free exercise of religious beliefs as well as using a firearm to commit murder. In addition, he faces state charges that include 11 counts of criminal homicide, six counts of aggravated assault and 13 counts of ethnic intimidation.

"The crimes of violence are based upon the federal civil rights laws prohibiting hate crimes," the U.S. Attorney's Office of the Western District of Pennsylvania said in a statement.

According to the authorities, Bowers had no previous criminal history. However, he had previously spoken out against the Jewish community on social media.

President Donald Trump, who condemned the attack and branded it as anti-Semitic, said he planned to visit Pittsburgh, but did not say when.

“What happened today is a horrible, horrible thing," Trump told reporters after stepping off Air Force One in Indianapolis, Indiana. “It looks definitely like it’s an anti-Semitic crime. That is something you wouldn’t believe could still be going on.