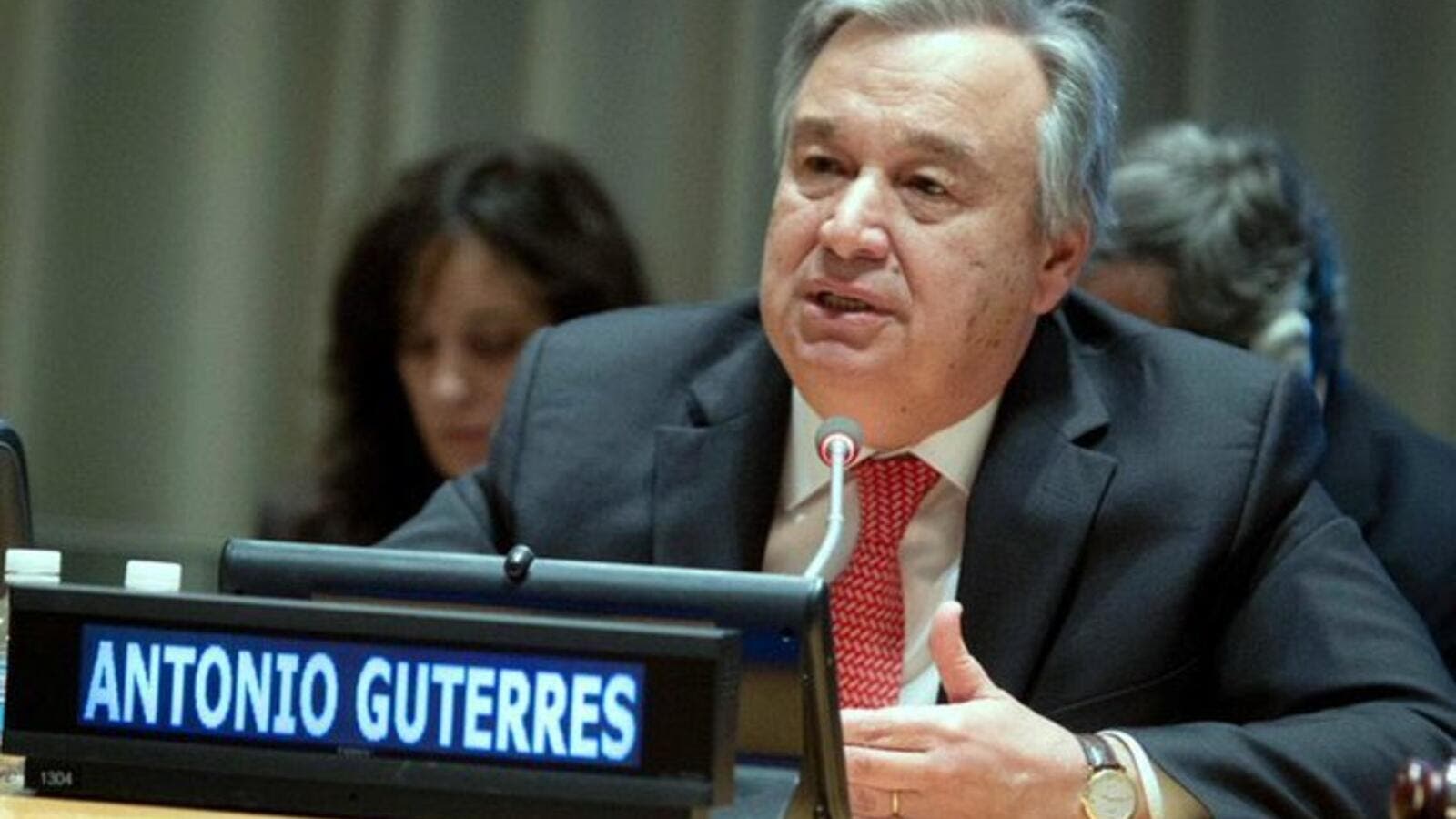 UN Secretary-General Antonio Guterres (Twitter)
Highlights
It would “be devastating to the potential of reviving negotiations and regional peace, while severely undermining the viability of the two-state solution,” he said.

“Such steps, if implemented, would constitute a serious violation of international law,” Guterres’s spokesman Stephane Dujarric said in a statement on Wednesday.

The UN chief said such a move would undermine chances for peace in the Middle East region.

It would “be devastating to the potential of reviving negotiations and regional peace, while severely undermining the viability of the two-state solution,” he said.

Netanyahu on Tuesday vowed to annex the Jordan Valley in the West Bank if he emerges victorious in the snap legislative elections on September 17.

Netanyahu’s pledge was roundly condemned by the Palestinians as well as countries in the Middle East, including Jordan, Iran, Turkey and the United Arab Emirates (UAE).

Netanyahu hinted that US President Donald Trump’s yet-t-be-unveiled |peace” proposal on the Israeli-Palestinian conflict would allow the regime to annex the Jordan Valley — which accounts for a quarter of the West Bank — and the northern Dead Sea.

He said he expected Trump to present his highly controversial plan just days after Israel’s September 17 elections, and that he would look to apply “sovereignty” over the settlements built on occupied Palestinian land in coordination with Washington.

International bodies like the UN, the European Union (EU) and the Arab League also denounced the plan.

The EU said it would not recognize any change to Israel’s borders that was not agreed to by both sides.

The UN on Tuesday warned that the plan would have no “international legal effect.”

The Organization of Islamic Cooperation (OIC) also said it would hold an emergency foreign ministers’ meeting on Sunday to discuss the issue.

Palestinian President Mahmoud Abbas stressed that all agreements signed with Israel and their resulting obligations would end if the Tel Aviv regime annexes the Jordan Valley.

“We have the right to defend our rights and achieve our goals by all available means, regardless of the consequences, as Netanyahu's decisions contradict with United Nations resolutions and international law,” Abbas pointed out.

Israel occupied the West Bank in the 1967 Six-Day War in a move never recognized by the international community.

The Jordan Valley accounts for around one-third of the West Bank. Israeli right-wing politicians have long viewed the 2,400-square kilometer (926.65-square mile) strategic area as a part of the territory they would never retreat from and stated that the Israeli military would maintain its control there under any peace agreement with the Palestinians.