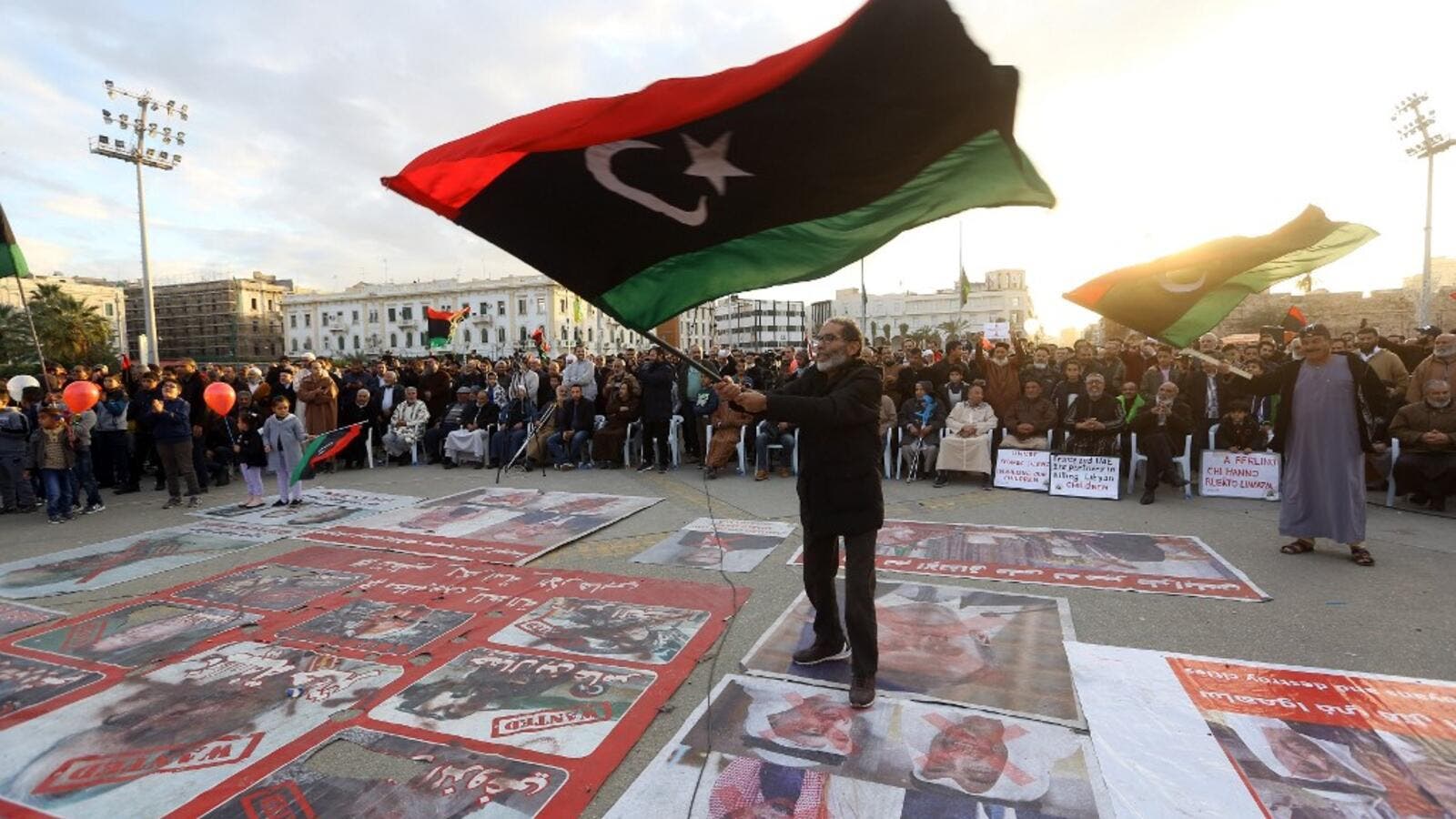 Haftar's forces in April launched an offensive against the capital, seat of the GNA. Turkey supports the GNA while Russia is accused of supporting Haftar. Mahmud TURKIA / AFP
Highlights
"As it is understood, Haftar was obliged to leave the negotiation due to his allies despite Russia's efforts," he said.

Professor Ferhat Pirincci, an international relations and foreign policy expert at Uludag University, said Haftar's reasons for leaving the negotiations in Moscow can be broken down to a tactical move and a strategic one.

“Haftar does not want to lose his advances in southern Tripoli. Because technically, a possible pullback in the region due to the cease-fire, can be understood as a defeat for the Haftar forces,” he said.

He said there are also two strategic policies among the reasons.

Stressing Haftar's military advance in the battlefield, Pirincci said Haftar does not want to share power in Libya.

"Haftar was about to capture Tripoli completely with his military gains in the field, therefore, he did not want to be only a copartner of a possible new system, he wanted all his gains," he said.

As the second strategic step, Pirincci said that Haftar is not an independent actor in the region, therefore, he needed to convince his strategic partners such as France, the UAE and Saudi Arabia.

"As it is understood, Haftar was obliged to leave the negotiation due to his allies despite Russia's efforts," he said.

Pirincci said this approach will work against Haftar and his aggressive behavior will change perceptions about him on the international front.

He said Russia will continue putting pressure on Haftar to abide by the temporary cease-fire which started on Sunday.

"If Russia fails to do that, it is very likely Haftar's forces will strike again," he added.

This might make the UN-recognized Government of National Accord (GNA) appear as the sane voice in Libya.

"Haftar's leaving from the negotiation table gave some advantages to GNA and its supporters. If Haftar's forces lose its power and position in the field, local actors who support Haftar can criticize his policies and may change the structure of Haftar forces," he said.

Pirincci advised Turkey to follow a two-pronged strategy after the failed negotiation.

"On the one hand, Turkey should increase the diplomatic pressure on Haftar by taking more political support from Russia, Italy, Tunisia, Qatar and Algeria. On the other hand, Turkey should give more military assistance to GNA forces to repel Haftar forces," he said.

Since the ouster of late ruler Muammar Gaddafi in 2011, two seats of power have emerged in Libya: one in eastern Libya supported mainly by Egypt and the United Arab Emirates, and the other in Tripoli, which enjoys UN and international recognition. Therefore, severe conflicts have begun between the two powers in the region.

On Jan. 12, the warring sides of the Libyan conflict announced a cease-fire in response to the call of Turkish President Recep Tayyip Erdogan and Russian President Vladimir Putin.

On Monday, the sides in the Libyan conflict gathered in the Russian capital Moscow to discuss a cease-fire meant to end the hostilities in Libya and start a political dialogue.

However, Haftar rejected to sign the deal and he left the meeting after Fayez al-Sarraj, the head of Libya's Government of National Accord (GNA), signed the deal.