Published July 9th, 2021 - 05:06 GMT
People cheer as a police car drives past at the Petionville Police station where armed men, accused of being involved in the assassination of President Jovenel Moise, are being held in Port au Prince on July 8, 2021. Valerie Baeriswyl / AFP
Highlights
26 Colombians also allegedly involved in assassination of Jovenel Moise, say authorities

Police in Haiti have arrested 17 suspects in the assassination of President Jovenel Moise, including two Haitian Americans and 15 Colombians, officials said Thursday. 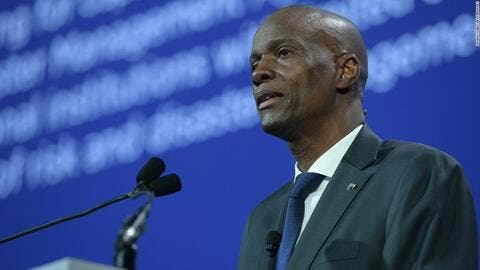 President Moise was killed Wednesday in an armed attack at his private residence in the capital Port-au-Prince by a group of gunmen who authorities say spoke Spanish and English.

Taiwan on Friday said 11 suspected assassins of Haitian President #JovenelMoise broke into its embassy in an attempt to flee but were later apprehended by police #Haiti https://t.co/RvMIabk4To

Haiti's first lady, Martine Moise, who was wounded in the attack, was transferred to a hospital in Miami, Florida, where she is being treated.

The group of men that killed Moise consisted of two Americans and 26 Colombians, according to information provided at a press conference Thursday by the director of the Haitain National Police, Leon Charles.

"We have arrested 15 Colombians and two Americans of Haitian origin. Three Colombians have been killed, while eight others are on the loose," Charles said.

Officials had said earlier that four of the suspects had been killed.

The American men have been identified as Joseph Vincent and James Solages, both of Haitian descent.

Colombian Defense Minister Diego Molano said Thursday that the suspects were former members of the army.

“In response to the assassination of Haitian President Jovenel Moise, Interpol has requested information today from the Haitian government about the alleged perpetrators of the assassination. Initially, the information indicates that they are Colombian citizens, retired members of the national army.”

Retired members of Colombia’s army are suspected of having participated in the assassination of Haitian President Jovenel Moise, Colombia’s defense chief says https://t.co/tsvNX82vQl

Authorities have launched an investigation into how the suspects arrived in the country, but it is possible that they entered through the border with the Dominican Republic. 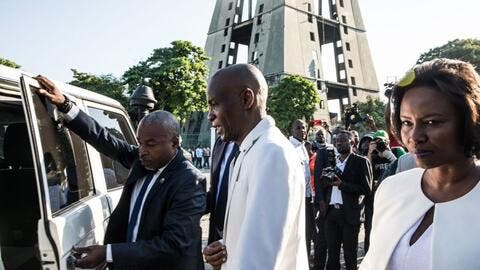 The recent events have plunged the country into a leadership crisis. Moise, 53, took office in 2017 after a contested election. After failing to hold elections, the opposition had been demanding him to step down.

Only a day before his death, Moise had appointed a new prime minister, who was due to take office this week. Haiti is scheduled to hold presidential and legislative elections on Sept. 26.